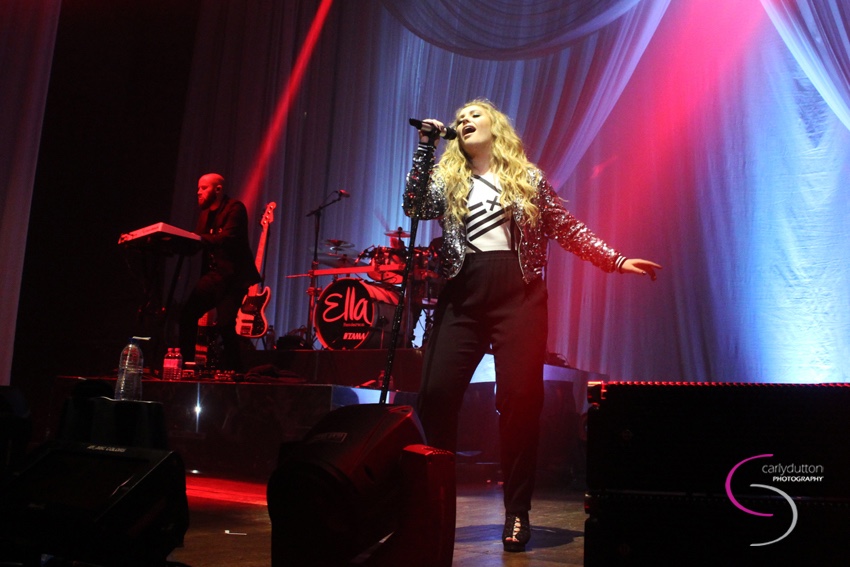 Ella Henderson has had a pretty successful year with her debut album ‘Chapter One’ reaching number 1 in the UK charts and later being snapped up as Take That’s support act on their mammoth tour. So, it’s no surprise that fans have been anxiously waiting for Ella to hit the road on her own tour, which kicked off recently. Not bad for a nineteen-year-old. On Tuesday 27th October, it was the lucky lads and lasses of Bristol’s turn in a sold-out gig at one of my favourite venues, Colston Hall.

Now, before going into the details, a quick mention of Ella’s support act, JP Cooper. With well-formed and harmonious melodies and a delicate yet intricate voice, this chap is going places, so remember his name.

Back to Ella – with light glittering off of her sparkly jacket (which I got serious clothes envy over,) Ella entered the stage to a mass of cheers from the eagerly awaiting audience. Starting with “Glow,” one of the four songs to be released from ‘Chapter One,’ Ella started as she meant to go on with amazingly strong vocals and a big, beautiful smile. Continuing with the catchy “Pieces,” detailing a break up from a relationship where the love has been lost, she then flew into “Mirror Man,” a song about ‘the most self-centered man I’ve ever met.’  A strong opening continued with a performance of the track “Empire” and again this was met by a sing-along that went on throughout the gig. By then everyone else probably also realised they were in for a treat.

After a few more songs from the album, and “Here For You” by Kygo which she recently featured on, Ella stopped to interact with the audience, talking of how she’s amazed that people have discovered her in so many ways. She explained that she wanted to ‘take everything right back to the beginning,’ before commencing the emotional “Missed.” Fans of The X Factor will remember this as her first audition for the show back in 2012, in which she wowed the four judges and arena audience in front of her. Back in the present, with the first few notes a young man in the crowd next to me remarked to his friend ‘this is what it’s all about, this is it,’ which soon became apparent to all, with the powerful tones of Ella’s voice leaving a quiet calm over the audience.

Next up was “Yours,” a refreshing love song about being in love rather than losing it, followed by a sassy performance of “The First Time,” which she introduced as being for anyone who had ever been made to feel second best. This was followed by a bit of ‘soul funk’ in one of my personal favourites, “Rockets.” An upbeat and energetic exhibit ensued with a seamless mix into some good old Jackson Five classics, “I Want U Back” and “ABC.”

Finishing with “Glitter Ball” (a track she featured on by Drum n Bass duo, Sigma, who just happened to be performing over the road at the O2 Academy) before the inevitable encore, Ella decided to get the audience involved in becoming her ‘own personal choir.’ Instructions delivered, we knew what we had to do; unfortunately we didn’t quite live up to Ella’s standards, but hey, I guess that’s why we were in the audience and not on the stage. However, with powerful drums and vocals throughout, we did have a good dance. 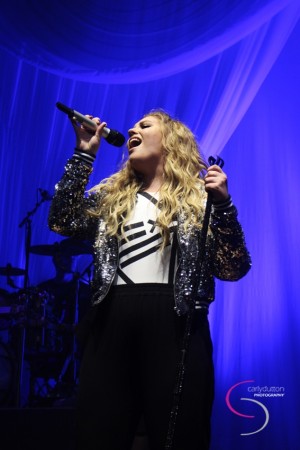 Returning for the encore with piano in tow (not literally, it was brought on by the ‘roadies,’) we were presented with an effortless acoustic offering of “Five Tattoos.” It was remarkable.

Describing her experience on The X Factor as being an ‘emotional rollercoaster,’ but one she was grateful for because it got her to where she is today, Ella then embarked on her second audition song from the show; a stripped back rendition of Cher’s “Believe.” A truly beautiful and haunting version of the song that would entrance even the song’s greatest of critics, which includes Gary Barlow who was amazed how the lyrics seemed to have new meaning when she performed it on the show and moved Nicole Scherzinger to tears. Despite having sung for millions of viewers of The X Factor and massive arenas of people on the Take That tour, Ella seemed very humble and happy to be performing to what, in comparison, is a relatively small crowd. Her words: ‘being able to bring my music to life and share it with you guys, and to know that you’ve all bought a ticket to see me is amazing.’

Ella finished with the song which has sold over one million copies in the UK alone and remained in the top 40 for 28 weeks, “Ghost,” before leaving the audience in a sense of awe. With powerful, melodic and flawless vocals throughout, Ella really showed off her debut album, ‘Chapter One,’ with compelling and genuine tracks which embody true meaning, from a girl with a natural talent for songwriting.

Find out more on Ella Henderson at her official website and find a photo gallery from the night on The Fix’s Facebook page.