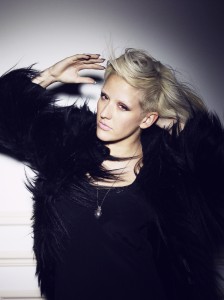 Number one debut album. Check. BBC Sound of 2010 and the Brit Award’s Critic’s Choice Award winner in the same year. Check. Performed at Wills’ and Kate’s wedding reception. Check. Many may be able to say they’ve done the first. Only one other can say they’ve done the second (Adele). Few can say they’ve done the third. None other can say they’ve done all three. Although she had had some involvement in the music industry before, Ellie really burst into the commercial UK music scene when her first studio album, ‘Lights’ (released March 2010), reached number 1 in the charts. Since then, she has also conquered America with her album placing high in the charts there also and even performing at The White House. All this in mind, the intimate setting which the O2 Academy Bristol provides, combined with the knowledge of Ellie’s huge success and some of the famous names she has performed for, lead to great anticipation from her fans as soon as the queue started to form on a cold winter’s night. Having had such success in the past two years, when Ellie announced the release of her second studio album ‘Halcyon’ in July 2012, people were waiting in suspense. In August this year, “Anything Could Happen”, the lead single of the album was released and did not disappoint. ‘Halcyon’ was released in October and surprised some with its somewhat ‘tribal’ feel, clearly different from the electronic sound of ‘Lights’. As described on Ellie’s biography on her website (www.elliegoulding.com) ‘The new record Halcyon describes a journey out of heartache and towards hope.’ Upon first description, you would be forgiven for thinking it would sound like a typical mushy album of love songs. Think again, for the most part, ‘Halcyon’ will have you digging to your roots and dancing your socks off. Upon entering the O2 Academy Bristol, it was fantastic to see the broad fan base that Ellie has built up. From young children through to the, dare I say it, ‘older generation’, it seems that every age group was represented within the audience. The younger fans were keen from the start, bopping along to the melodic pop sounds of the support act, Sons and Lovers, who presented catchy tunes such as “Set My Heart on Fire” and “Golden”, the latter of which can be downloaded from their Facebook page, all for the cost of one ‘Like’… http://www.facebook.com/sonsandlovers?ref=ts&fref=ts 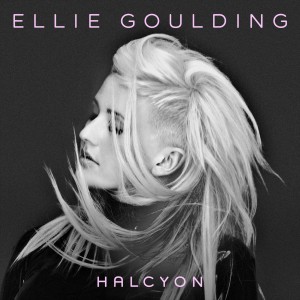 The excitement mounted as the band finished their set and fans realised Ellie’s entrance was only moments away. As she entered the stage the audience went wild only starting to quieten down in awe as the melancholic notes of the first track on ‘Halcyon’, “Don’t Say A Word”, were released from Ellie’s mouth. A personal highlight for myself, was a favourite from the album, “Figure 8”, which has since been receiving huge radio play ahead of its release as a single. My opinion was matched by the masses who joined me in a large cheer as the familiar words of ‘yeah, yeah, yeah’ floated from Ellie in the dulcet tones that she so often produces. The tribal feel that ‘Halcyon’ induces throughout was even more apparent live with the drum that Ellie would start pounding in between singing providing the audience with an image of losing herself in the music. It was clear to see that Ellie really feels the music she has written and was having a spectacular time performing in what she confirmed to us as the first gig of her new tour. What made her more happy to be there, she said, was that it was so close to her home, having grown up in Hertfordshire. This doesn’t come as a surprise as her website confirms that she returned “to the countryside she grew up in and, in a converted barn, [made] a record that confirms her as one of this country’s most singular and compelling songwriters”. Enough said. Another high of the gig was when Ellie was handed her acoustic guitar. Anyone who owned ‘Lights’ knew what was coming… a great acoustic performance of “Guns and Horses” which really highlighted Ellie’s vocal talents. “Only You” provided a great dance track for the audience, with Ellie joining in, swinging her hair in the instrumental sections. Ellie had great interaction with the audience throughout, covering the whole stage which left each individual feeling like they had been personally sung to at one point or another, and stopping regularly for little chats which wouldn’t be misplaced in your living room over a cup of tea. It’s fair to say that the excitement never left the venue once whilst Ellie was performing, however, as can be expected, the audience were exhilarated by the time Ellie returned for the encore, knowing which songs were left to perform. First up was Ellie’s haunting version of Elton John’s “Your Song” which has reached great heights by its own merit, and even featured on last year’s John Lewis Christmas advert (they do have a knack for picking good songs), as well as being one of the songs Ellie performed for the royals. Her biggest hit to date, the audience sang along throughout, with Ellie pausing to take in the sound on some choruses. For the big finale, it could be none other than Ellie’s first studio single, “Starry Eyed”, with everybody jumping around like mad people. And rightly so. It’s a great pop track which left people in the type of high spirits that can only be reached from seeing a great live act.
Follow @Thefixmag
Recent Posts
We Like You…