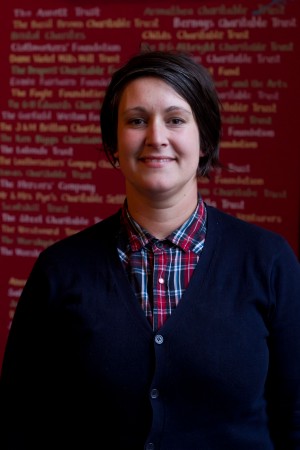 Bristol Ferment is a department based at Bristol Old Vic which leads a programme of artistic development throughout the local area. Inviting artists with a varying range of creative talent to forge exciting and innovating theatrical possibilities, Ferment holds twice yearly fortnights to exhibit work-in-progress shows; the first fortnight begins this very evening so we posed a few questions to the programme’s curator and producer Emma Bettridge.

For how long has Ferment existed in its role of developing artistic talent in Bristol?

Ferment is now officially in its fifth year (this is my third year!) however Bristol Old Vic was doing this kind of Artist Development without specific funding prior to this.

Approximately how many people are now involved with the project?

As we are not an associate artist scheme (this typically means an artist has an official relationship with a building for a year), we are a constant touch stone and source of information for a great number of artists; some we’ve worked with a number of times, some we are just starting a relationship with. Stats-wise we’ve worked with over 800 artists in the last five years – this could be anything from an advice session over a cup of tea or a full production.

Can you tell me how you first came to be involved in Ferment?

I knew about Ferment when I was still an independent producer/festival director, because of the quality of work coming out of Ferment I would often programme work from there. So when the job came up, I jumped at it. The chance to work for such an awesome building, take over from smashing producer (Kate Yedigaroff) and work with Tom Morris and Emma Stenning was not to be missed.

How would you precisely explain your role as both curator and producer?

I guess in a nutshell I am here to enable artists I am excited by to make the best work they are excited by. So, at the heart I am a facilitator, an interrogator (in a nice way, in that I ask many questions of the work being explored) and an enthusiastic advocate of the work we make.

As a curator you follow your gut and put work on that you think is exceptional and that you hope audiences will like, as a producer you advocate the hell out of that artist and their work to help ensure a future life.

I see that some of your previous shows such as ‘Ablutions’ were performed at the Edinburgh Fringe Festival – how often do your shows develop into full productions that subsequently travel further afield?

It kind of depends on the ideas out there at any one time. Falling back on stats, we typically produce 8-10 shows a year. If we have the cash to do so! Pretty much every show has a future life.

What do you think of the overall theatre scene in Bristol?

I think there is a great mix of work out there with a real desire to make it. We don’t have nearly enough rehearsal space or financial support to really back the number of artists who could be making work, so it does feel like artists are struggling to sustain a living doing what they are good at. So Bristol is a heaving community of marvellous folk, all supporting each other in their endeavours, they just don’t have enough money to make a living!

Ferment has been described as a “porous pool” which invites in artists and performers as diverse as writer, dancers, musicians, poets and puppeteers – what would you say was the most unique act or performance you have been involved in?

Hmm… there have been many! I think turning Bristol Old Vic’s Paintshop space next to the Theatre for our Christmas production of Sue: The Second Coming in 2013 was really something (Indeed our Finance Manager Nigel asks me on a daily basis when we’re bringing Sue back!). Sue was kind of Tim Minchin meets Victoria Wood. Dark musical comedy at its finest!

We have so many brilliant and unique artists that it’s a real challenge to pin any one down (cop out!). This Fortnight we have some new and old faces who, as a festival of work, are really cracking. There’s a lot of comedy in there which is always most welcome in January.

Existing mainly as a development programme, what is the approximate turnaround time from when a germ of an idea for a show is fully realised as a complete production?

It really depends on the artist and then us as a venue as to how the timeline pans out. It’s typically a year from seed to full show.

I reviewed your excellent show “The Window” back in October and the play’s epilogue seemed to me to be a comment on the confines of altruism and that empathy can only really be managed in the narrow parameters we choose. Perhaps I was wrong but how important do you think it is that art retains thematic and allegorical values?

It was excellent wasn’t it? I think this is a broad question! The most interesting work to me is that which does just that. It’s important to always reflect the society we are in, be it in a clear or subverted way. You will always bring your own history and experience to a piece of art so finding work that has these kind of layers is always incredibly satisfying.

What plans do you envisage for the Ferment project over the next couple of years?

We would very much like to continue on the path we have trodden! We’re currently fundraising for the next few years of Ferment and on the strength of our history I would hope we keep finding brilliant people to inspire and entertain us.

Ferment Fortnight runs from 21-31 January. Visit part 1 of our preview and stay tuned for part 2 early next week.