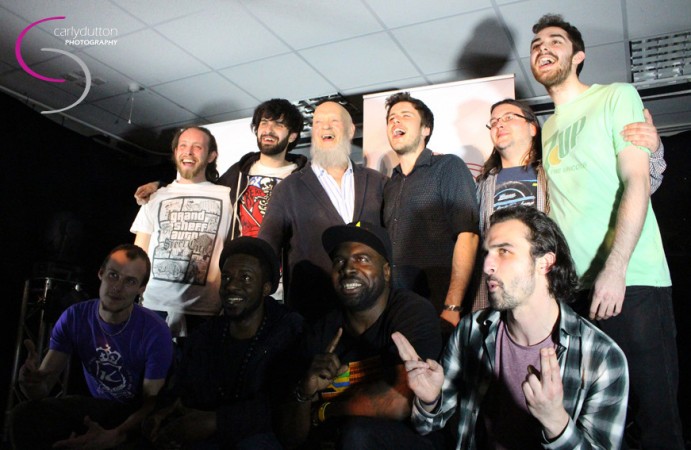 With forty of the UK’s best online music writers having had to decide upon a shortlist of 120 from over 6,000 entries, and that number subsequently having to be whittled down to a final eight acts for tonight’s live final, one would be forgiven for thinking that the difficult judgements had already been made. However, in a competition of varying musical styles but impressively unvarying standard, and with a prestigious slot on one of the main stages ahead of this year’s Glastonbury Festival at stake, selecting tonight’s winner may just have proved the hardest task yet.

Colourful nine piece K.O.G & The Zongo Brigade dynamically kick things off with their infectious West African rhythms and the bar has been set dauntingly high from the outset. With a vibrant melting pot of influences ranging from latin, reggae, soul, jazz and rap, they provide an enticingly high energy sound that easily overcomes the perceived disadvantage of performing first to relatively restrained audience members on their first drinks of the evening. Certainly, the sunny trumpets and bouncy riffs of the sparkling ‘Jabulani’ seem tailor made to rouse a festival audience beneath the late June sunshine (or, more likely, lift the soaked spirits of the poncho and welly adorned masses). 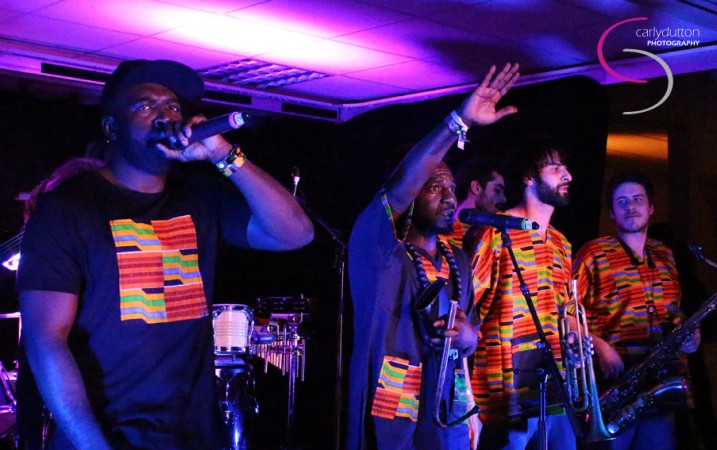 A change of pace, and an early sign of the eclecticism in store this evening, arrives with next act Lucy Kitchen. Described by tonight’s compere as “enchanting, delicate and haunting”, Kitchen provides her fey brand of folk balladeering, the focal point of which is a spectral voice much suited to the close intimacy of the room. The crisp but gentle fingerpicking of ‘Blue Eyes’ is the best of her allocated two songs.

With their energetic synth led, electro-pop confections best evidenced in ‘Passion Alley’, Princess Slayer emphatically state their designs on victory and induce an audience shout of “We have a winner!” as their two song set concludes. Though their vastly poppy sound may divide listeners, lead singer Casey Lim’s animated stage technique energises the crowd and, in gauging the opinions of fellow audience members throughout the evening, the band are consistently cited as a favourite. 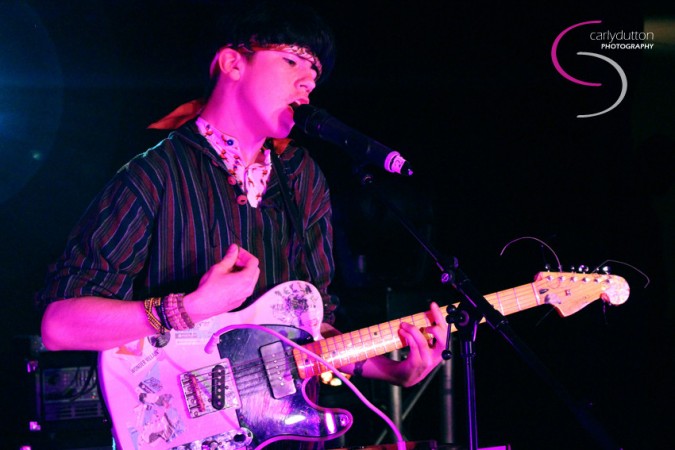 After the yearning vocals and big choruses of London-based Jakl, their sound best captured in the anthemic ‘The Jackal’, an impossibly young looking Declan McKenna is introduced to the stage. Adhering to his laconic Facebook description as “guitar loops, synths and so on”, the bandana clad McKenna sets his guitar and percussion loops to deliver the excellently catchy ‘Brazil’; a track that has achieved Radio One play courtesy of Zane Lowe. His music lyrically and sonically inventive, I am astonished when informed by a cameraman pal of McKenna’s that he has only just turned sixteen years old.

Despite being well received, London musician Isaac Lee-Kronick’s two tunes seemingly get a little lost beneath layers of echo and the relatively motionless audience induces longings for what K.O.G & The Zongo Brigade could achieve with an audience now loosened up by alcohol. Rapper MoD (Man of the Dream, apparently) combines a confident stage presence and dynamic delivery as he reveals how pleasing rap can be when robbed of its hubristic bluster and performed to a backdrop of jazzy live instrumentation. When MoD offers his thoughts on criticised headliners of Glastonbury past and his band’s subsequent launching in to Metallica and Beyonce tunes, he perhaps strays beyond his two song allocation and it feels slightly like an entreaty to the judges. Nonetheless, it’s entertaining and highlights a flair for showmanship. 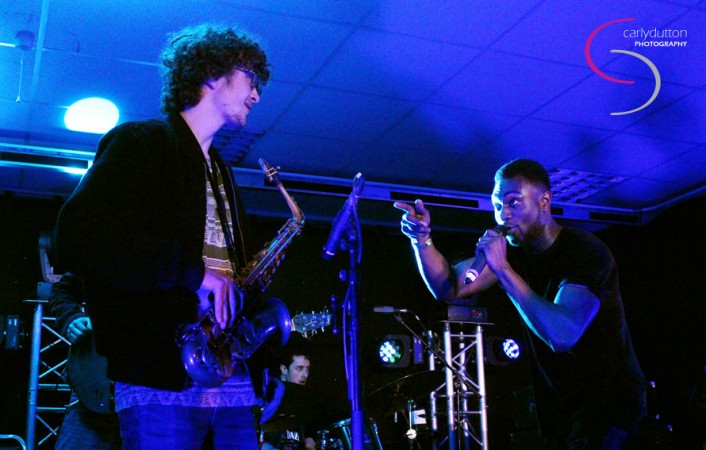 Last act of the night is Newcastle band Shields. In a competition where each participant’s Soundcloud postings have achieved listens of anywhere between 1,700 and 2,500 (save Declan McKenna who has garnered over 21,000), Shields’ ‘Mezzanine’ has amassed a whopping 92,000 listens. A pounding, euphoric slab of stomping electronica, the song sounds great in the live forum and automatically puts the band in contention.

Michael Eavis, who has been spotted hobnobbing with audience and musicians during the night’s latter performances, then takes to the stage to reveal the night’s winner. With no sense of building tension or succumbing to an X-Factor style milking of the big moment, Eavis flatly and simply utters the words “The winner is Declan McKenna.” He also makes it clear that there is room for all eight acts at this year’s festival and thus each will be appearing on one of the many stages. The honour of a slot on one of the main stages however belongs to McKenna. Having written a song like ‘Brazil’ at such an age, McKenna is possessed of a fierce potential; he may as well leave school now.