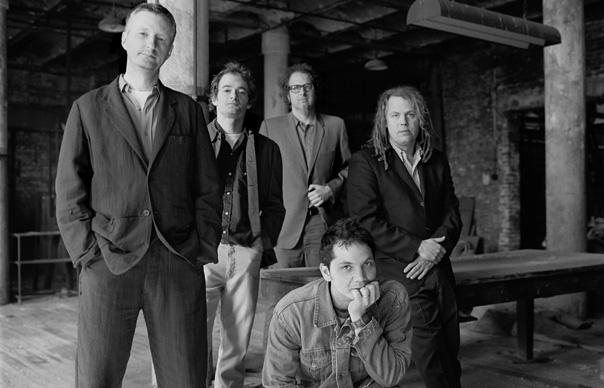 After witnessing Billy Bragg perform at a Woody Guthrie tribute concert in New York’s Central Park in 1992, Guthrie’s daughter Nora approached the singer-songwriter come activist with an interesting proposition: With access to a vast treasure trove of unreleased lyrics left behind by her folk legend father, Bragg was asked if he would like to compose new music to accompany them on an album of original songs. Bragg in turn recruited Chicago alt-country rockers Wilco to help with the project and the wisdom of this decision was clearly evident in 1998’s excellent Mermaid Avenue.

Praised across the board, Mermaid Avenue received a Grammy nomination for Best Contemporary Folk Album and placed fourth in the Pazz and Jop Critics Poll for 1998; Nora Guthrie no doubt felt vindicated by such acclaim particularly after Guthrie disciple Bob Dylan was left disappointed when missing out on accessing the unreleased lyrics himself.

Sung by Wilco frontman Jeff Tweedy, ‘Hesitating Beauty’ is one of Mermaid Avenue’s standout tracks. Containing some of Guthrie’s most romantic lyrics (“We can ramble hand in hand across the grasses of our land/I’ll kiss you for each leaf on every tree”) the song’s sentimentality is nicely balanced by the jauntiness of Bragg and Wilco’s country-inflected, folk treatment.