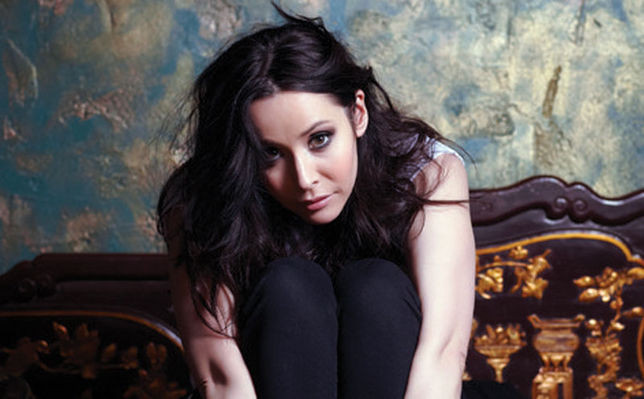 A rather decent fusion of pop, blues rock guitar licks and Pallot’s enticingly jazzy vocals, the London singer-songwriter’s latest single is unflinching in its candid feminism. Pallot comments on the current state of play in gender politics through the imagined advice she would offer a future daughter: “You’ll work the live long day, to take home half the pay”. Meanwhile, the proud British tradition of showing off the mammary glands of 19 year olds with a suspiciously erudite grasp on the philosophies of Descartes is referenced in the lyric “There ain’t no dicks on page 3”.

This is true. Though, seeing that The Sun dispensed with their antiquated nork-fest last year, this could become a reality if the columns of Hillsborough grave dancer and all round reactionary fucknut Kelvin Mckenzie were to fill the void. Or what about the writings of hate-mongering, compassion vacuum Katie Hopkins? Why not give them a half of the The Sun’s third page each? It’d be the most apt replacement for a couple of enormous tits that I can think of.

Formerly known as Orinoka Crash Suite, OCS and Orange County Sound, San Francisco rockers Thee Oh Sees have had more name changes than Russell Grant’s had hot dinners. Somewhat annoyingly, they were once even called The Ohsees and The Oh Sees. Fierce disagreements about the wisdom of utilising an extra ‘e’ or another tap of the spacebar resulted in an escalating bloodshed within the band and it took the passing of UN Council resolution 1494 before they could finally arrive at a consensus.

‘Fortress’ is the band’s new 7 inch recorded at the same sessions for last year’s album Mutilator Defeated At Last. It’s a frenetic, but enjoyably eclectic guitar-based track which begins as a ragged, garage rock jam featuring whirling guitar riffs reminiscent of Kurt Cobain’s in ‘Love Buzz’. We then hear two brief outbursts from vocalist John Dwyer upon which the song enjoys a foray into psychedelia. Nowt much funny to say here – just listen to the damn song.

The Libertines – ‘You’re My Waterloo’

Continuing the most unlikely of comebacks since bearded, cosmic ordering weirdo Noel Edmonds emerged from the televisual wilderness in 2005, The Libertines return with the third single from last year’s Anthems For Doomed Youth. Revived from demos heralding back to the band’s early days, ‘You’re My Waterloo’ is, in the prominent use of piano and strings, an uncharacteristic track in The Libs’ cannon while the video is very much in keeping with the band’s unremitting sense of romanticised Englishness.

A deeply in love, attractive young couple perambulate around our nation’s capital in stylish black and white and gaze at each other lovingly while the London skyline and the River Thames sit gorgeously in the background– with Valentines’ Day just around the corner, it’s enough to make any singleton loser thrust his clammy palm towards the Kleenex for reasons other than dispirited bouts of onanism. That is until the end of the video when the female love interest’s attempts to hurl herself in front of a van leaves one with the cosy realisation that she’s actually a worryingly unhinged nutbar and single life isn’t so bad after all.