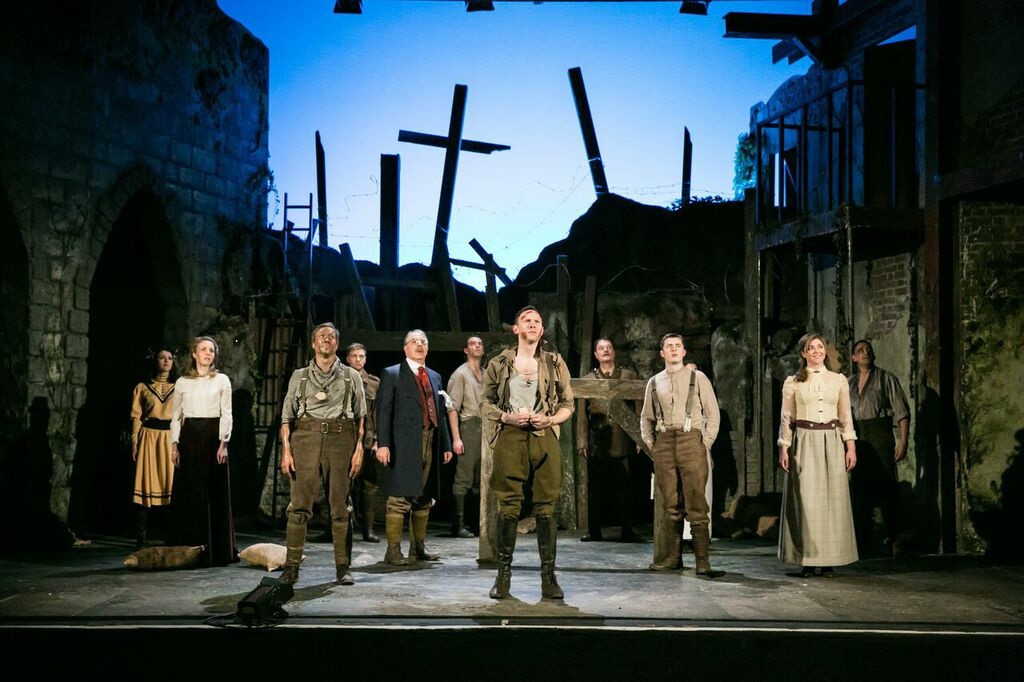 As centenary commemorations for the First World War continued in Gallipoli over the weekend our minds were once more cast back to the blood soaked horror and tragedy of the “War to End All Wars”.

With the sobering sound of those solemn speeches and forlorn trumpets still lingering in our thoughts the arrival of Sebastian Faulk’s Birdsong at the Bristol Old Vic couldn’t be more suitably timed (so much so that Faulk himself makes a brief cameo tonight as part of the cast).

Gallipoli like the Somme (as depicted by Faulk’s 1993 novel) was perhaps one of the most desperate examples of the insanity of the First World War. Battlefields that better resembled meat grinders were fed with ever increasing numbers of cannon fodder, as military strategists armed with antiquated fighting techniques struggled to come to terms with the first full scale Total war.

Sober men were turned to drink, priests lost their religion and the sane were driven out of their minds by unyielding fear, despair and death.

And so it is into this pit of hellfire that we find our protagonists cast.

A story of love (both lost and eternal), set against the agony and brutality of war, this imagining of Birdsong is at its heart a tale of immense courage and selflessness.

Men who at the very moment they were losing their humanity still took the time to thank God, earnestly, for the lives they and their loved ones had lived. Pleading for they themselves to take the brunt of the oncoming onslaught so as others may be spared and all the time living with the sprightly good-humoured spirit of men off to give Oxford a jolly good seeing to in the boat race rather than the perilous existence of those tasked with manning the claustrophobic tunnels of the “sappers”. 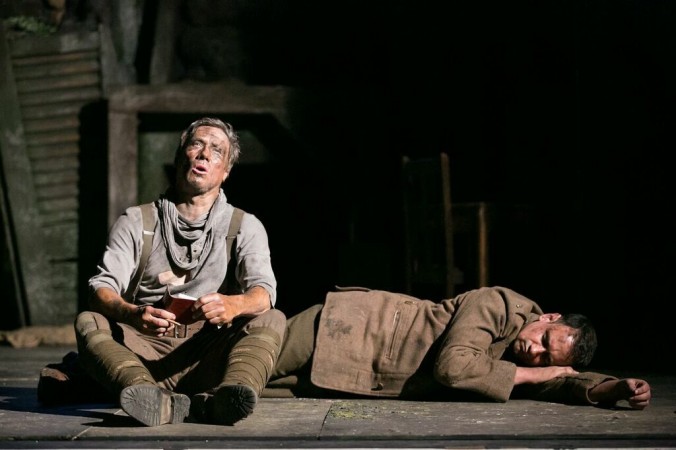 Like Viet Cong burrowing away under enemy lines the lives of the “sappers” was one of perpetual danger, with a whole host of potential disasters just waiting to befall them.

Anyone who has read Faulk’s bestseller will be acutely aware of what an incredibly ambitious endeavour has been undertaken here, given that the 503 pages of text, covering nearly ten years of narrative, are condensed into just 2½ hours of theatre.

Extensive coaching (Chrissie Cartwright – Movement, Tony Green – Military Adviser, and Tim Charrington – Accent & Dialect) plays its part in keeping it all convincing, as lines are given in a kaleidoscopic array of varied accents with enough militaristic precision as to keep the grandiose story line on track.

Alistair Whatley’s direction of Rachel Wagstaff’s adaptation is a monument to theatrical expertise – sparkling brightest when depicting the war. And he is well deserving of great praise to have even attempted all this. But that said at times the sheer size and speed of the production does draw the odd falter as accents blur into one another in the dizzying rapidity of set/costume changes – an understandable side effect of leaping from hospital bed to tranquil summer picnic and back again within just a few lines.

Victoria Spearing’s staging is brilliant with its religious symbolism and ominous overtures it simply reeks of mustard gas and Bovril, and Alex Wardles Lighting and Dominic Bilkley sound design makes for a tempest of realism. 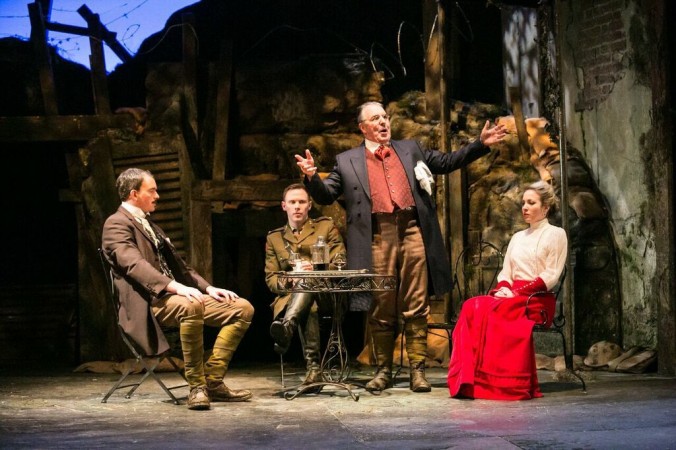 The cast are led brilliantly by the traumatised triumvirate of Stephen Wraysford (Edmund Wiseman), Jack Firebrace (Peter Duncan) and Arthur Shaw (Liam McCormick), with the later two’s interactions being particularly heart breaking. Emily Brower, as the demure Isabelle Azaire, is equally excellent, but given that the performance focuses more on the military aspect of the story (trench set and military costumes throughout) she is more fleetingly used as an apparition in Wraysford’s memory than siren of his present.

A worthy homage to the bravery and resoluteness of those who gave their lives in the Great War The Original Theatre’s adaptation of Birdsong is a testament to the love that binds us all, no matter the circumstances.