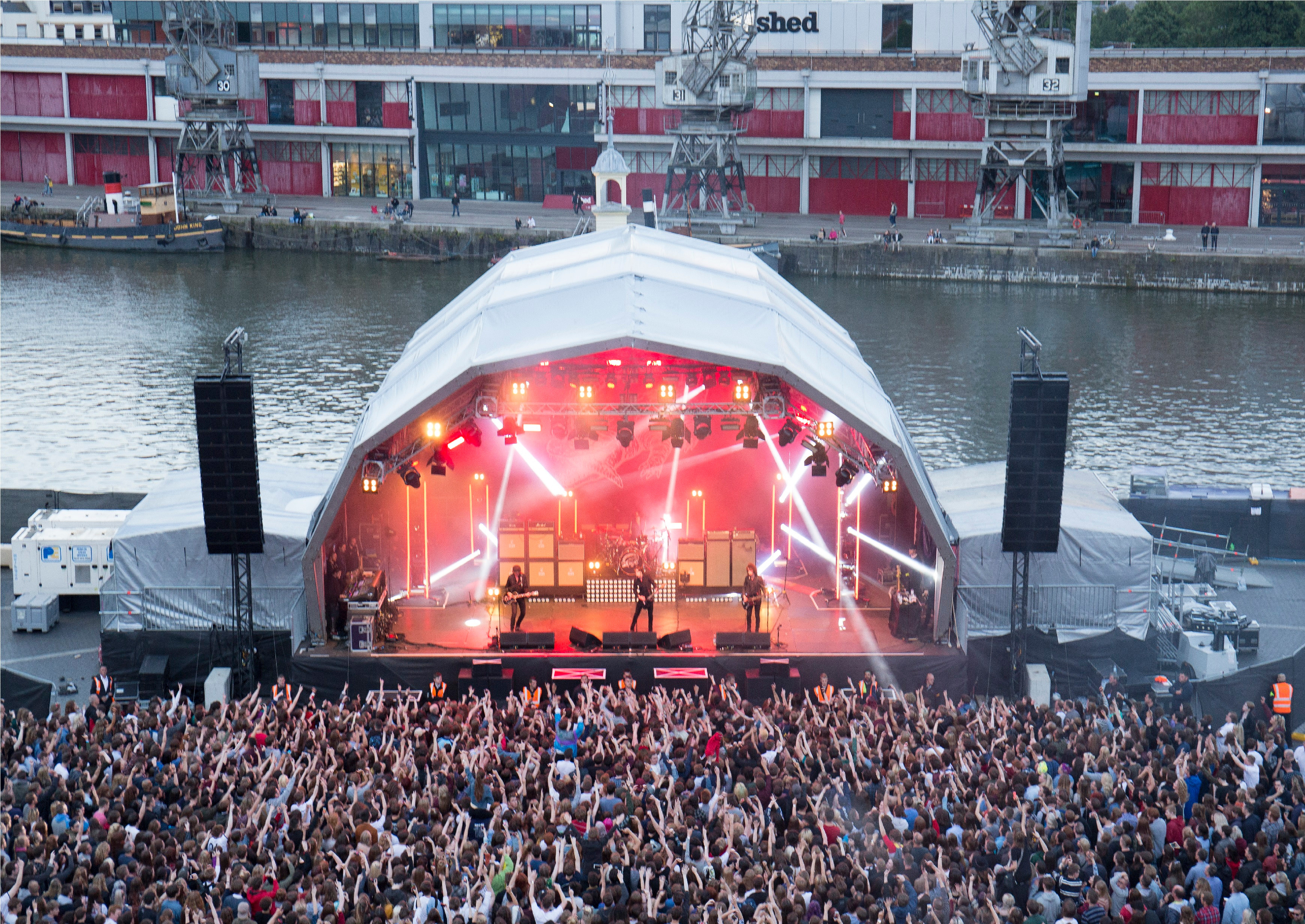 Catfish and the Bottlemen are riding a wave.

Where and when that wave will reach its peak and wash back is hard to say.

What isn’t a surprise is their belief that playing to arena size crowds like tonight is just where they belong (well, until they play stadiums).

Not since two boys from Burnage decided to start nicking riffs from T-Rex and the Beatles have we seen this kind of unabashed ambition.

Just like the Gallagher’s before them, there is something refreshing about a band enamored with striving for the very pinnacle of their profession and having a good time while doing it, especially when it is contrasted with the po-faced procrastination of math rock etc.

Theirs is not an overly complicated recipe; something that McCann actually acknowledges himself (“We wanted to stay inside the box.” – when talking about 2nd album, The Ride). It does exactly what it says on the label – high-octane indie rock, delivered with complete conviction.

It may be simple, but my, is it effective.

Laden down with Brit & BBC Music awards and career defining gigs (see Leeds & Reading last year) the band have come a long way since rowdy shows in the Louisiana 3-years ago. Since those sweaty nights, multitudes of new fans have been added to their ranks to create something of a swooning army. Predominantly made up of 20-somethings, they feel every twitch of Van McCann’s narrow hips, as the charismatic frontman rushes around the stage as if he is bidding farewell to everyone for the very last time.

The crowd’s dedication and adulation is infectious and draws more and more in, like moths to a flame. Almost in unison they raise their hands and mosh to nearly every song – an almost symbiotic existence.

Whilst the numbers may be greater, much of what made them so engaging three years ago still applies now.

Funny and fearless, McCann still pulls off the almost impossible feat of combing self-belief, verging on the arrogant, with an undeniably sincere humility.

Catfish’s unwavering dedication to hard graft is also still there for all to see. Having played a surprise acoustic show on the BBC Introducing stage at Glastonbury earlier that day (adding to an already very hectic schedule, including a return performance at Glastonbury the day after this), you wouldn’t know, as their energy continues to know no bounds.

Musically, this is again familiar territory. The temptation to expand the band by adding keyboards, strings or horns have been resisted and the same blend of energetic staccato guitars,  fun hooks, and lyrics about everyday mayhem are still their mainstay.

Homesick and Pacifier still sparkle even with the new additions from The Ride (notably the reflective 7 – “Larry call a load of smoke in, I wanna lose a couple days”) offering added flexibility in the set list.

Lyrically new songs are minimalist to the point of being borderline lazy (Soundcheck about leaving a soundcheck to meet a girl on her fag break, contains no hidden message). It is what it is. Unashamed rock. Some will like it, some wont. But most, it seems, love it.

The only thing now that appears to be standing between them and the world domination they so crave, are those truly anthemic crossover songs that people can hum after one listen. Something, that it seems, still alludes them.

Whether they ever find that new level or not, it certainly wont be for a lack of trying.