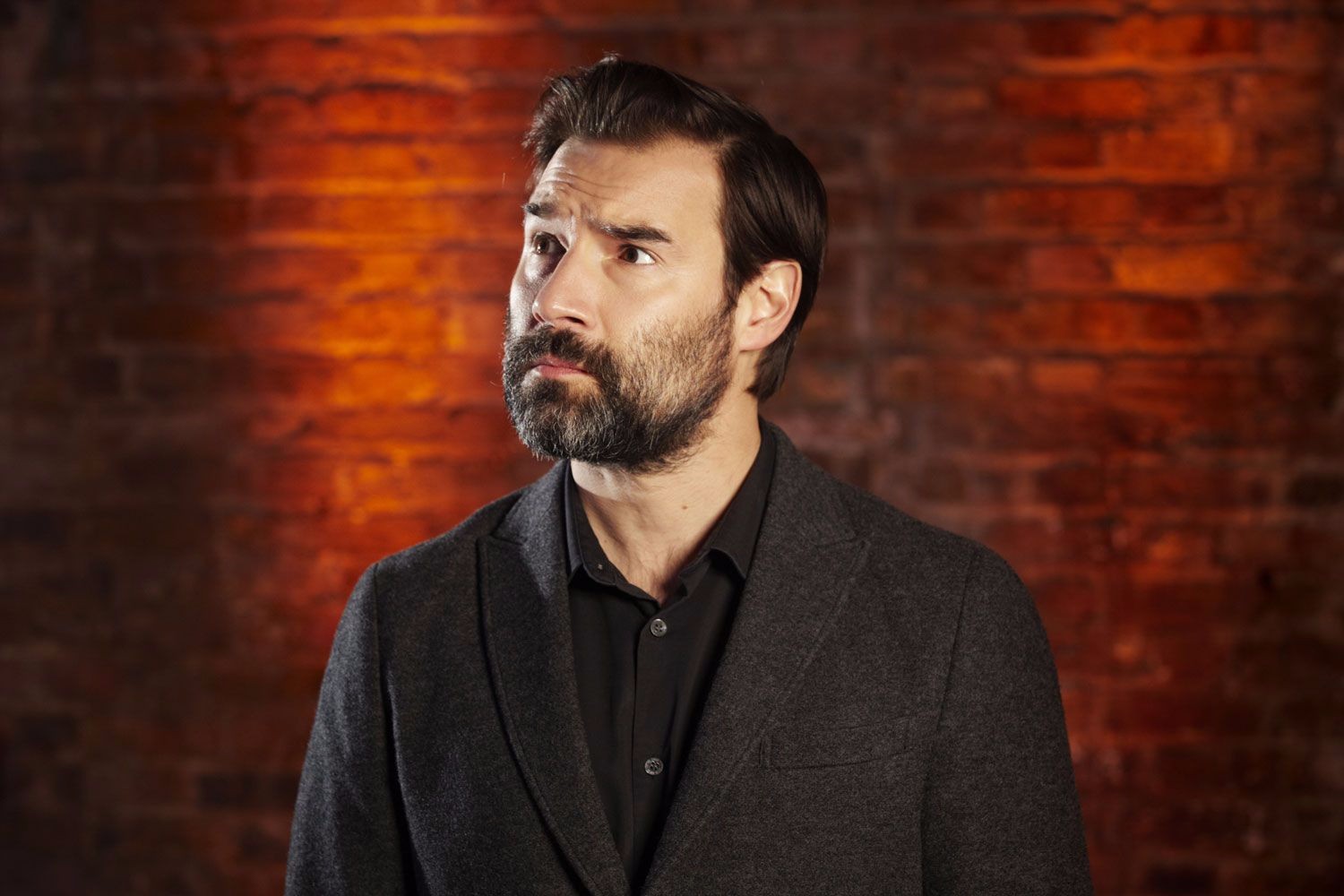 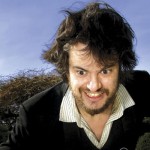 Dan Atkinson (compere)
Having won the 2010 Chortle Award for Best UK Compere, it is unsurprising that the misanthropic Atkinson performs so well in warming up the crowd for the main acts. With a visual appeal similar to that of Dylan Moran, he is able to relate to the crowd immediately having lived in Bristol in the late 1980s – his jibes about punters from Yate and Chew Magna are particularly punchy.

Describing his job as akin to a “fluffer” who has to “get you excited without you blowing your beans”, Atkinson’s furious energy is perfect for setting up the acts. His mission is made more difficult when technical difficulties delay Adam Buxton’s appearance, but he continues to work the crowd with aplomb, and even manages to get an audience member up on stage to teach him how to samba. 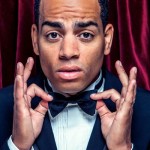 Doc Brown
Doc Brown, the alias of Ben Bailey Smith, has made his name through a mixture of comedy, rapping and acting. Taking to the stage in “lethal Brizzle”, the intensely laid back Brown combines gags about his hated of young people with fantasies about his own children being in his crew. An admittance that he is a “pussy” in London allows him to joke about how he could be the hardest gangster in any sleepy Cotswolds village.

While his idiosyncratic spoken word rapping is funny, the material which bites most is that on the inherent pornography of the Italian Renaissance. A comedian who clearly has plenty of ideas, the only note against Doc Brown is that he is perhaps too laid back and unruffled for tonight’s audience, particularly following the high energy set-up of Dan Atkinson. 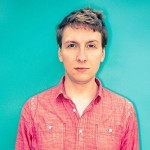 Joe Lycett
Birmingham bisexual Joe Lycett entered the stage as a relative unknown – or at least, shamefully, he was unknown to the Fix. He left the stage with several hundred new fans, and appears to be a star in the making. With a witty, biting and acerbic tongue, Lycett works with an excellent range of material. From renaming terrorists “knobheads”  to describing the joy of shopping in Aldi, his self-proclaimed “silly voice” cuts sharply between jokes with little respite.

As with the best stand-ups, Lycett’s material works so well because it is based on his own life – his tales about his best friend, living at home and encountering a TA bully on a recent stag trip are entirely believable. His combating of bullying, in fact, is brilliant, particularly when those who dare stray from hardline heterosexuality still face harassment. Definitely one to keep an eye on. 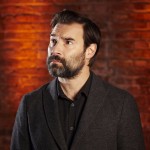 Adam Buxton
Dr Buckles, AKA Adam Buxton, is a firm favourite of the Fix ever since his early work with Joe Cornish. Having wizzed over here from London by motorbike (he accidentally double-booked himself for the night) his show starts over an hour late. It is clear from the outset, however, that this is a friendly and Bugballs-knowledgeable crown. Early shouts of “Stephen!” from the audience allow him to make glorious callbacks to old Adam & Joe material, a shouting Pierce Bronhom included.

The show never strays far from Buxton’s standard impish fare. A run-through of a new Kitchen Dictionary he has invented is followed with a list of what Ed Milliband is now up to. Elements of his flagship BUG work make an appearance with the reading of some homophobic Youtube comments for an Action Bronson video.

Where he does particularly well, however, is with an unfair heckle. “Boring!” shouts a female punter, “this is just a slideshow!”. Buxton’s retort that “that really is what I do” betrays the fact that, while the majority of the audience are fans of his, there is a considerable element who have never heard of him and are just looking for a night of laughs. When he eventually hugs the heckler, there is evidence of why he is so popular – he is simply an incredibly likeable character.