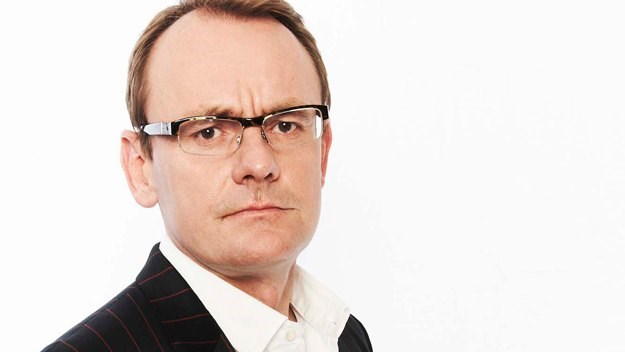 With the city already having seen some of the country’s biggest comedic talents over four successive evenings, it was time for the fifth and final night of Bristol Comedy Garden 2015. Whereas the previous four nights featured premier stand-ups such as Stewart Lee, Paul Foot and Mark Watson, the annual laugh-fest was brought to a close by a solid bill headed by panel show mainstay Sean Lock. 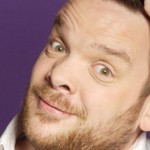 Acting as the evening’s compere, Bristol’s very own Mark Olver brings a touch of homespun, west country bonhomie. Comfortable with his abilities to riff off an audience, he incites the crowd to “fuck off work” tomorrow and, via a conversation with a Marks & Spencer employee in the audience, imagines a mass ransacking of the store at the night’s end. His mentioning of localities like St Phillips and Kingswood provide a cosy sense of familiarity although his imagining of Martin Luther King delivering his “I have a dream” speech in a Bristolian accent is a little lazy and obvious.

Overall, a capable and likable host, Olver suggests that performer and audience should be possessed of a shared theme tune. This leads to a riff where knowledge of the Top Gear theme is a useful way of finding the racists in the room and a surreal mass sing-along of the song from Home & Away. Some “well crafted shit jokes” bring a guilty smile to the face and the prospect of seeing a woman spit roasted is deemed a rather “aggressive sells technique” when shopping for a Pacino sleigh bed. 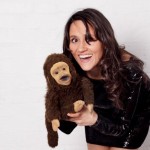 Ventriloquism is no doubt a divisive aspect of live comedy performance but Conti, who has garnered enough attention in her field to have appeared as a panellist on QI, comes armed with a fresh approach which may win over many of the doubters. Beginning with more conventional stylings, her manipulation of monkey puppet Monk reveals the limitations of ventriloquism in such large venues although nods to post-modernism, such as with Monk’s protesting that his not having a mic “fucks up the illusion”, offer an interesting twist.

Conti’s act comes alive when she calls a member of the audience up to the stage and adorns him in a large simian-like mask. In manipulating the mask by using a string at the back, Conti adopts a voice of a slightly confused dullard to amusingly reinvent the audience member as a buffoonish character before our very eyes. This creates an interesting dynamic as the embarrassment, combined with a necessary impetus to play along, is captured in the body language of the audience member. A female from the crowd is then called up and is similarly furnished with a mask and stupid voice; Conti then mischievously manipulates their dialogue in the direction of a forced impromptu dance routine. 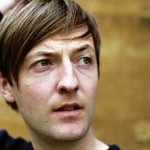 After garbling the word “Bristol” in his opening sentence, the caustic Irishman soon gets into his stride with a solid semi-improvised set. Enquiries about the origins of certain audience members lead firstly to the comedy cul de sac of Canada – “just a very well ran place”. An interaction with a German lady sees Maxwell speaking her native language – the prospect of an Irishman speaking German he says is sure to make the English “feel encircled.” While Maxwell treads the well worn path of national rivalries and reputations, his anecdotal style carries a charm and is mostly cliché free.

He enthusiastically endorses the comfort of lederhosen and tells an amusing story from his youth about an armed, coked-up German still remaining strict in his observance of pedestrian safety at traffic lights. Elsewhere he questions the logic of American Christians – there’s no way that “a long-haired, bearded pacifist like Jesus would’ve been welcome in Texas” – and neatly observes the increased strength of weed in the last 20 years by suggesting that Bob Marley would’ve been a creatively bereft, paranoid wreck had he been smoking 21st century strains of marijuana. 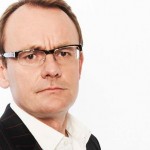 With his busy, surrealist imagination and post middle-age cynicism, Sean Lock wastes no time in throwing around his dark observations and sharing his absurdist ideas. After declaring that a visit to nearby Chippenham has seen his bucket list grow shorter, a number of short routines lead to the biggest laugh thus far when he suggests that the ethos of living every day as if it’s your last is a great excuse to forgo any obligations to pick people up from the airport. He has a pop at stingy cheese sandwiches on trains being the equivalent of a push-up bra and ponders over whether or not there’s an effective Heimlich manoeuvre for cats.

While Lock’s surrealism is often effective (though more grounded than a Ross Noble or Noel Fielding), he is at his best this evening when broaching the subject of ageing. He suggests that old people are depressed in the knowledge that they’re never going to have sex again and describes his own increasingly shapeless arse as akin to “a collapsed shed”. There’s a pleasing pop at Jeremy Clarkson and a routine about farting in children’s literature. An enjoyable set, although his closing description of an absurdist film plot and a structural call back to an early bit about littering at the cinema seemingly falls flat.