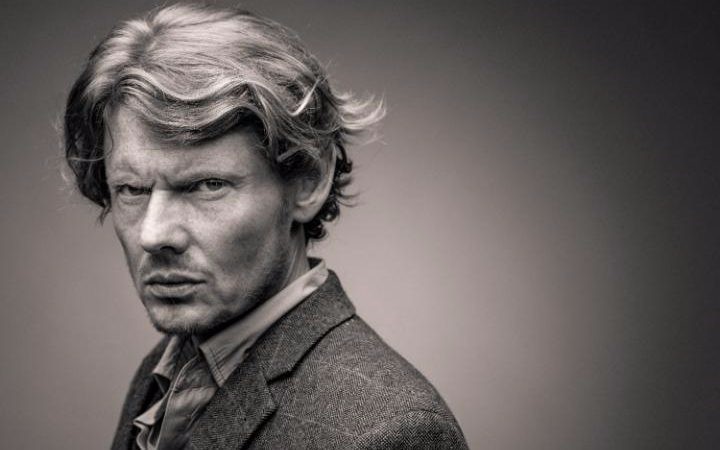 If you don’t have a ticket to see Julian Rhind-Tutt in Frankenstein at The New Room/John Wesley’s Chapel this weekend, I’m afraid you’re out of luck! The now sold-out performances of this classic gothic tale are being performed as part of the Bristol800 initiative. The programme is celebrating significant Bristol anniversaries throughout 2016, and if the quality of tonight’s performance is anything to go by, I will definitely be aiming to attend more Bristol800 events this year.

Written by English author Mary Wollstonecraft Shelley and published in 1818, the story of Frankenstein is considered by many to be the first science fiction novel ever written.

The new play adaptation showcases Year 1 students from the Bristol Old Vic Theatre School (who are always a joy to watch) and takes place in a spectacular candle-lit venue. The actors utilised the 18th century venue space exceptionally well (literally climbing the walls and railings) to create an eerie atmosphere for Frankenstein (Rhind-Tutt) to tell his tale.

I particularly enjoyed the use of multiple actors, synchronised in their movements, to play a single character. With five bodies responding at once, while towering over the audience from multiple angles, we were able to feel the enormity of the hideous, yet powerful, monster created by Frankenstein.

An exceptional aspect of the performance was found in the music; Cellist Mark Davies & Singers Sally Davies & Sarah Madden created haunting transitions between scenes and set the atmospheric tone with their delightfully sinister, melancholic sounds.

The story-telling was dark and well executed and overall the effort put forth as a group of actors and musicians successfully created a one hour escape into another time and place for all of us lucky enough to get a seat.