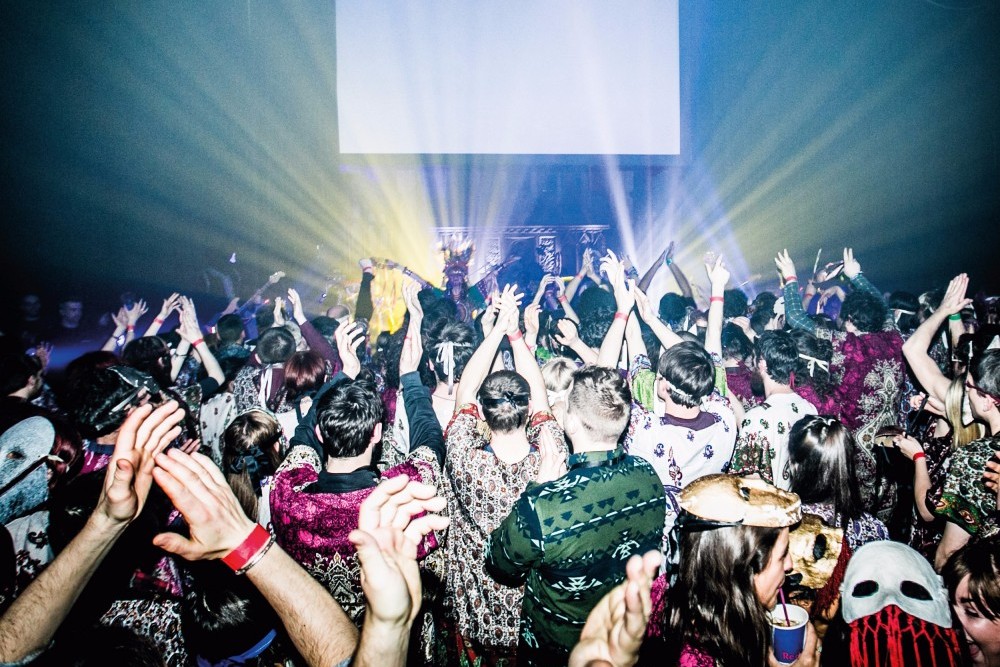 Surreality is the name of the game for Goat, a band that revel in the mysterious. Masked and enigmatic, the experimental rock outfit from Gothenburg in Sweden take on the magisterial venue of Circomedia as part of the Red Bull Music Academy tour, but for this gig the mystery is not confined to the band. Upon entering the reclaimed church in St Paul’s, punters are requested to ‘Surrender Yourself’ and are provided with blank tasselled masks and african-ish smocks.

So far so bizarre, then, the resulting crowd resembling the characters from Eyes Wide Shut in a reasonably horrifying way – it is an uneasy, if innovative, foundation for an event considering The Fix’s paranoia regarding masks. Even to reach the external toilets one has to walk over dusky graves. When Goat emerge from the alter to begin proceedings with, quite naturally, ‘Talk to God’, the scene is quite spectacular, and goes far beyond your normal gig fare. The jangling guitar that is so present on record becomes more of a Deliverance-style banjo-esque riff for this opener. 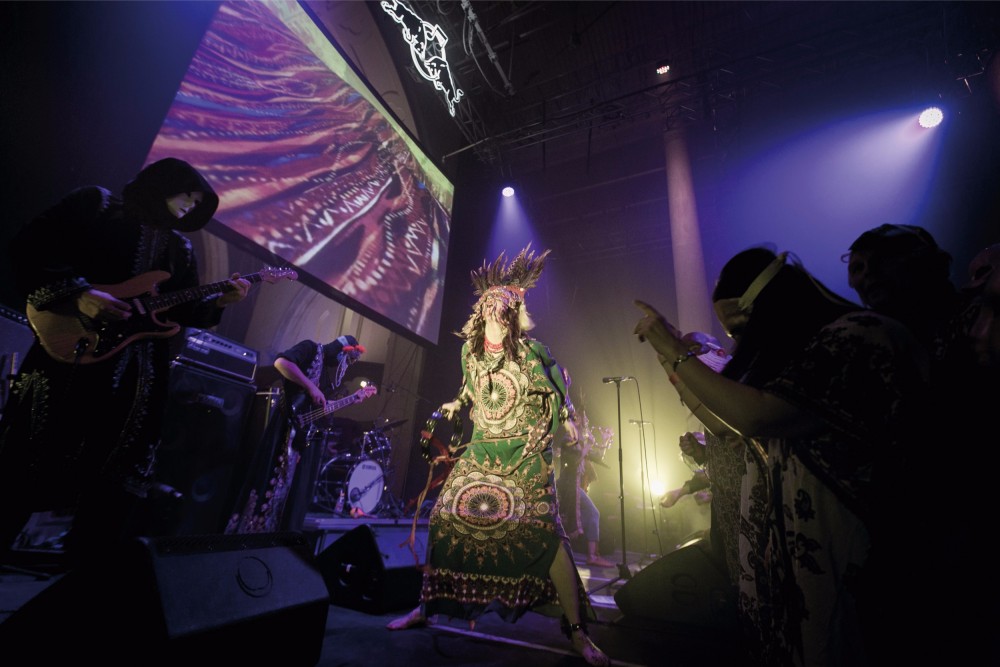 While the heavily feathered headdresses of the twin female lead singers is reminiscent of Inca goddesses, the bassist appears more as a Nubian concubine – it is commendable that with no onstage repartee with the crowd and masked features the band still manage to create a fantastic atmosphere. The Santana rhythms and Allman Brothers guitars create highly danceable music. It is probably partly down to being masked and therefore anonymous, but it is rare to see a crowd so animated, and this must be one of the liveliest gigs The Fix has seen. In short, the audience are fucking mad for it.

Added to the weirdness onstage are projections above the altar. ‘Goatman’ is played beneath images of nuclear explosions and molecular cells dividing, while at other points there are visuals of brain scans and a creepy little girl waving. Highlight of the gig is a Pink Floyd-style extended version of ‘Run to Your Mama’. Scarcely will you find a band more committed to a gig than Goat here tonight.

There are two side-notes to the gig. First is that the fantastic church of Circomedia is a criminally underused space in terms of music events, strange considering it’s sterling location near Stokes Croft. Second is that of Red Bull’s involvement in the gig. Some may balk at corporate sponsorship of gigs, but at least Red Bull know how to spend their money wisely. The flurry of mouth-watering events over the weekend – such as Lonnie Liston Smith and Gilles Peterson at the Planetarium, Danny Brown at the historic mansion of Kings Weston House and Seth Troxler in the intimate space of the Love Inn – suggest that this particular energy drink company knows how to put on a good party, providing revelers with the kind of bashes normally beyond the realms of your standard Saturday night.