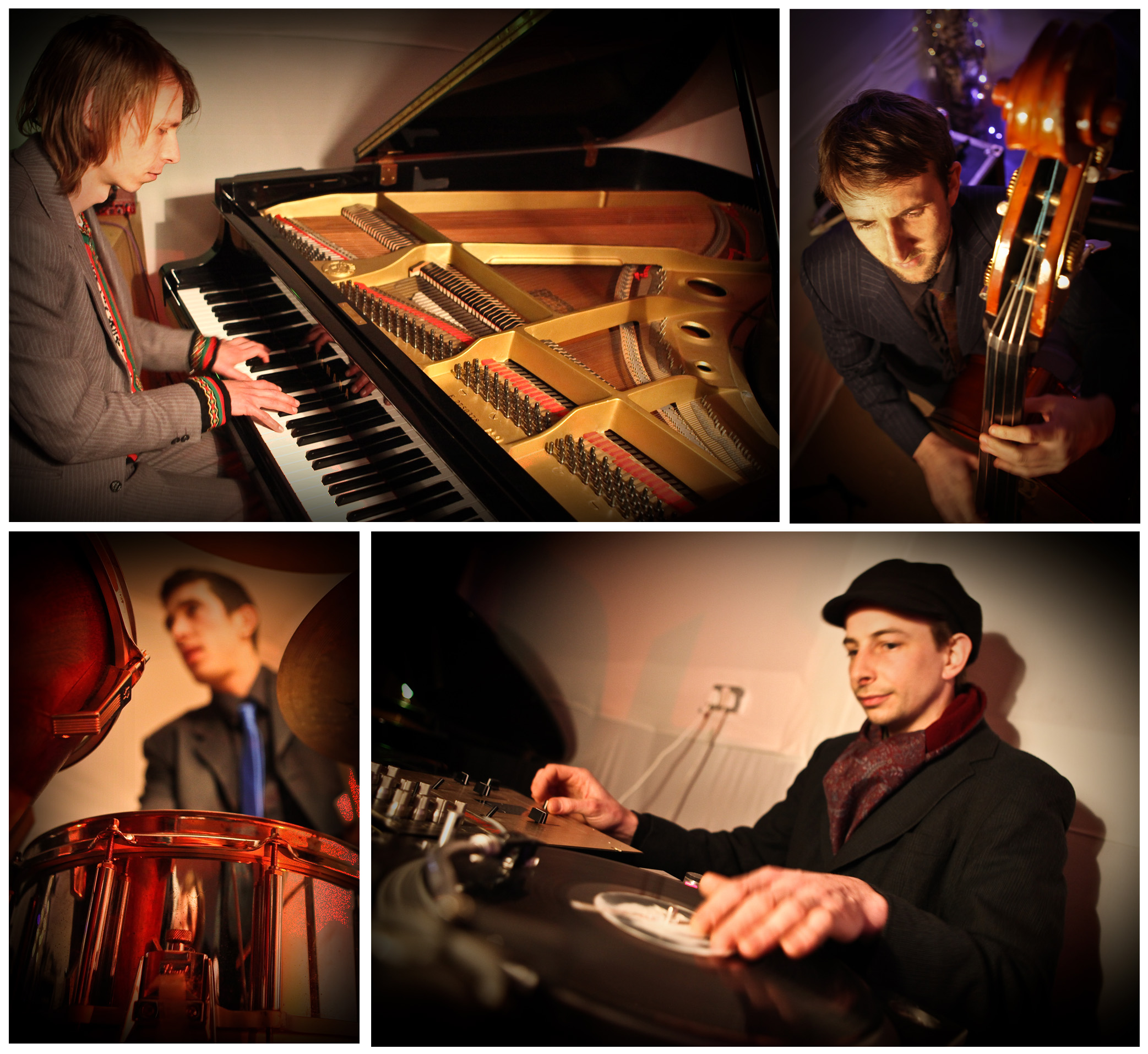 Lund Quartet are a hidden gem in the Avon Gorge, the Bristol four-piece first discovered by tonight’s compère “ethereally floating down the dock on the Matthew.” Criminally under-exposed, their eponymous debut album, released in 2012, introduced an economic yet highly nuanced sound, made interesting by the unusual set up of the band – drums, bass, piano, theremin and decks. Turntablist and hip hop producer Jake Wittlin adds textural density to the band’s output. Local musicians are invited to Lund Quartet’s studio to record their sounds for Wittlin to manipulate and turn into soundscapes. Chirped brass is intersected with effervescent scratching. On ‘Love’s Madness’, it is gorgeous female vocals, while at other points it is replaced by Balkan violin or breathy, sexually charged saxophone laid down by Craig Crofton. Added to this is the delicate piano of Simon Adcock, who also backs this up on the theramin. This is an instrument he controls with great restraint to haunting effect – the result audible as the plaintive cries of a lost soul, and this is often complemented by Rob Child’s bowed double bass. Sam Muscat’s intelligent drumming allows the tracks to effortlessly chop up tempo. Such is the beauty of some of the musicianship, the sounds are left to echo in the mind long after they have ceased to exist. This is undoubtedly a friendly home crowd. When showcasing new material, the band ask “is this a forgiving crowd? How many of our brothers are out there?” – quite a few, it turns out. Nevertheless, the material the band produces is highly unusual, and is some of the best new jazz The Fix has heard in years. 9/10 Conal Dougan
Follow @Thefixmag
Recent Posts
We Like You…