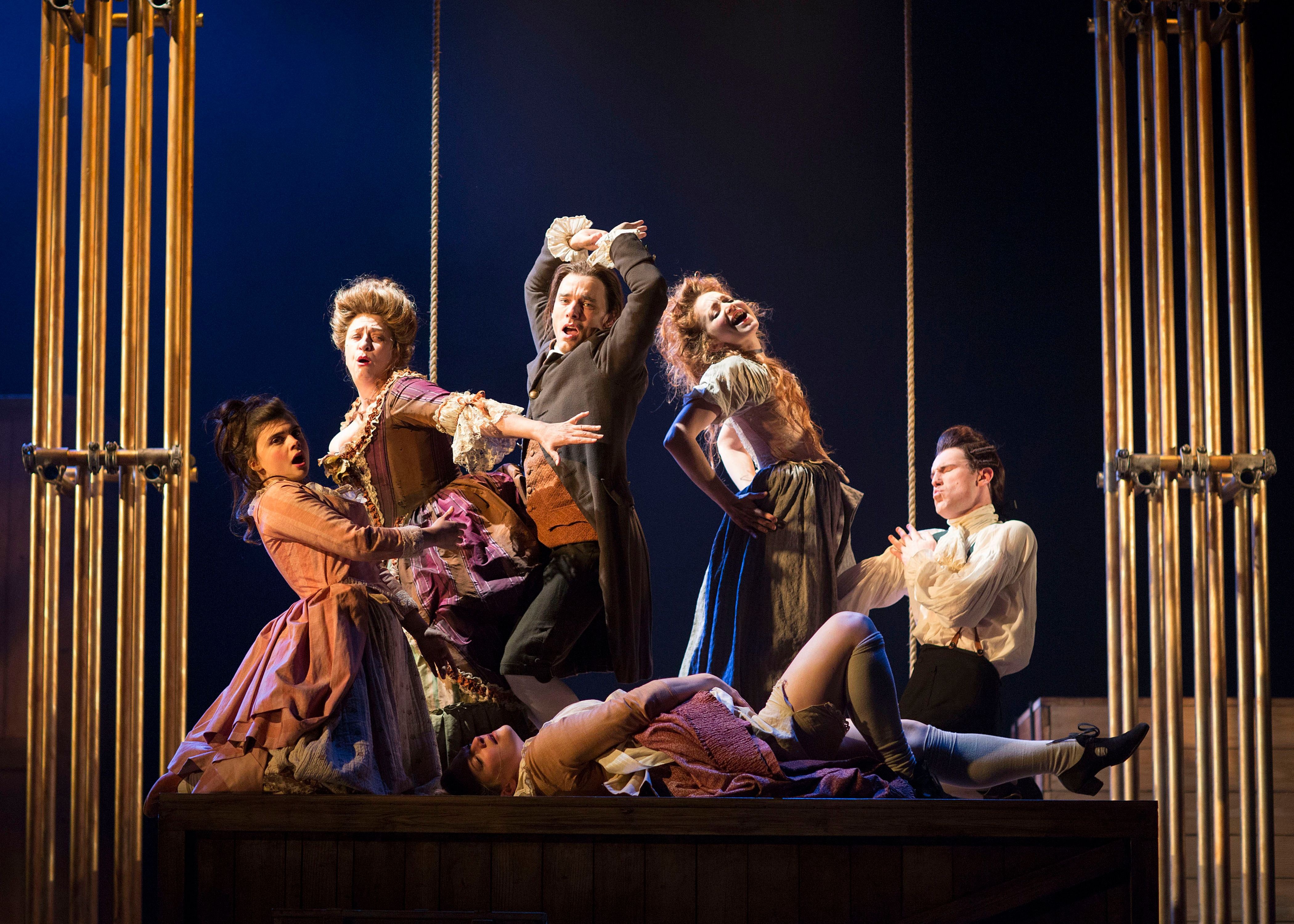 While across town the cinematic adaptation of 50 Shades of Grey gets set to send menopausal women’s heart aflutter with tales of soapy sadomasochism, the Bristol Old Vic provides something more akin to a powdery romp. Here is the latest adaptation of John Cleland’s (in)famous novel Memoirs of a Woman of Pleasure, first published in 1748 but banned from sale soon afterwards. Considered one of the first cases of pornography as prose and written while Cleland was in prison, the tale charts the eponymous Fanny Hill’s migration to the city as a young woman, her fall into prostitution and rise to notoriety.

This adaptation takes an interesting form. Caroline Quentin plays the elder stateswoman, an aged Fanny who sets about writing her life story through a sapling, played with tenderness by Gwyneth Keyworth. Often breaking the fourth wall to address her readership, the audience is witness to the playing out of a fictionalised and scandalised form of Fanny’s life.

The idea is that the play is a saucy frolic through the mischievous deeds of buxom wenches. “Readers,” states Fanny, “do not want the sordid stink of poverty. They want a hard-on.” Well, quite. The sex scenes are frequent, particularly in the first half, and are played out through a combination of horseplay and dance. A spectacular manoeuvring of a stage cupboard, opening out to reveal a masked butt-naked reveller with Fanny, provides the highlight of the show.

It’s not explicit at all, but it’s deeply deeply rude”

The original text, much of which finds itself into the play’s script, remains quite shocking to this day – a formidable penis is a “maypole…the broad and blueish-cast incarnate of the head, and blue serpentines of its veins…it stood an object of terror and delight.” Perhaps not a show to take in with your grannie, then. However, the descriptions of carnal desires are played mostly for laughs and the juxtaposition of phrases such as “he produced his willy” and “sends his pole reeking with virginal gore” create a knowing dissonance. 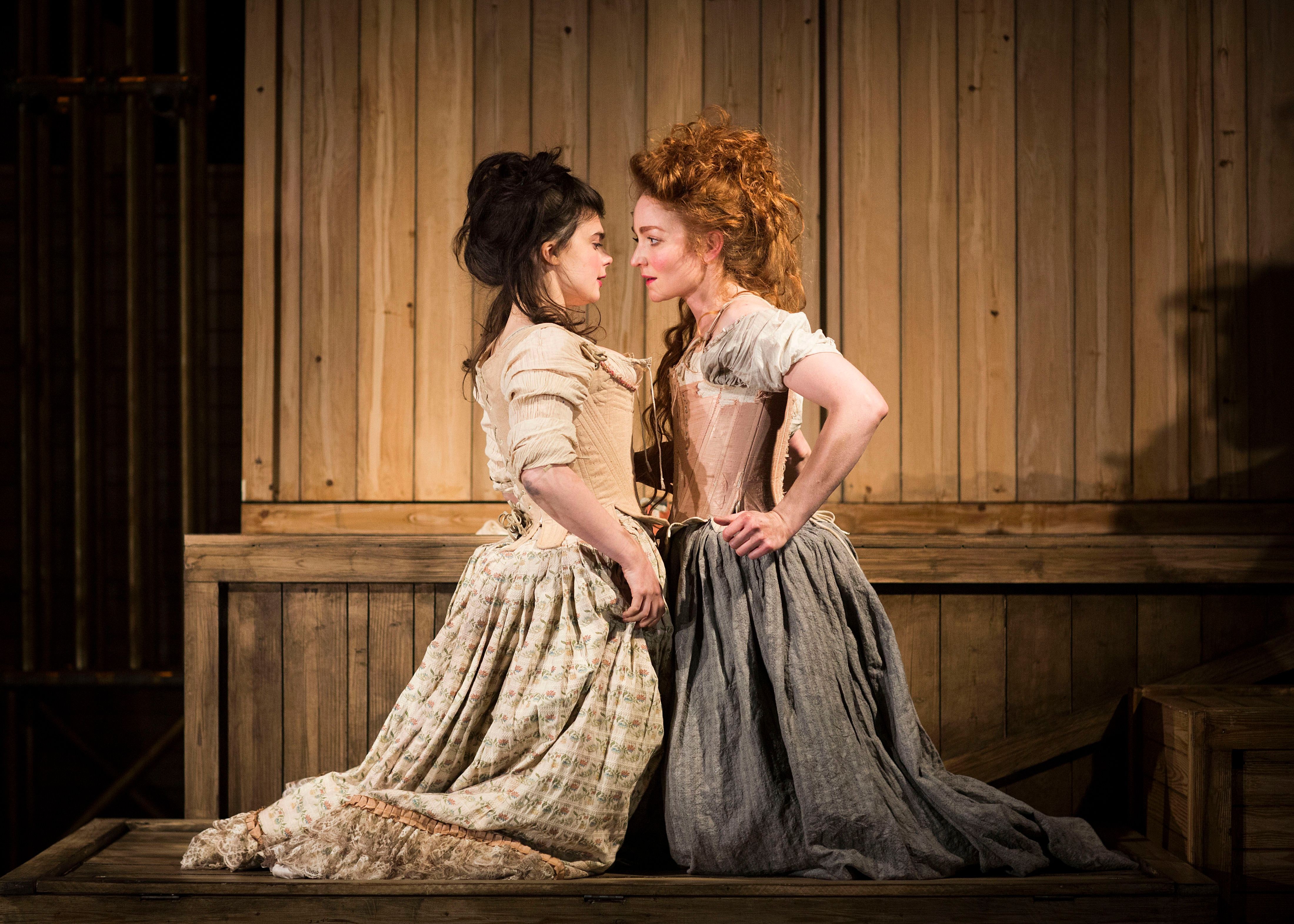 The acting provides a pleasing parallel with the content – it is apt for a play of exaggerations and animalistic urges that the cast should overact. Quentin provides Fanny with a masculine and bombastic shell to protect her from what must have been a punishing existence. This contrasts sharply with her singing, which is surprisingly and pleasingly sweet.

When Fanny Hill dips in tempo and into melancholy, as when a religious nightcrawler attempts to lure Phoebe Thomas’ whore away from a life of depravity, it is a relief when Fanny tells him to “bugger off and leave us with our arse.” This show is at it’s best when it is fast-paced, perverted and degenerated. Fanny tells us that we have witnessed “so far, six fucks – that’s more than most of you get in an evening.” That may be optimistic.