“Who the fuck are you?’ asks one ignorant onlooker, with the impertinent indifference that is so commonly witnessed in a support acts audience. Soon though this ennui turns to a hushed, but focused, silence as Rhodes begins to win over the initially hostile crowd. 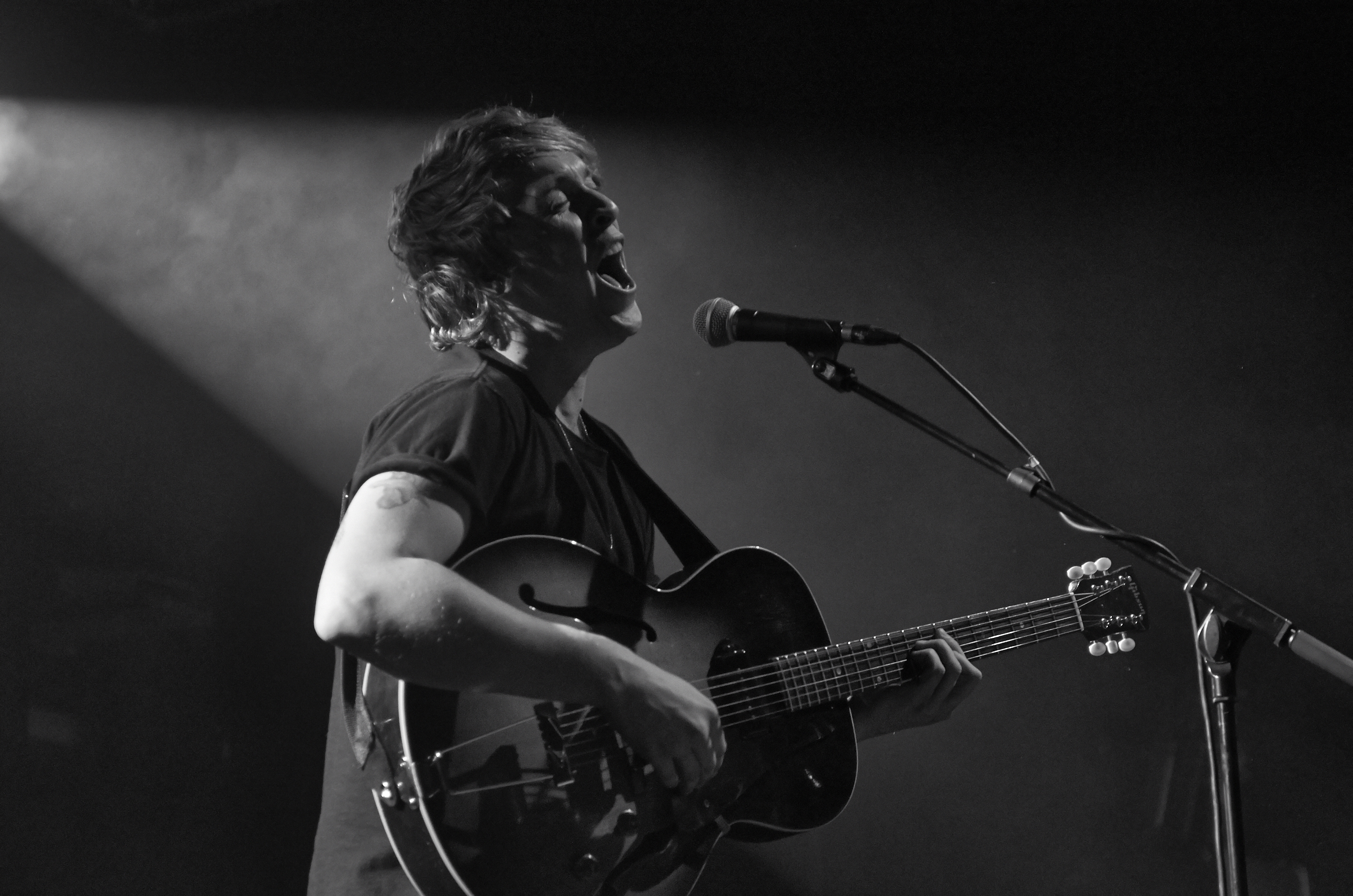 What’s more, David Rhodes (aka Rhodes) achieves this feat without the use of tricks or gimmicks; rather he relies solely on the beguiling combination of a single guitar and unique voice and it is this skill that makes him such a compelling artist.

Having seen him perform a few month earlier at Bristol Birdcage it is encouraging to see how tunes that seemed so at home on that most intimate of stages work just as well in this vast arena.

Hitcham born Rhodes is still dressed head to toe in charcoal black, bar a small silver pendant. And the 24 year-old continues to exude that Jamie XX kind of cool – thoughtful and urbane – and has a very softly spoken and modest stage presence.

Starting with the beautifully dark “Run” with its sensitive delay drenched guitar picking and searing vocals the track exhibits Rhodes exquisite vocals that recall Anthony & the Johnsons or Jeff Buckley.

By the conclusion it is clear, to even the vilest hecklers, that Rhodes is very much at home in this kind of environment and sooner rather than later will be returning to watch on in horror as disbelievers berate his support.

Rhodes Home EP was released on Sunday – get it here.

Photos by Will Fahy