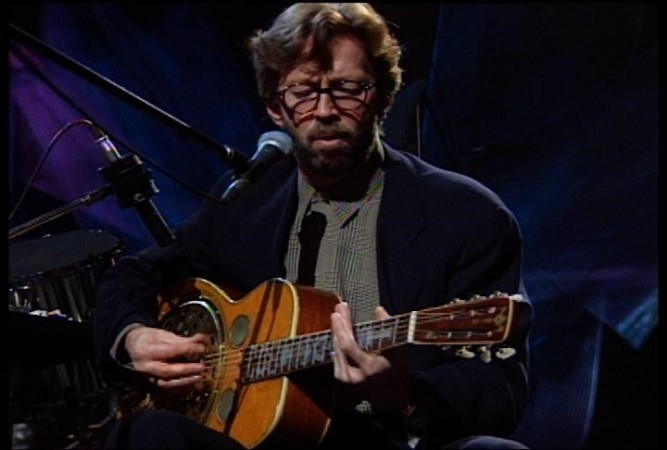 First written and recorded by American one man band Jesse Fuller in 1954, the infectiously catchy strum-along of ‘San Francisco Bay Blues’ made it a highlight of Eric Clapton’s much acclaimed contribution to the MTV Unplugged series.

Featured on an album where Clapton’s own compositions were accompanied by blues standards spanning the 1920s up to the 1950s, Unplugged’s inclusion of Fuller’s song can perhaps be considered a bit of a wild-card. There’s no doubt that its sprightly pace provides a levity amongst the relative intensity of the brooding blues numbers by the likes of Bo Diddley and Robert Johnson; certainly no other track on the album got anywhere close to justifying a kazoo solo.

‘San Francisco Bay Blues’, both as a live and recorded performance, is a track that has been extensively interpreted by other artists; it was brought to a wider audience through club performances by the likes of Bob Dylan in the 1960s and it has been covered by both rock n roll royalty (John Lennon and Paul McCartney) and rather more obscure acts such as The Flatlanders and Johnny Helm of The Wave Pictures.

Clapton’s Unplugged went on the garner six Grammy Awards (including Album of the Year and Best Male Rock Vocal Performance), with ‘Tears in Heaven’, Clapton’s epitaph to his four year old son Conor, responsible for victory in three of the categories.

‘San Francisco Bay Blues’, its sonic breeziness highly at odds with the lovelorn lament of its lyrics, provides a pleasingly bouncy intermission to a fine album.