The American Dream is an elusive beast; as elusive as a panther in the Smokey Mountains of North Carolina if Serena is anything to go by. 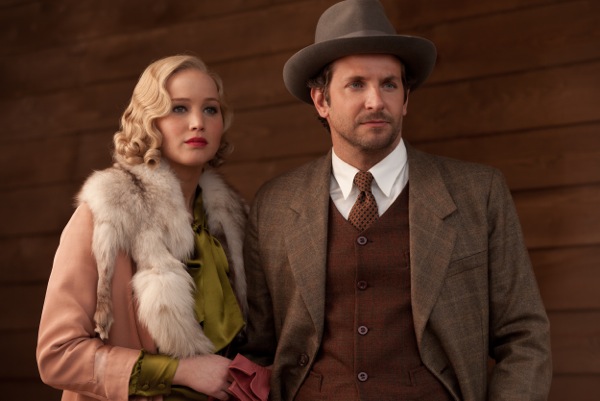 After 2 years sitting on a movie studio shelf, Oscar winning director Susanne Bier finally brings to the screen the tale of a reckless logging tycoon – Mr Pemberton (Bradley Cooper) – and his tempestuous relationship with his ever beautiful, if a little damaged, wife – Serena (Jennifer Lawrence).

Set in depression era America the story sees Pemberton trying to keep his business afloat despite bank debts and the circling crows of the government, who wish to turn the mountains on which his operation resides into a National park, and thus protected from such activity.

Despite offers of escape, Pemberton fritters away his money. A slave to his passions, and despite the better judgement of those around him, including his long suffering, and infatuated, right-hand-man Buchanan (David Dencik), he backs himself into corners out of which it is nigh on impossible to escape.

The film draws a tale of morality, a meditation on love, money, and a social document with characters and themes that could have been lifted straight out of an F Scott Fitzgerald novel (see “The Beautiful and the Damned”).

While Copper sometimes struggles under the weight of conveying this gravity  Jennifer Lawrence sparkles with some truly memorable and convincing moments. Mrs Pemberton is as wild and fierce as a rattlesnake, yet was forged in the same unhinged mould as Lady Macbeth – fragile in her mind but with the stomach to get things done when needs must, she encourages her husbands darker passions.

Once momentum builds this is a tense and compelling story with some realistically gruesome scenes that may shock (though often the violence is merely implied and not shown). Occasionally this pace is broken up with some seemingly unnecessary love scenes that bring nothing to the story and seem somewhat out of place in the overall story arch.

Sometimes great but always good, with truly graphic but never gratuitous moments, Serena reaches some dizzying heights without fully realising its full potential but is nonetheless a memorable and enjoyable experience that captures accurately the sights and sounds of backwater America in the 1920s.

Get tickets for future showings by clicking here.