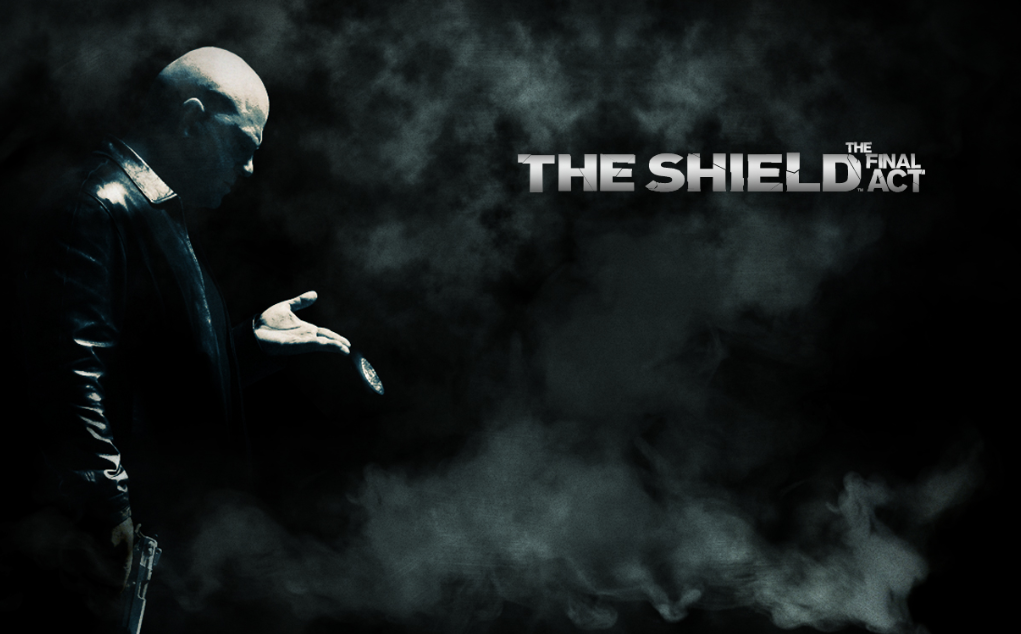 Earlier this week I was driving along a busy main road at night when I saw a dead animal lying yards away from my car. I drove around it but I noticed a collar reflecting back at me as my headlights bounced off it. I thought about my own dogs, “Would I want them to be left in the road in such a situation?” I asked. Of course not, so I turned the car around parked on the side of the road and stood there with a blanket ready to get the deceased cat whenever there was a long enough break between cars. I got the body to the side of the road, found a phone number on the collar, rung and broke them the bad news and then met the family and helped them bag their dead cat before driving home again. It was emotionally draining.

Why am I telling you this story? You’d be forgiven for thinking it’s because it’s Valentine’s Day and as a single man, hoping to be on the mind of a special someone, perhaps I am saying, “Look at me, I’m compassionate, sensitive, caring, and I can step up and be masculine when I need to be.” But that’s not why I’m telling you the story, albeit it is true, lady, I’m quite a catch – I mean, at least twenty cars drove past me and the family’s appreciation of me recovering the body before it was completely flattened and thus destined to have a spade to scrape it off the road pretty much confirmed that I’m a bit special and a bit of a hero too.

In possibly the most long-winded, irrelevant and perhaps disturbing three paragraph introduction to an article that has ever been I’ll now tell you why I’m telling you this story. When I saw that dead cat’s face I thought to myself, “Detective Dutch Wagenbach strangled a cat in The Shield once to try and understand what it would be like to kill a person.” Then I thought, “Great series, let’s write a Weekend Binge on it…”

Pffft. I feel I probably should have started with highlighting how the much-hyped Sons Of Anarchy, created by Kurt Sutter, reminds me of FX’s The Shield, one of the best cop dramas of all time in which Sutter made his name as a writer. That particular series, starring Michael Chiklis as the controversial cop Vic Mackey, was created by Shawn Ryan, who along with his fantastic writing and production team has created one of the most daring, gritty and evocative dramas ever to be created in the United States. Its intricate storylines offered many a heart-breaking and unpredictable narrative and I firmly believe that the later series contained some of the most wonderfully written, shot and acted tense scenes in a television drama. 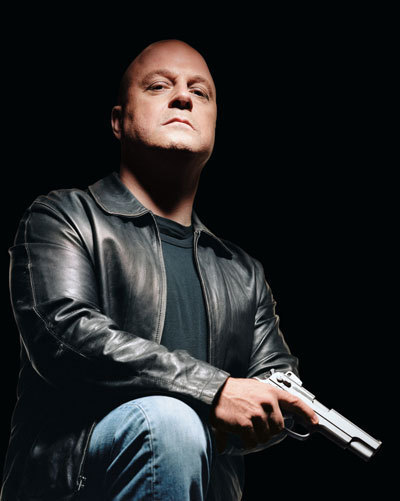 Who is Vic Mackey and what is his world?

I dedicated my University dissertation to this series for which I discussed the representation of race it depicts. In the years building up to 2002, when the series first aired, racial inequality within the police force in favour of white Americans was a genuine concern, especially considering the areas they patrolled and the diverse ethnic backgrounds of citizens they were facing on a daily basis. The Shield very much makes a statement by showing four white male cops, the experimental anti-gang unit named The Strike Team, who adopt an aggressive approach as they deal with black, Hispanic, Asian and Eastern European gangs in Farmington, a fictional district of Los Angeles. However, lines are blurred as it the team, led by Vic Mackey, is skimming off the top, making arrangements with gangs to protect them in exchange for personal financial gain amongst other things.

Despite this, the team are effective and Mackey is compelling. You get the sense he’s a twisted bastard, but he’s also noble and thus likeable and the audience root for him and The Strike Team when those further up in the hierarchy suspect and internal conflicts within the force lead to investigations scrutinising their actions. Of course, it’s thought-provoking because whilst they are doing hideous things, in a fairly gross and violent manner at times (Warning: The Shield has some of the worst violence you’ll see on television,) you do get a sense that they’re doing it for the greater good. Furthermore, we see the risk these gentlemen face day in, day out and get swayed into their mindset that they deserve to bend the rules a bit.

In the opening two series it’s very much viewing life from their eyes when it comes to this central storyline and it’s creating a grim spectacle of the police force’s behaviour whilst also showing the viewer that their jobs are full of grey areas. 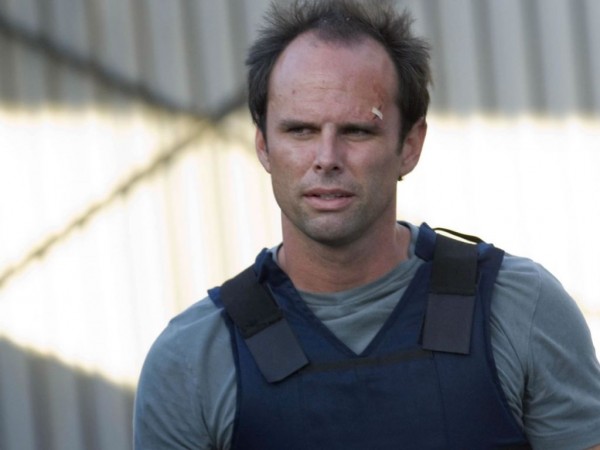 Within the Strike Team brotherhood you also have Ronnie and Lem, who early on are firmly background characters (but become crucial to the plot later on,) and wild redneck Shane Vendrell, Mackey’s number two who is played by the sensational Walton Goggins, who could possibly be one of the most underrated actors to ever grace the planet. As greed and just exactly how much they can get away with comes back to haunt them, cracks appear in the brotherhood and for the remaining five seasons it’s very much a case of constant fire fighting whilst slipping deeper and every man for himself. It’s gripping.

It’s very difficult to say more without giving much away but that constant battle I had as a viewer when it comes to the perception of Vic Mackey was enough to keep me watching. It seems I’m not the only one; with the introduction to Oscar winning actor Forrest Whitaker to the cast in season five, series creator Shawn Ryan admitted that this new character, Jon Kavanaugh, would be investigating Vic Mackey and was a device to sway opinion and create a split within the audience when it came to their views on their anti-hero. However, afterwards surveys carried out showed that even more viewers felt a stronger affiliation to Mackey and hatred towards Jon Kavanaugh was almost unanimous despite the fact that in real life he would be perceived as the ‘good guy.’

I remember listening to a podcast in which a group of television drama fanatics reviewed The Wire and only touched on a few characters and the central storylines in over two hours, simply because of the show’s complexity having the potential to offer weeks of conversation. The Shield is very much a similar and more underrated beast because of the strong range of characters and fascinating storylines for which the tag ‘sub-plots’ just doesn’t seem right. Many of these characters and their actions have a direct impact on the central storyline at different points in the seven season run and you’re rewarded if you stick with it because it’s a rarity in that every season just gets better and better.

Who are those other characters?

My favourite character in The Shield is probably the aforementioned cat strangler detective Dutch Wagenbach (Jay Karnes). Socially awkward, arrogant and commanding little to no respect from his colleagues, Wagenbach’s theoretical approach and dedication to studying criminal psychology complements fascinating cases that he and his partner Claudette Wims (CCH Pounder) are offered up in this series. Their personal dysfunctional relationship blossoming is also a treat, even if it shouldn’t work between two people from completely different backgrounds and generations. A series with Wagenbach and Wims alone would be better than a lot of what’s on television these days and would probably be likened to Hannibal or True Detective. Their case load at times is that kind of ‘fucked up.’ Did I also mention that he strangles a cat?

David Aceveda (Benito Martinez), captain of the police force at ‘The Barn’ with political ambitions, is one of the more crucial characters throughout in a constant push/pull relationship between he and Mackey, who often tandem between gunning against each other and then needing one another despite their mutual bitter disgust for the other party. Mackey’s and later Vendrell’s spouses play crucial roles too but then there are so many others thrown into the mix. Just watch it, okay?

It’s a blinder of the series and I’d need to write a number of articles or another dissertation to discuss the full complexities of it. Some may see it as a slow burner; for me the pilot isn’t so great, it borders on cheesy and Mackey is made out to be more of a lovable rogue rather than the horrifying character he turns into. You’ll probably be rewarded for sticking with it and you’re likely to enjoy the first season, get more intrigued by the second and those that follow. Seasons five to seven – unbelievable television. If you see it through to the end you may wonder how you’d never heard of The Shield.

The entire series of The Shield can now be watched on Netflix. Arran Dutton is a scriptwriter and producer with credits for BBC and others. Find out more about him at arrandutton.com