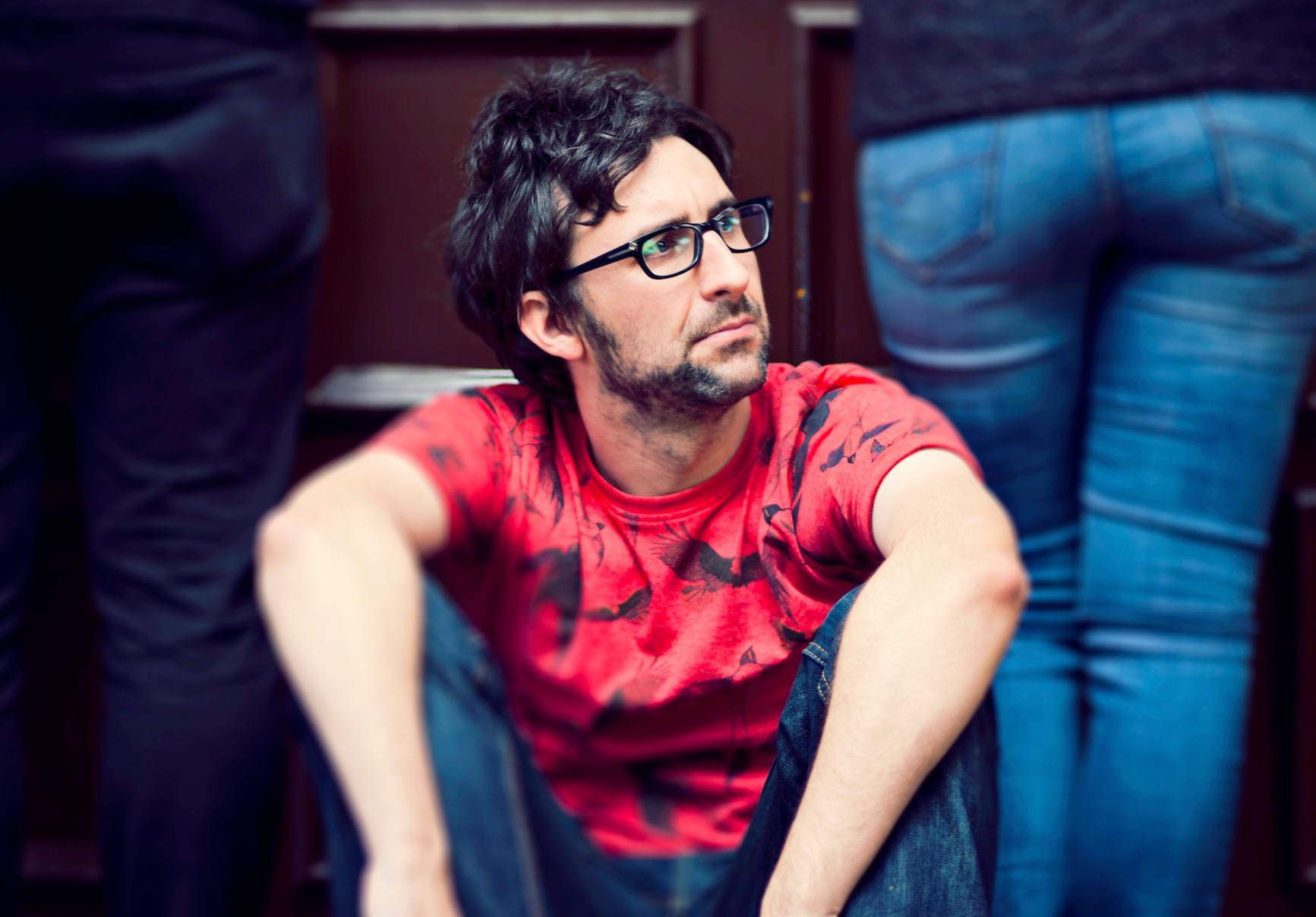 This was an evening when Mark Watson, Shirehampton native, once again proved why he is one of the best, most nuanced comedians around. Playing to a home crowd can be difficult – the added expectation, pressure and the fact that your parents could be in the audience watching you joke about your sexual self-exploration to Madonna videos. One of his friends turns up late: “Hi Rick! That’s my mate Rick, his parents live in Clevedon. Oh no, they’ve moved to the M4 now.”

Splitting his show ‘Flaws’ into two halves, the first part is entirely hijacked by the audience. Almost immediately he is heckled by cries of “shh” from the front row, which turns out to be mostly accommodated by 22 members of the Highways Agency out on a Christmas bender. “Usually, people like to have festive parties within the actual festive season.” The way he deals with the rambunctious hoard in front of him is incredible, completely diffusing their drunken tomfoolery with whimsical banter. When he asks one of the men his age, he replies “you tell me.” “Sorry mate, but this would be a lot lot quicker if you answered, seeing as you’re holding all the key information.”

Another audience member heckles him about walking out on a Shappi Khorsandi gig recently, and Watson has great fun playing with who he calls the “man from Trading Standards.”  When the heckler moves seats after the interval, Watson dives into despair at the thought that he had been walked out on, until the man reveals himself in another seat. As it is, nearly all of the first half of the set becomes improvised stand up, and it is superb.

Watson’s pre-planned material is no less potent. He jokes that his father always told him “you can’t make an omelette…he really was a pessimistic man.” Frightened by the thought that people can now print out weaponry, he doesn’t think he could print out a gun without it coming out “landscape instead of portrait and shooting someone in the calf.” Explaining the extent of his everyday swearing, he reveals that he called his toaster a “fucking bellend” before realising that he himself had the toaster settings set incorrectly, and the toaster continued it’s business “like a complete pro.”

For a father of two young children, it is a relief that Watson doesn’t dwell on the ‘aren’t my kids the cutest’ stories that so many 30+ comedians fall back on. Two potent highlights, however, are of his son telling him on his way to a gig to “be funny daddy”, something which is both funny and completely chilling at the same time. A raucus recreation of a Thomas the Tank Engine premiere he went to, complete with whistles and balloons for the audience, goes down a storm.

This is an evening when Watson proves himself to be a consummate performer, incredibly popular and genuine, with a great deal of off the cuff honesty. When he tells an anecdote, it rings true. His ramblings are articulate and coherent, and his set feels more like a conversation in a pub than a honed collection of jokes. The laughs are almost constant, and for a comedy gig, you really can’t do better than that.

Mark Watson plays the Tobacco Factory until  Tuesday 18 November, and is then touring.