So, it’s that time of year where the music press fill their pages with simplistic, superficial summaries of the past 12 months…and we at The Fix are no different! However, instead of giving you a list of a million songs you haven’t got time to listen to (who cares what the NME’s 314th favourite track of 2014 was?), we are giving you just our Top 10 Albums of 2014.

Sadly, this means no space for brilliant albums by Flying Lotus, Sinkane, War on Drugs or Conor Oberst. However, if you’re wanting to catch up with the best music of 2014, we think these little beauties are the best place to start. Our Number 1 may surprise you… 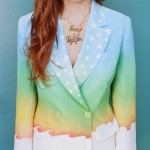 Coming six whole years after sophomore record Acid Tongue via the tumult of the breakup of Rilo Kiley, the death of her father and an enduring battle with insomnia, the American songstress’ third solo album was a product of one the darkest periods of her life. Steered by the hand of producer Ryan Adams, Lewis vacillates between slick 80s guitar-pop, late 70s folk and Fleetwood Mac-style Americana to deliver her most accessible set of songs yet. Though such shiny sophistication is rather new terrain for Lewis, the seductive fluidity of her vocal tone remains and her lyrics, covering infidelity, mortality and her ticking biological clock, are as trenchant as ever. (SH) 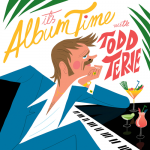 Frankly, if Todd Terje had released an album featuring just a single, 40 minute extended version of ‘Inspector Norse’, he would still have produced one of the finest albums of the year. As it was, he left that particular house track, ringing in the joyful ears of clubbers since 2012, to the denouement of It’s Album Time. The rest of the album is an array of relentless, apologetically upbeat dancefloor bangers. House, funk, techno and disco are putty in Terje’s hands, and the combination of driving tempo and synth obsession are an aural tribute to Midnight Express-era Georgio Moroder. It’s not the most nuanced of albums, it doesn’t have the layering of a Floating Points or Andy Stott, but by God does it lube the ol’ hips! (CD) 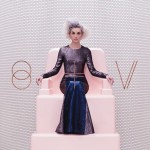 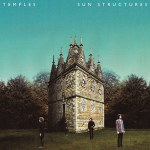 Unheard of just two short years ago, 1960s psychedelic rock revivalists Temples consolidated their vertiginous ascent with this fine album of unashamedly retro, kaleidoscopic sounds. Though the record’s Byrds inspired twelve string jangles, Beatles-esque melodies and stomping glam rock grooves clearly reveal a band in deference to the past, the Kettering quartet’s solid song-writing craft, sentient ear for an instrumental hook and tuneful vocal melodies make their debut something rather too good to be considered mere copycat fodder. Temples’ record label were among those in agreement and Sun Structures was voted Rough Trade’s best album of 2014. (SH) 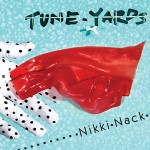 Following her previous two excellent albums, Tune-Yards’ Merrill Garbus managed to once again mould her childlike joy and freewheeling imagination into a series of outstanding tracks. Quirky and eccentric without being annoying or pretentious, Nikki Nack relies almost entirely on percussion to drive the tracks forward, with the only melody coming from playful basslines and vocal layering. As such, the album comes across as a primary school escapade, albeit one with dense musicality and adult themes (including an interlude about eating children…). Yet another album of true originality. (CD) 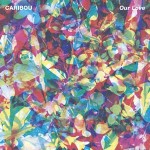 Spacious as ever, Our Love sees Caribou (aka Dan Snaith) taking a back-to-basics approach – of sorts – with a superb collection of low-fi tracks that pay homage to many of the ghosts of electronica’s past whilst maintaining that unmistakebnly Caribou sound.
Somewhat confusingly shrugged off by the man himself as collection of “mind-numbingly simple” tracks with “something for everyone to listen to” there is an awful lot more going on here. Indeed, a man with a doctorate in mathematics doesn’t often make miscalculations and Our Love is no exception. Every track is on the money and offers just enough to the listener, without becoming indulgent or familiar, before moving onto the next new feeling or sound. The singularity provided here takes the audience on a kind of euphoric drive down a Kraftwerk like Autobahn, with songs flying by like lost towns in a sleepy synth soaked land. (KM) 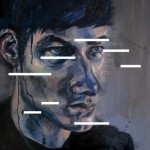 The gloriously unique East India Youth (aka William Doyle), is a one man whirlwind of beats, melody and dark soundscapes, whose ragged, dazzling, and downright brilliant debut album still doesn’t get the credit it so obviously deserves. The young Londoner’s casually titled debut boasts hints of techno (‘Hinterland’), haunting melodies (‘Looking For Someone’) and bucket loads of ambience (‘Total Strife Forever III’). While what comes next is still unclear, if his debut is anything to go by then Doyle is well on his way to fulfilling his unbounded potential. (KM) 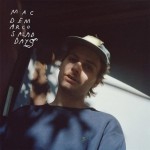 After an exhaustive year and a half of touring in 2012/3, Mac DeMarco’s second studio album captured the gap-toothed, Canadian funster in rather less insouciant mood. Though abundant in shimmering guitars and his trademark slacker-rock breeziness, the wearied, self-doubting lyrics of the album make for something considerably more personal than its predecessor. In echoing heroes such as Harry Nillson and Jonathan Richman, DeMarco’s tendency for tunefulness brings parity to his introspection along with a consistently summery vibe within which his downbeat allusions to something of a quarter-life crisis float effortlessly by. (SH) 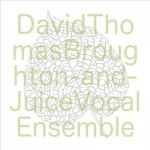 David Thomas Broughton wowed us with his gig at Bristol’s Grain Barge, and his album in collaboration with Juice Vocal Ensemble is a stunning mixture of sombre lyrics, beautiful guitar lines and innovative instrumentation. The combination of Broughton’s ethereal voice and the percussion provided by the vocal chords of Juice lends the album a sound that is quite unlike anything else we’ve ever heard. This album failed to be picked up by the mainstream media, a crime which will eventually see them made an example of at The Hague. (CD) 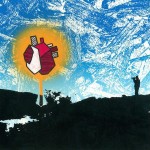 1. Polar Bear – In Each and Every One

What more can we say about Polar Bear’s fabulously rich and enchanting In Each and Every One? Melding modern electronica and traditional world rhythms with the debauched intensity of the 1950s jazz originators, Bear have formed an exceptional blend of modern, exciting and soulful music that gives hope for a genre while staying true to its roots. This, their fifth studio album, is an absolute masterclass in musical fusion. The band flex their impressive musical muscles throughout as they flow between fast (the scratchy YouTube/Bengali inspired ‘Chatpot’) and slow (the somberly hypnotic ‘Lost in Death Part 2’), switching time signatures and rhythms (‘Maliana’) effortlessly like they were just playing cards – no easy task, even for talented musicians. Bongos lull the listener into a psychedelic slumber on ‘Lost in Death Part 1’ – which boasts the kind of blues riff that would make Miles Davis tap his foot in appreciation, whilst ‘They’re All Ks and Qs Now Lucien’ raises us with its modern middle eastern haze like a fluorescent snake charmer. “Its an amalgamation of music” suggests Rochford in summing up the album. All we know is it’s the best album of 2014! (KM)

Read our interview with Seb Rochford

Read our original review of In Each and Every One