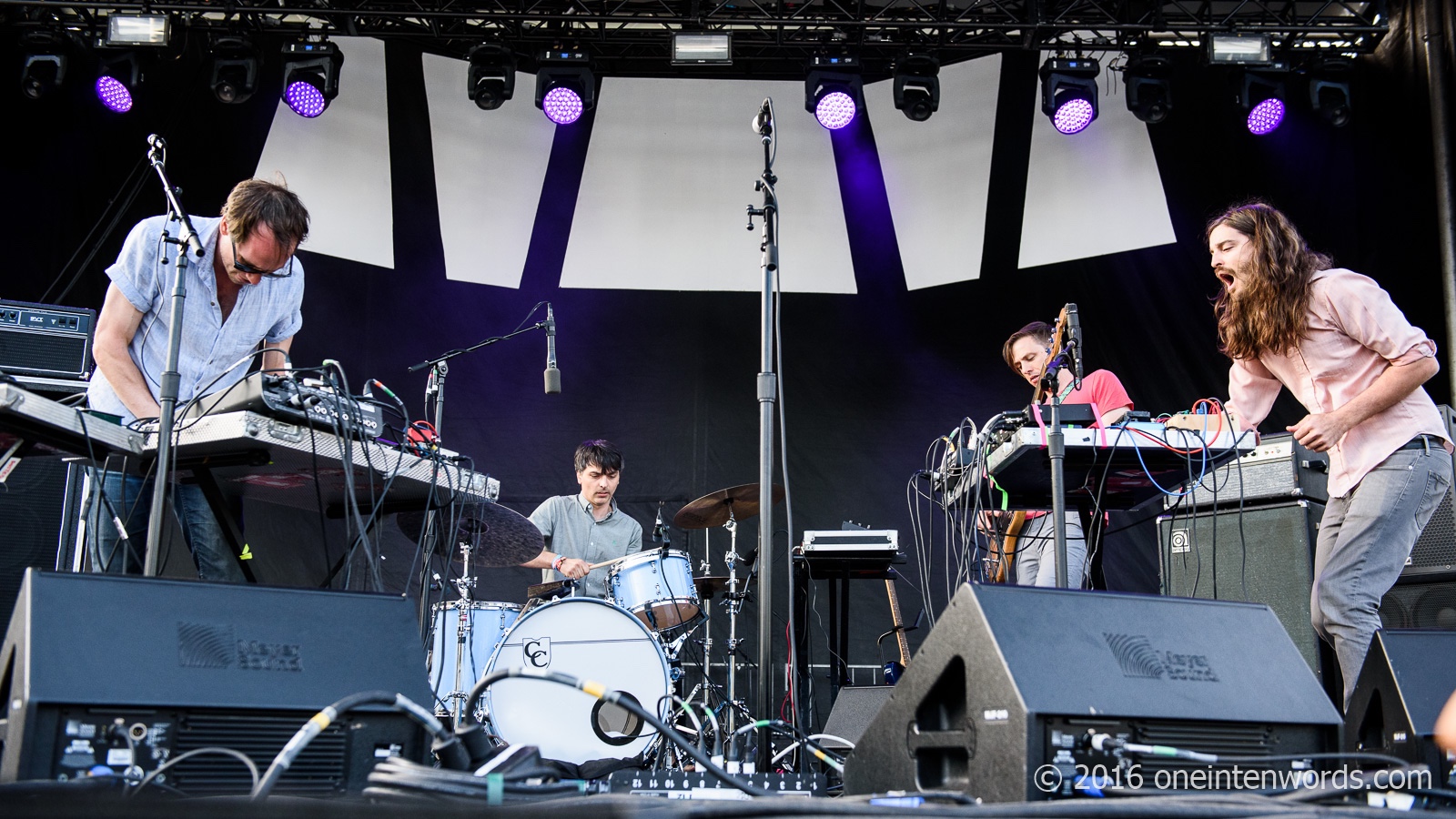 Despite challenging technical issues throughout, Canada’s Holy Fuck pull off a remarkable show that showcases the very best of their extensive back catalogue, with a welcome sprinkling of fresh new tunes for good measure.

It’s been a good while since we last saw them in Bristol, 2012 in fact.

Following a flurry of releases between their eponymous debut in 2005 & 2010’s Latin America, the band took an extended break until last year’s album Congrats, on what is now their third label (Innovative Leisure).

Constant touring with the likes of Radiohead & M.I.A. had left the group feeling jaded and in need of time to “step aside”, as lead sound maker Brian Borcherdt has put it, but a plethora of other musical and production project’s helped recharge their batteries/enthusiasm and so it was, after 2 years in a “proper” studio (rather than the rural barn they normally use for recording), they return armed with a simplified setup, and a number of fine new tracks.

Having settled on a now familiar line-up (featuring Borcherdt – keyboard/effects, Graham Walsh – keyboards/effects, Matt McQuaid – bass, and Matt Schulz – drums) they open with the storming ‘Chimes Broken’, which also opens the latest album. With its almost overwhelming middle-eastern wall of sound, it washes over the enthusiastic crowd like a tsunami of arpeggiating electronics.

Purveyors of essentially instrumental music, they combine children’s toys (toy phaser guns) and live electronics (including a 35-mm film synchroniser), in way’s normally only seen in these parts at Kid Carpet gigs. Comparisons aside their wall of sound is a triumph of craftsmanship, given the fact they have always resisted the temptation to incorporate less organic methods for making their unique sound, such as laptops or programmed backing tracks.

Throughout the first track though one can’t help but notice an audible (and not intended) crackle that permeates the ambient modulation.

As they waltz through the likes of ‘Latin America’, ‘Neon Dad’, ‘Red Lights’ and the new lead track from their latest EP ‘Bird Brains’, Borcherdt cuts an increasingly frustrated figure as intros extend longer and longer as he wrestles with two failing pieces of equipment (“I’ve lost two of my oldest pieces of gear tonight” he later confesses).

Despite these obviously exasperating glitches they still put together a show dripping with innovation, passion, melody and charisma (the interaction and counterweight of Borcherdt & Walsh is an extremely complementary provides an engaging stage presence) with the highlights being the eerie indie melody of ‘Stay Lit’ and the irresistibly throbbing pace of standard closer ‘Super Inuit’.

A marvel of human ingenuity, and on this night perseverance, Holy Fuck prove, once again, that electronic music can be organic and spontaneous.