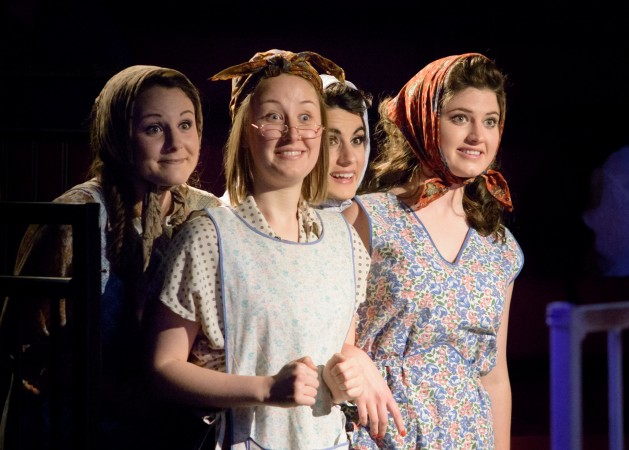 Bristol Old Vic Theatre School is certainly one of the most respected theatre companies in the U.K. and therefore the quality that so consistently flows from this school is not surprising. Following on from a myriad of accomplished plays that include 2013’s ‘Serious Money’ and this year’s excellent ‘The Heresy of Love’, Bristol theatre goers continue to be spoilt by the School’s productions.

This final performance by the 2015 graduating students of BOVTS has once again brought a host of talent to the Tobacco Factory Theatre stage; presenting an adaptation of Russian playwright Nikolai Erdman’s acclaimed early 20th-Century piece ‘The Suicide’. The Communist-era play has been reincarnated by Deborah McAndrew as ‘The Grand Gesture’, and it first premiered by the Northern Broadsides in 2013 to critical acclaim. It is a clever societal commentary on, well, a number of topics; it centres on protagonist Simeon Duff, who, unemployed and desperate, chooses to end his life. Word spreads, of course, and various neighbours and members of the community emerge to claim his ‘grand gesture’ for their own ‘noble cause’.

Indeed, Simeon, played by the likeable Simon Riordan, is hungry. A request for a leftover sausage in the middle of the night causes an argument with his wife, Mary, which ends in accusations and threats that lead to a dreadful chain of events. Simeon’s hunger goes much deeper than just his stomach though; he is hungry for opportunities that will redeem the respect he has lost through months of unemployment and a reliance on his wife’s wages.

Through a desperate and failed attempt to learn to play the Tuba, he comes to the conclusion that he has no reason left to live. Mary, played by Martha Seignior, has nothing but love for her husband, even while enduring the consequences of his exasperating antics. Martha is genuine in her role as a supportive wife and offers a charming and natural performance of stability and loyalty amidst the chaos and confusion. 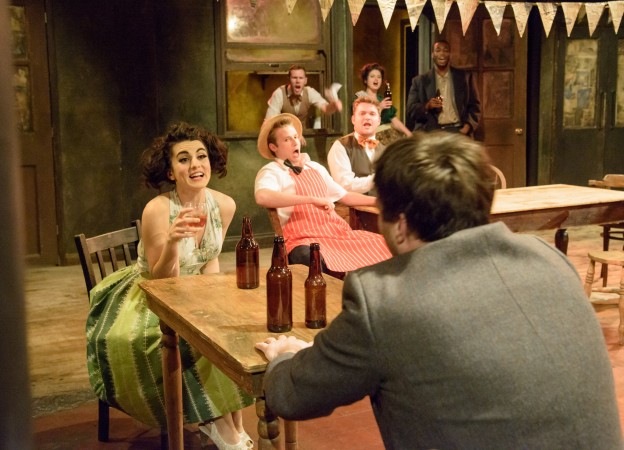 As Simeon Duff’s intentions spread across town, he soon has visitors from all walks of life; all of whom pay a fee for a stake in the outcome of his untimely demise to his morally corrupt, but good-natured landlord, Al Bush. This formidable character, played by Marcus Fraser, makes promises to ensure all their interests are represented through Simeon’s “grand gesture.” Marcus truly is a standout performer amidst an incredibly talented group of actors. His presence is demanding and captures Al’s multi-layered desires and intentions with ease.

George, a simpleton postman desiring a revolution he does not understand, is brought to life by Harry Egan, whose physical comedy is a fine example of many well-placed comedic moments which punctuate the poignancy within this play. However, the embodiment of humour in this piece is found in Tilly Steele’s portrayal of Sadie, the irreverent Irish Catholic mother-in-law who lives with Simeon and Mary. Tilly captures the stereotypical “old lady” comedic aspect of the character with a fresh vibrancy that truly is magnetic.

When not on stage, the audience awaits her return to the storyline and I found myself smiling in anticipation to see what she would say or do next.
The one aspect of this play I was truly delighted by was the music. All songs are performed live by the cast and include the use of instruments such as the harp, saxophone, clarinet, trumpet and guitars. The musicality within the many regional accents and the poetic phrasing within the dialog is an extension of the aforementioned musical offerings. The play is brought to closure with a beautifully performed Irish folk song as Simeon is forced to face the devastating implications of his flirtations with suicide.