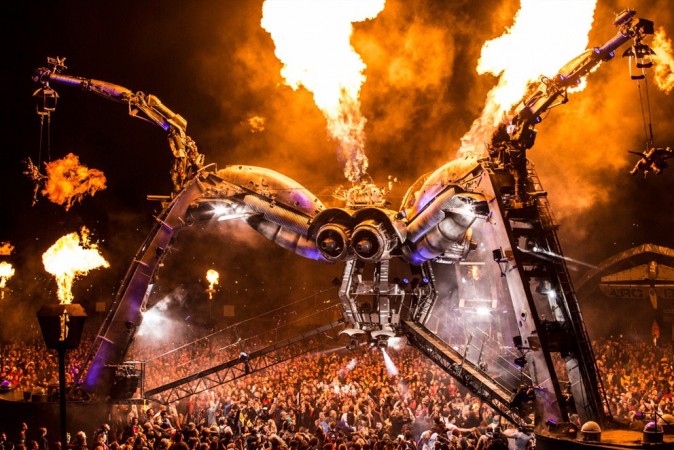 We’ve been waiting for confirmation on this for a while now. Arcadia, the team behind BoomTown and the most thrilling part of Glastonbury, have just announced the dates for their inner-city festival in Bristol. On the 4th and 5th September, Queen Square will be overrun as the giant spectacular spider drops into the heart of the city.

The line-up for the show, entitled Metamorphosis, has yet to be announced. Although in a way the quality therein lies secondary to the shear extravagance of the show going on around it, previous spider sessions by the likes of Fatboy Slim, Seth Troxler and Skrillex suggest that it will be a heavyweight electronic line-up.

With an incredible 21,000 already signed up to the event on Facebook, this is sure to be a sell-out event. Arcadia’s founders, Pip Rush and Bert Cole, had this to offer:

“We’re hugely excited to bring Arcadia home to Bristol for our first inner city UK show. Bristol and it’s community have been so influential in our evolution, and it’s a real honour to play such a key role in the city’s life during such an important year. We hope it will be a memorable moment of unity that celebrates the inspirational possibilities of what can be done with the world’s waste.”

The full line-up is to be announced in June, but tickets are now available. We suggest snapping yours up pronto.