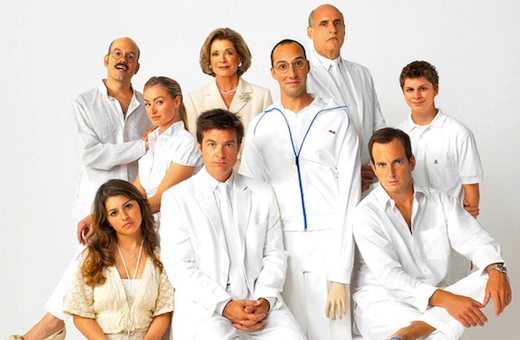 It’s the story about a wealthy family who lost everything and the one son that had no choice but to keep them all together. It’s Arrested Development – one of the most diverse and clever comedy series you’re likely to ever see. At its heart it’s dry, witty and sharp, but there is a fusion of comic styles on show in this series with broader juvenile, slapstick, physical and observational humour that blends to create a delightful mix that’ll leave you grinning throughout and provide more than the occasional laugh out loud. It’s now available on Netflix in its entirety and for me, old schooler with all the DVDs, I completely understand why it’s won multiple Emmys for Outstanding Writing for a Comedy Series.

Originally airing on Fox in the States in 2003, Mitchell Hurtwitz’s wonderful creation follows the Bluths, classic dysfunctional, flawed and a previously wealthy family, whose assets are frozen when George Senior (Jeffery Tambor) is jailed for what is later considered as “light treason.” The eldest son, Michael Bluth (Jason Bateman), continues to manage the sinking ship that is The Bluth Company, the housing development organisation founded by his father that funds an entire family’s lavish lifestyle, and has to mediate and financially manage his out of control siblings and mother who don’t even attempt to change their ways despite the fact that on paper they have no money. Observing the mayhem with us is the incredibly dry and witty Ron Howard who narrates the series.

I recently watched interviews with a number of comedy writers and they all say that creating wonderful and flawed characters is fundamental to the success of any sitcom because, although the plot is important, it’s the characters that makes viewers want to go back for more. Arrested Development has these in abundance with a core cast of nine making up the three generations of the Bluth family. Characters include:

GOB (Will Arnett) – a chauvinistic playboy and useless magician. No one in the family respects him due to his complete lack of integrity.

Buster (Tony Hale) – the sensitive brother who is very much a child like mummy’s boy despite being in his late thirties. He is kind but seen to outsiders as weird as he no social skills and credibility to be taken seriously.

Lindsey (Portia de Rossi) – an incredibly selfish and glamorous lady who bows down to materialism. Like her mother she also shows a lack of maternal instinct much to the disgust of her rebellious teenage daughter Maybey (Alia Shawkat) and regularly fails to seduce her might be/probably is gay husband.

Tobias Funke (David Cross) – the aforementioned might be/probably is gay husband whose clumsy antics and ditsy head in the clouds manner makes his attempts to move from therapist to actor seem even more ridiculous/unbelievable. He’s also a ‘never-nude’ (It is what it sounds like) and has Carl Weathers (of Rocky fame) for an acting coach.

George Senior – Equally as cold as his wife and ruthless as you’d expect from a multi-millionaire businessman, already overpowering when out of jail, he tries to control from inside too.

George Michael (Michael Cera) – Michael Bluth’s sweet and sensitive teenage son shows naivety despite his intelligence and seems to be a rabbit in the headlights in almost every social situation. Also has to deal with having a crush on his fellow teenage cousin, Maybey. Worth noting that Cera’s comic timing and likeable innocence led to him being the series breakout star with feature roles in Superbad, Juno and Scott Pilgrim vs The World following.

The aforementioned ‘respectable son,’ Michael Bluth (Jason Bateman), is torn from pillar to post as he acts as a fire fighter in a difficult working environment and an even more difficult personal life as he brings up his teenage son, whilst overcoming the difficulties presented to him by his outrageously selfish family members whose actions are as detrimental to him as they are to each other. Effectively, Michael is the straight character to the comedic antics of those around him, interjecting with sarcastic and sharp comebacks to the nonsensical conversations he becomes a part of and a blasé and sceptical view on the actions that fill up too much time in his day. 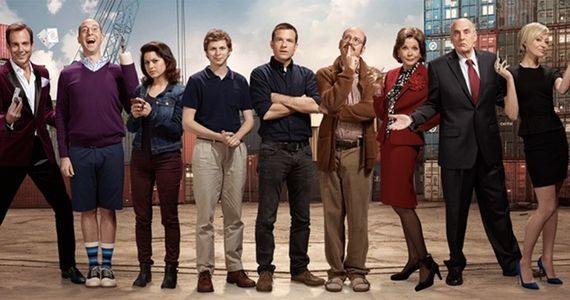 When you have a mixture of great characters it also creates a diverse range of character mixes and dynamics when you throw all of them or some of them into scenes together. From a writing point of view this can give a show distance and allow it to stay fresh; take Friends for example, Joey and Chandler in a scene together has a different dynamic to Chandler and Phoebe or Joey and Monica, which in turn gives the writers a capability to generate more storylines, show and develop different relationships and give the viewer an insight as to how different people can bring out something new in a character. This is one of the major reasons why Arrested Development sparkled because throwing any of these dysfunctional and flawed characters at Michael in a scene or pitting these selfish idiots against each other naturally generates the tension needed to create humour. Michael aside, they are all looking out for themselves, which makes the objective for Michael an impossibility in every episode.

However, it’s difficult to find the balance when including so many character storylines into one 23 minute episode at a time and whilst at times it must have seemed like a gamble to write in so many characters it truly did pay off. For that you have to credit Mitchell Hurtwitz and the rest of the writing team, who also created fantastic recurring characters to rock the boat played by the likes of Ben Stiller, Henry Winkler, Liza Minnelli, Judy Greer and Charlize Theron. 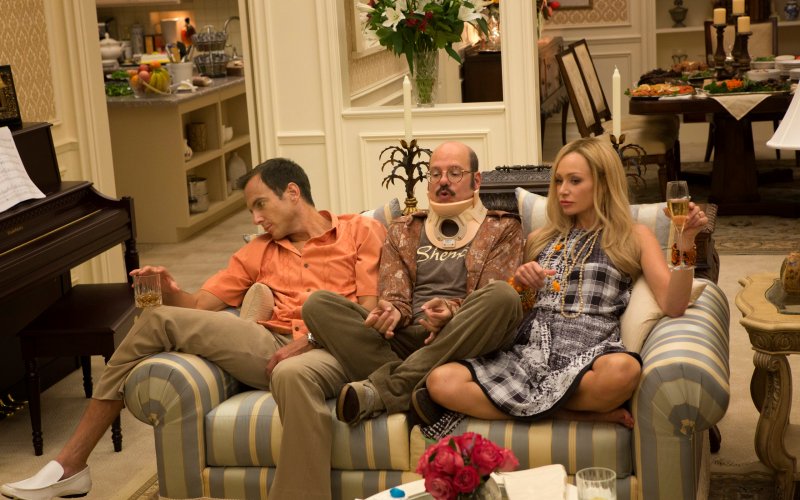 Despite high profile award nominations and mass critical acclaim, Fox, one of the US’s largest mainstream television networks cancelled Arrested Development due to poor viewing figures, making the announcement midway through its third series, which resulted in the series being wound down perhaps in the way it shouldn’t have been. Sadly, it’s a case of advertisement funding ruling the roost with networks such as this and if a show in a slot isn’t getting the viewing figures then replace it with one that will. Maybe this is the place to knock the intelligence of a large part of America’s viewing public.

That said, it’s probably fair to say that Arrested Development isn’t the most accessible comedy for those dropping in on a random episode; for one, those viewing from the outset are rewarded to delightful on-going inside jokes and asides that would go over a new viewer’s head. With the introduction of so many characters from the start, it could also be said that earlier episodes, whilst amusing to me, may not contain enough humour for others and it’s a valid point as necessary plot development and character weighting early on does come at an expense of an extra laugh or two.

Luckily, since 2006 it’s become a cult phenomenon with a loyal and perhaps more patient fanbase reaping the rewards and revelling in them when the series really hits it stride in the latter half of season one and the entirety of season two when some of the finest comedy known to man is on show. The word of mouth, internationally, finally got around and in 2013 Netflix brought the series back for a fourth season, that ties up loose ends and lays the foundations for the Arrested Development movie, which has been spoken of since its original cancellation. For me, the latest series is very clever in its own right, but it does have a different feel and tone to it than the originals, which has led some fans to be critical. That said, it’s worth a watch; if it was a new sitcom on television it would be one that a lot of people would stick with, perhaps leading to a cult following, which others would catch up with and appreciate in years to come.

This has been a long Weekend Binge and if you take my advice it’ll cover your binging backs for a few weeks. It’s a comedy treasure chest and if you haven’t opened it yet then go to Netflix (if you have it) and look inside.