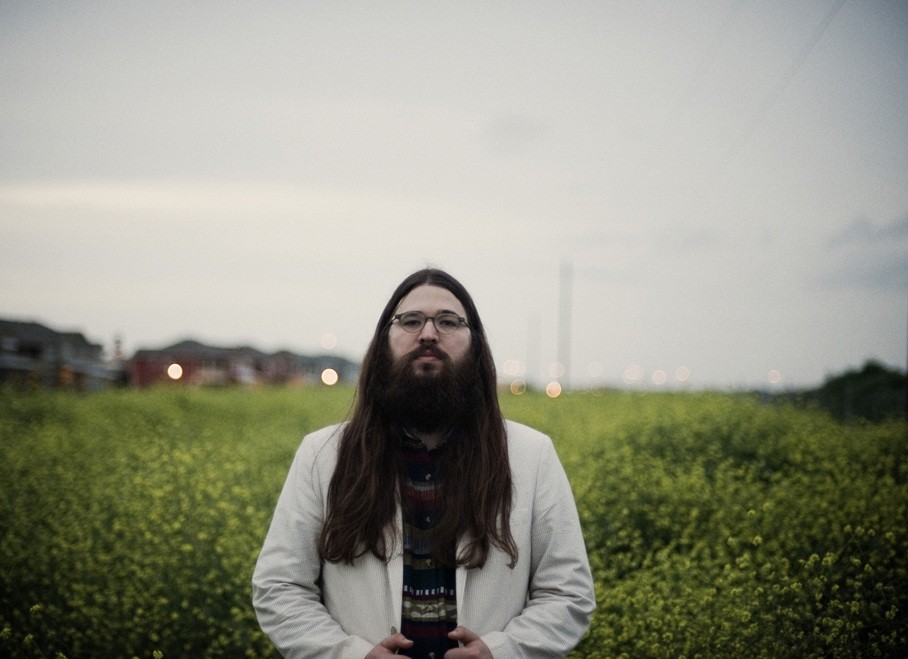 In 2013, Matthew E White released one of the most unexpectedly acclaimed albums of the year. Recorded on Spacebomb Records, a studio he built in his room, Big Inner brought back the laid back groove of AOR radio stations and soul-infused loved-up rock. In an age of LOUD, the record was a subdued affair, his soppy lyrics whispered and mumbled and the brass backing turned so low it was barely audible. It even brought Jesus into the mix, the closing song ‘Brazos’ and its seemingly interminable refrain of “Jesus Christ is our Lord; Jesus Christ he is your friend” surely one of the greatest tracks ever recorded about a semi-fictitious bastard deity.

Thus it is with great expectation that White’s second album, Fresh Blood, is released on 10 March. Two tracks – ‘Rock ‘n’ Roll is Cold’ and ‘Tranquility’ have already been previewed on his website, and it’s fair to say that, especially in the case of the former, White hasn’t lost his knack for cracking tracks.

The even better news is that he’s playing in Bristol at The Marble Factory on 19 April. Our advice is to pick up a ticket sharpish.