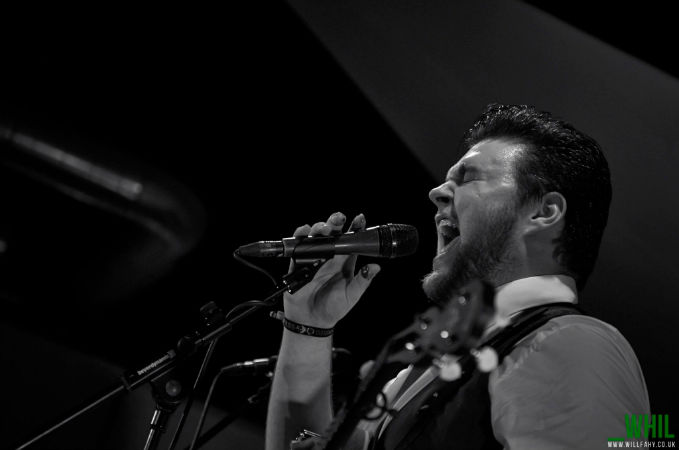 Photo by Will Fahy (www.willfahy.co.uk) – Interview by Georgie E Robbins – Born on the cobbled streets of Bath, Bare Knuckle Parade brings together five musicians who share a love of ‘sing until your jaw is broken’ drinking songs. Since forming the boys have quickly gained a reputation for raucous, frantic and memorable live performances. The band fuse traditional Celtic-folk with rock and punk undertones.  In a quick fire interview for The Fix,  Georgie E Robbins spoke from Jamie Beale from the band about their recent celebrations, live performances and a little bit of love from Dermot O’Leary… First of all congratulations on cracking the top 10 of the iTunes charts! Were there any wild celebrations? We had a house party at our vocalist’s and guitarist’s house with a group of friends, drank a lot and partied till the sun came up! After the success of “Star of Dundee” where would you like to go from there? What have you got lined up?  We are planning to release a second single entitled ”Satellites” on vinyl and then we will be releasing our debut EP in June. We then intend to hit the festival season hard! I see you even got a retweet from Dermot O’Leary! What affect do you think figures like this can have if they support up and coming bands?  People like Dermot O’Leary are doing an absolutely cracking job at supporting up and coming bands! ) What do you enjoy most about performing and when can we next see you?  We are touring throughout the UK in June! When we play live shows as a band there is a buzz that we all feel when we get the chance to interact with real people in a real crowd – you cant capture the feeling on camera but it really does fill the room! How did you guys meet and what made you decide to perform as a band? We all met at a gig and we clearly shared a love of energetic live shows but it wasn’t till about 6 months later when we decided to form the band after an conversation over a couple drinks… For those who have never heard your music, how would you describe it? Sweat drenched, beer soaked pandemonium. Find out more about the band at bareknuckleparade.com
Follow @Thefixmag
Recent Posts
We Like You…