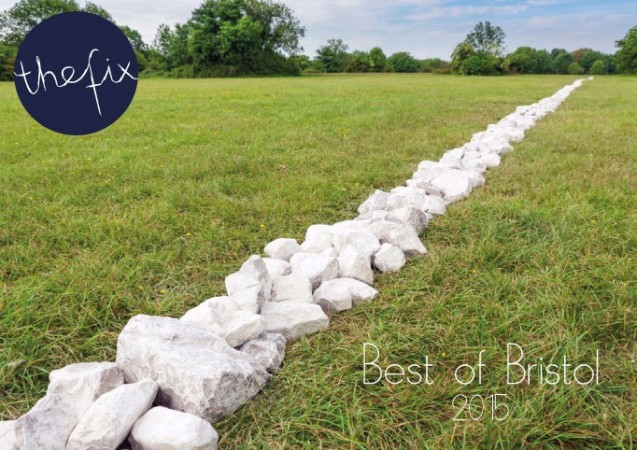 We run down the best Art projects and exhibitions from the last 12-months, and choose our number one. 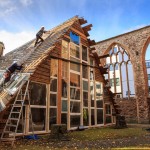 For me, the visual art highlights of the year came from exhibitions that were in a way poles apart. Theaster Gates’ Sanctum was a high-concept triumph which captured the spirit of the city and succeeded on the back of local involvement. The blockbuster retrospective of Richard Long’s Time and Space at Arnolfini, meanwhile, was a fine way to celebrate one of the most important artists of the last few decades. His installation Boyhood Lines up on the Downs was a poignant reflection on the city that he grew up in. 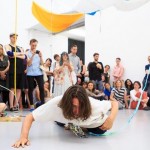 The outstanding exhibition of the year, however, has to be Reto Pulfer’s Gewässerzeiten at Spike Island. The Berlin-based Swiss artist used painting, drawing, music, found objects everyday materials to create Zustände, mental and conceptual states or ‘total artworks’ to be experienced by visitors to his exhibitions. In the main space bed sheets were hoisted like sails above a floor littered with an array of material – velvet, tin can, string and silt sourced from the river outside the gallery, and the effect was magical, melancholic, beautiful and dangerous all at once. This was an exhibition that could be enjoyed for hours. (CD) 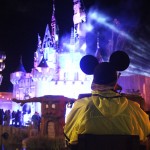 Without doubt the most popular art event this year was the temporary project organised by street artist Banksy.
Dismaland reinvented Weston-Super-Mare as the home of the worlds first “bemusement park” for just over a month.
Constructed in secret, the pop-up exhibition at the Tropicana, a disused lido, was described by the man himself as a “family theme park unsuitable for children.”
More than 50 artists from 17 countries contributed work to the project, including Damien Hirst, Jenny Holzer, David Shrigley and Jimmy Cauty, with Banksy creating ten new works for the show and funding the construction of the exhibition himself.

Deeply unsettling, yet bizarrely entertaining, exhibits ranged from the interactive – piloting remote-control boat packed full of migrants through murky waters and floating bodies – to the bitingly satirical – a cabin beside the children’s play area advertised “Payday Loans 4 Kids: get an advance on your pocket money today”. The only way to catch a glimpse of the company’s punitive interest rate was by bouncing on a trampoline.
The incredibly effective use of resolutely depressed Mickey mouse eared security guards was the embodiment of the simplistic genius of the overall project.
See a full gallery below. (KM) 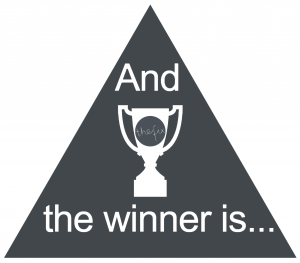 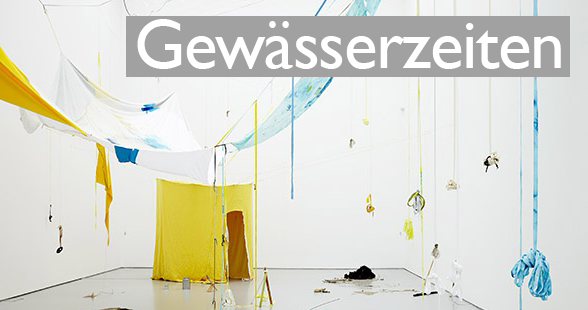 With so much going on in the exhibition, many hours could be whiled away at the Swiss artists spectacular show.