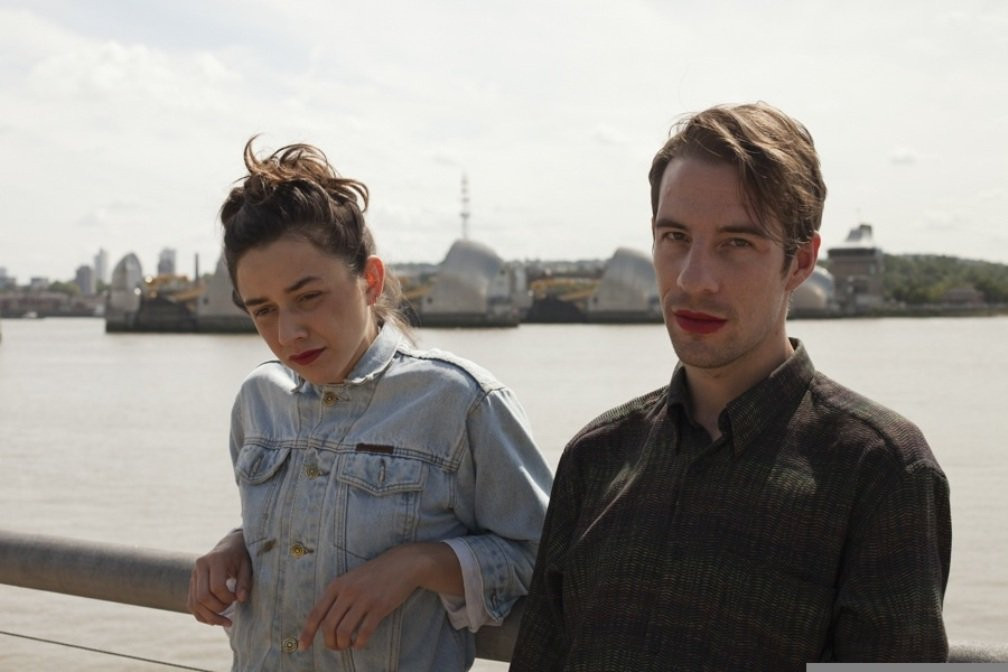 When debut single ‘Hot Air Balloons’ was released into the world at the tail end of last year, its floaty nostalgic sound was warmly received by elements of the online music press and, thus, 2016 offered up the promise of a full album of similarly dreamy and slightly whimsical indie pop. Debut album Suppose is now set to land and London-based duo Blue House – consisting of former Fiction guitarist James Howard and Drop Out Venus drummer Ursula Russell – have delivered a record that, while bearing no stark ambitions beyond its relative simplicity, is a charming and easily digestible listen.

Opener ‘I Found My Limit’ – propelled by its clean and simple electric guitar riff and walking bass figures – is a floaty duet that, sharing with it a vague melodic similarity, occasionally threatens to break out into the chorus of Fleetwood Mac’s ‘Everywhere.’ Though the term ‘dreamy’ is perhaps an obvious adjective to reach for when depicting the band’s sound, it is also one completely apposite alongside the reverie-laden lyrical themes: The opening track has Russell singing “When I’m dreaming daydreams,” while, further on, Howard’s reverbed drench assertions to “Dream away…dream yourself away” overlap the skipping acoustic jam of ‘Museum Workers.’

Dreaming and escapism is arguably the central theme throughout the album’s ten tracks; ‘Ear to the Door,’ while a slightly more chirpy acoustic strum amongst the record’s general leaning towards light melancholy, imagines an alternative life outside of a strained relationship (“I know how it feels not to love the one you live with”); ‘January The Tenth’ meanwhile centres around the day of David Bowie’s death and Howard’s desire to follow in the great artist’s otherness and transcend the humdrum minutiae of “small affairs” and “suburbia.” It’s a track containing some of the album’s most pleasing musical moments – the downbeat guitar glide of its intro and middle eight sections delivering a pretty diversion into plaintiveness.

‘Simple Song’ is the record’s standout tune with its hypnotically catchy, swampy guitar hook, underwater reverbs and momentum building staccato keyboards. It also features the album’s quirkiest lyrics; “If I was a Hammerhead sharking around in the sea/Well I would make like a shark and then you would shark for me” is an idiosyncratic and rather vague relationship metaphor. It’s the culmination of a lyrical quirkiness that is alluded to elsewhere with mentions of keys under flowerpots, fireflies “telling me that Bowie died” and a gentlemen called Albert who plays the euphonium.

The release of ‘Simple Song’ had previously induced a sonic comparison to Belle & Sebastian but, on the evidence of a full album, it feels more realistic to imagine Blue House as an approximate fusion of the effortlessly listenable pop of the Glasgow indie favourites and the ethereal wistfulness of bands such as Beach House and Cigarettes  After Sex. Though the song-writing here is not of a quality brimming with the depth or emotional resonance of a Stuart Murdoch, Howard and Russell have, with their duelling voices and ear for instrumentation, achieved something both shimmering and sombre. Suppose is a solid debut effort that is impossible to dislike.

Suppose is released on 30th September on Whipped Cream Records.