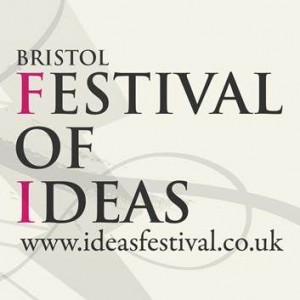 The Bristol Festival of Ideas is now in its 9th year and starting to become something of a local institution. It started in 2005 as part of Bristol’s bid to become the Capital of Culture. Despite the failed bid, the Festival to place and gathered speed.

The Festival aims to ‘stimulate people’s minds and passions’, and it has now grown from a short festival in May to a rolling programme of events, debates, talks and discussions which continues throughout the year and climaxes in the early summer.

The brilliant thing about the Festival of Ideas is that it has no real ideology. If you’re looking for a throbbing undercurrent of Socialism, Liberalism, Zionism or Vegetarianism then you will be disappointed. It is not even a festival of radical ideas, it is just a space for theories and stories.

You can find talks on almost anything – The Fix has listened to Ray Davis on The Kinks in America, and Jared Diamond on traditional societies. It has taken part in intimate debates in bookshops and absorbed hypotheses in the grad Wills Memorial Building. Even better still – the events cost less than a cinema ticket and are often free.

Find out what’s on in the Festival

Watch out for The Fix’s take on Alexander Butterfield’s interview on Watergate, at the Centre for Public Engagement next week.