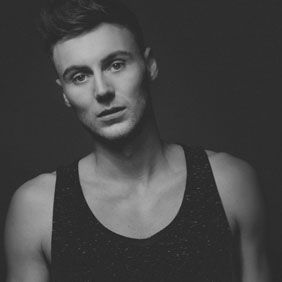 Ahead of his gig at Thekla in Bristol on Wednesday 12th March, Georgie E Robbins caught up with Charlee Drew, a 21 year old singer-songwriter from Leicester who is currently out on his UK tour. Here’s what he had to say… How is the tour going so far? Had anything crazy happen to you yet, women climbing the stage or throwing their underwear, maybe?  (Laughs) The tour is going great thank you! I’m still getting my head around people actually buying tickets to my shows! A few stories but I’m afraid I never kiss and tell….. What is the reaction like in your home city of Leicester? Do they have a bit of home pride? Do you get a lot of attention?  Leicester was a cracking show! Sold out and had the best night! Get to see all my friends too which is great; it’s like a birthday party! ) Last year you managed to get actress Sacha Parkinson involved in your video for “Somebody Else”, how did that happen and what was she like to work with?  Sacha and I met a few years ago whilst I was on tour and have kept in touch since, she’s literally the loveliest thing! She was so easy to work with, she knows exactly what she’s doing…. Makes me look better too! You’ve been touring with 5ive! What was that like?  It’s hard to say what was the most enjoyable bit, I just had a fantastic time! Playing live is my favourite thing to do, and the “5IVERS” are such a lovely crowd of girls. They were just fab shows to play. The guys have still got some great fans. What does the future hold for you, what do you hope for? I’m taking everything pretty easy at the moment, writing new material and playing shows where I can. I’m spending a lot more time writing in the studio and hopefully somebody will come along and fund my album! Find out more about Charlee at www.charleedrew.co.uk
Follow @Thefixmag
Recent Posts
We Like You…