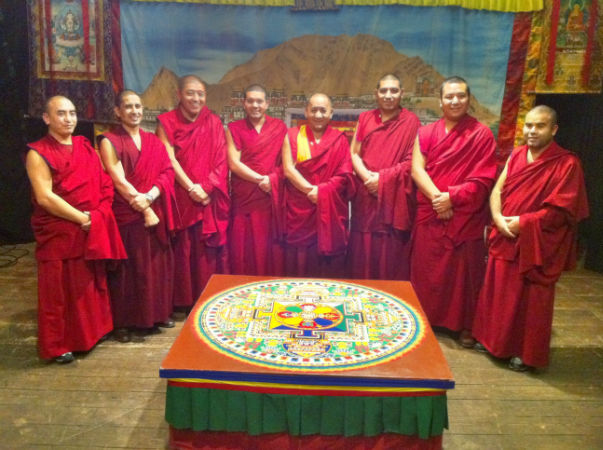 In December 2011, eight exiled Tibetan monks from the Tashi Lhunpo monastery in Southern India visited Glastonbury to create a beautiful sand mandala dedicated to Chenrezig  – The Buddha of Compassion. After five days of painstaking work, culminating on the Full Moon, they then washed away the sand in Chalice Well.

This half hour documentary by Glastonbury filmmakers, Tim Knock, Kevin Redpath and Gareth Mills, follows the process and provides a fascinating glimpse into the interaction between the monks and the Glastonbury community.

The film will be shown as part of a film night on October 3rd and will include an introduction to the BFI Film Academy by Richard Maxwell from The Bristol Old Vic Theatre, and other short films by local filmmakers. It starts at 7pm.

You can find details of the full schedule of Red Brick Building events during Somerset Arts Weeks at www.redbrickglastonbury.co.uk 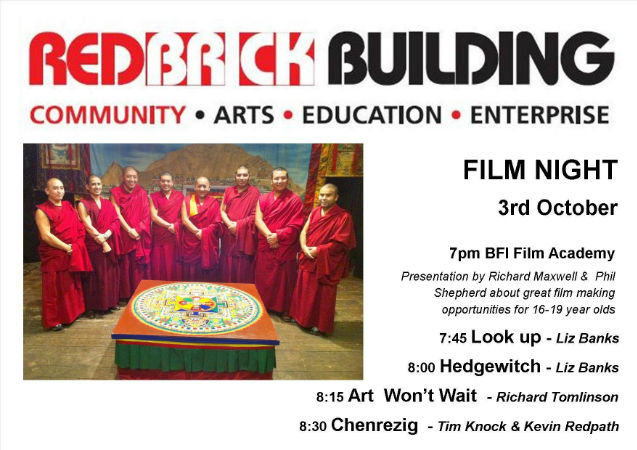