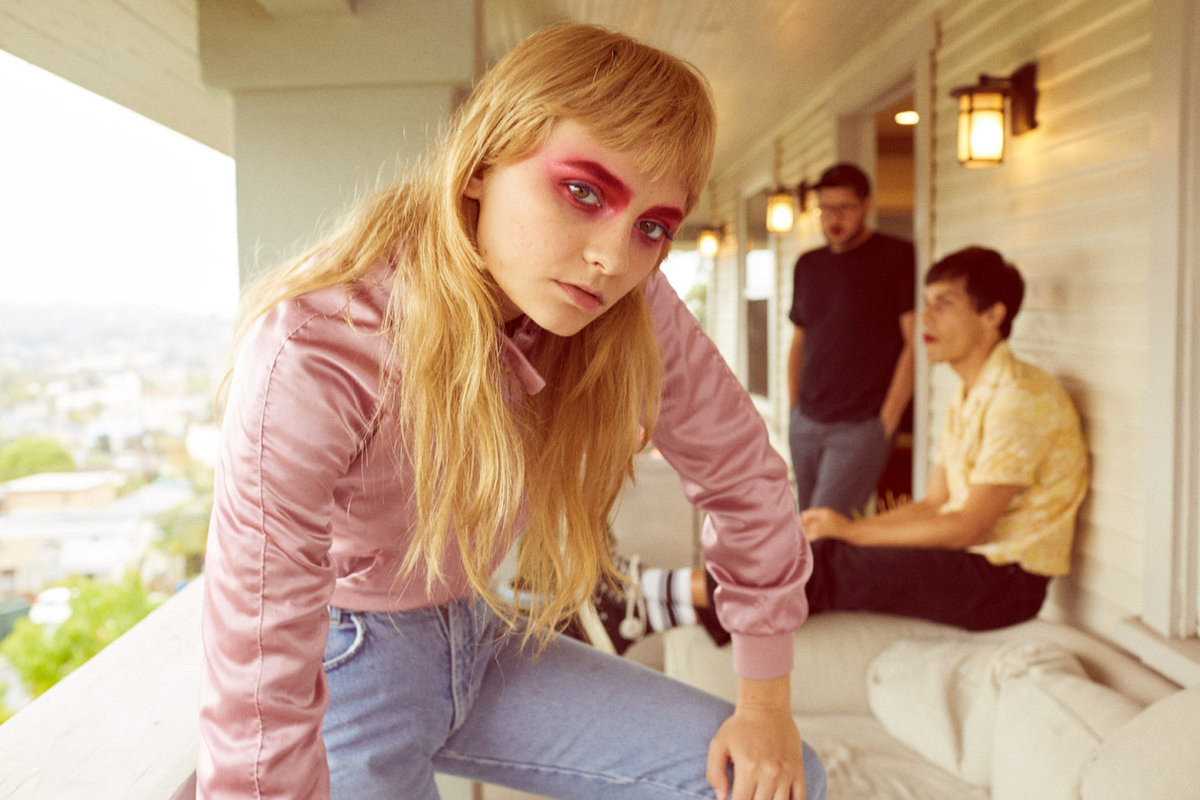 There is a cool glaze of music rock heads crowding towards the stage at Thekla to see the rock band Cherry Glazerr. With an inflatable cherry being blown up I expected that Cherry Glazerr would not be the typical rock band. Formed in 2013 by front woman Clementine Creevy, fusing pop-rock lyrics and a monster line up of drums and bass, you get a feeling you’ve walked into a very LA culture of music. With three studio albums Haxel Princess (2014) Apocalipstick (2017) and latest album Stuffed & Ready (2019), Cherry Glazerr have been on an extensive tour this year so far.

The songs were packed with a heavier but melodic social and political sense of direction as Cherry Glazerr came on stage. As Clementine Creevy stated “Feminism and music are the two things I’m passionate about.”  They played a mixture of new and old songs with these themes in mind – ‘Daddi’, the hit ‘I told You I’d Be With The Guys’ and one of Clemetine Creevey’s ‘closer’ songs ‘Self Explained’ from their recent record (“I started reeking of the people I was with, I have no secret, I was freaking out a bit, I took a chopper ’cause I grew up with a lot of changes.”)

She sings this with benediction towards the crowd and falls into her guitar playing with vigour. It is clear when Clemetine Creevy enters the stage that people know her for her colourful red top and chords with Dr Martens on and a cool identity of blonde hair. In a similar way, it was like watching clips of Joan Jett in the Blackhearts’ 1970 song ‘Cherry Bomb.’ But this isn’t just about the iconic look that she seems to play as well as perform with. It’s opened up major platforms for women with guitars everywhere to create collisions in the industry.

What makes a gig like this more special are the bands on before the main act. I caught up with INDIGOS, a dual-fronted heavy pop band from Bristol. They had a brilliant atmosphere of pshyc, grunge and even trip-hop in their newer songs. INDIGOS were excited to be playing alongside Cherry Glazerr describing it as a keen experience “to play with more bands that make heavy guitar music that’s also really hooky and accessible, sharing the love for catchy pop songwriting.”

The majority of their influences come from the past as the INDIGO’s said “We definitely listen to more music from the 60s-90s than current music, so it will have shaped our sound, but we don’t like to put ourselves in any ‘genre boxes’.”

When we write, we just try to portray our message in an authentic, accessible way. All of our songs have an existentialist theme to them; mental health, social and spiritual self-concepts are some common topics we focus on.’

INDIGOS are next playing at Colston hall for Bristol Take Over on April 27th.