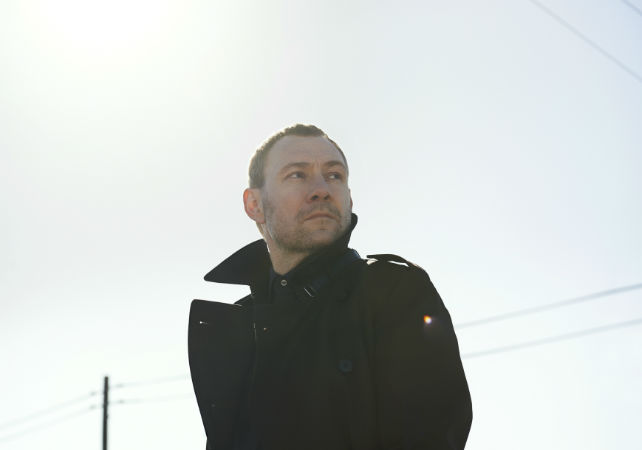 He has a nice voice and his head shakes a lot when he sings. Yes, it’s David Gray, who is back with a new album and a UK tour, which stops off in Bristol on Tuesday 8th July at Colston Hall.  Twenty one years since his first studio album, David Gray’s tenth and latest, Mutineers, finds the singer-songwriter steering into unfamiliar territory while cultivating a pugnacious but respectful relationship with his own history. “I think if you’re going forward with an open heart, good things will happen,” says David. “You have to sort of tear up the past and let it go.” David’s past includes the phenomenal success of White Ladder (seven million copies sold), one of three UK number one albums, with records that became ubiquitous and others that needed to be sought out to be heard. It’s a richness of terrain and experience over a duration that belies the traditions and expectations of popular music as surely as the songs themselves. Despite such variance in both the content and reception of his prior output, the only certainty David had at the commencement of his new recording was the need to surprise himself, not just in terms of how he worked, but the ideas that drove him and the people he worked with. “I always write melody first and lyrics second, so I started to write lyrics down and think, right, I’m going to put this to music now.  And that was a bizarrely uncomfortable process.  And I was layering my voice; something I just found myself doing on a lot of the new tracks. Again, to get away from the density of my voice, just the intensity of it, it’s so loud, it’s so intense, it’s so direct – so singing more softly, singing in falsetto, singing under the voice in a lower voice, finding new sounds, so that it was still me, but it sounded different.” It’s a shift instantly audible on Mutineers, an album whose ancestry David sees as more in the neighbourhood of John Martyn’s Small Hours perhaps than its predecessors in his own catalogue. As well as the change in tone there’s a rising sense throughout the record, from the opening affirmation of “Back In The World” to its conclusion, of an artist liberated from even his own expectations. “I got slightly away from the narrative of the kind of crucified middle aged man.  I got into other more ethereal territory, and it was such a relief to me.  And when these wide open vistas of the new sound began to emerge in front of my eyes, I rushed in.” David’s collaborator, producer and occasional combatant during this raid on new horizons was Lamb’s Andy Barlow. “His brief was – don’t let me make the same record I’ve made before, take me out of my comfort zone.  And he’s a very gentle kind of guy, but courageous. He really took me on creatively in a way that no one else has ever done. So I thought, yeah, this is going to work, but it was a tortured process because I found it so hard to take at times that he would tear up bits of my work in front of my eyes!” Out of the apparent traumas of that procedure “tears, furniture getting thrown,” something more sublime began to emerge. “I was reaching, I was feeling for things rather than knowing and placing, and something far more interesting happened, and there’s such an authority about any recording that’s made in the heat of the moment when you’re actually discovering it as you’re recording it.” It was spontaneity of process and feeling that, says David, recalled some aspects of making White Ladder, in a bedroom studio back in 1997. “It was a very special thing that happened [with White Ladder] and it was only a blessing, but of course there are complications to the blessing.  So the wonderful, graceful arc that it traced from obscurity into ubiquity was a tremendous thing and the entire upward curve of it was exhilarating in the extreme. And not only that, it didn’t have anyone’s permission, off we went. No one could take it away from us and it was a wonderful thing, but of course you go beyond a certain point and you’re just kind of up on this very high plateau, success, and the game has changed.  But I think now it’s the morning after the night before – I don’t want to just be going on about that.  Now I’ve got 15 years between me and it, and also I know I’ve done something here that has an authority that is inspiring me and I don’t have to worry about my past or any of that.  This record will speak, and then I think I’ll be understood and I think the question will change a little. The lovely thing about this is we’ve had the time to experiment, and the experiment has been a wonderful success so far.” Mutineers then, is an experiment that seems to fizz with the joy of its own assembly. The sound of a musician making a clean break and some sharp turns but also reconnecting with the freedoms of an earlier dream, a rebuke and a salutation to all that’s gone before. For more information about David Gray and ticket details for his performance at Colston Hall on Tuesday 8th July click right here!
Follow @Thefixmag
Recent Posts
We Like You…