Hello to my five regular readers. Joe, I see you’re still doing well on Fantasty Football. Sarah, I hope that rash has cleared up. Maria, fingers crossed that he doesn’t actually decide to dump you but I wouldn’t blame him if he did because you’re kind of a slut. Mike, I think you could actually be classed as a stalker now, sort yourself out, and Arran, it’s sad that you’re one of your five regular readers. Now, you five, sorry to disappoint but we’re taking a different approach to The Weekend Binge this week.

I’m conscious that not everybody has Netflix and that’s where I’m drawing a lot of my inspiration from of late, but you know what, just use the one-month free trial and have one super binge on behalf, okay? This week I’ve gone back to that site and picked out 5 documentaries I recommend, and no, that’s not one for each of my readers. So here is my broad range, in no particular order, for you to digest. 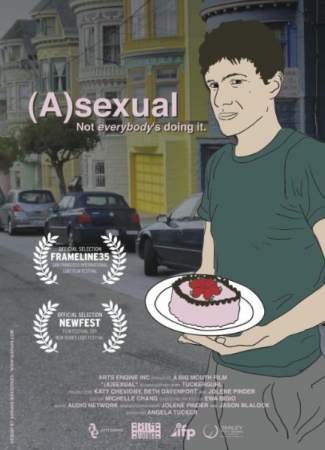 Synopsis: Facing a sex obsessed culture, a mountain of stereotypes and misconceptions, and a lack of social or scientific research, asexuals – people who experience no sexual attraction – struggle to claim their identity.

Focussing heavily on David Jay, the founder of asexuality.org, this documentary provides a fascinating insight into people who have no sexual desire. Now, when I was watching this a few years back I was feeling a little bit heartbroken and found myself being a bit jealous thinking, “If only. It would be so much easier.” – I mean, imagine how much you could achieve without that thing we all want not tying us down? But for me, I could see how heartbreaking it was for David, who sparked the movement, classified the sexuality and then almost had to turn his back on his own beliefs and identity due to the fact that his deep connections with people were affected by their natural feelings of wanting love, sex and commitment. 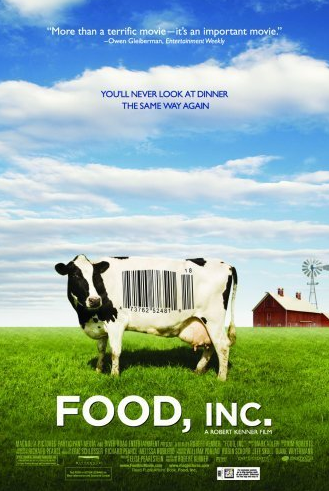 Okay, so I guess now it’s dated and if you’re living in the UK you wouldn’t necessarily have been affected by this, but in truth, the fact that is that the findings are scandalous and by watching later documentaries and reading articles not a lot has changed. Scandals are intriguing too. It should centre your morals and make you think about what you are eating. It’s truly fucked up over there and when I visited the States shortly after watching this I did my best to avoid chicken. I have no scientific evidence to support this but I was doing a lot of exercise out there and eating less but gaining a lot of weight – when I watched this documentary again I had an idea as to why. 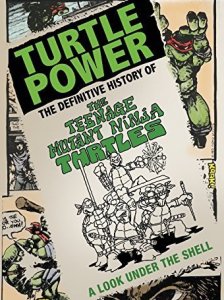 Synopsis: The history of the Teenage Mutant Ninja Turtle franchise.

Whether or not you were a TMNT fan as a child, and before you ask, my favourite was Raphael, I would be surprised if anybody could hear the story behind how the whole concept even started and not be amazed, inspired and a little bit scared by how tiny little moments of chance can completely direct a person’s plight. As a scriptwriter I find the evolution of this independent comic book to a global phenomenon that’s lasted the test of time to be fascinating and it just makes me want to create. Of course, if you are/were a fan of the Teenage Mutant Ninja Turtles then you’ll love this.

Synopsis: A documentary that exposes what corporations and governments learn about people through Internet and cell phone usage, and what can be done about it … if anything. 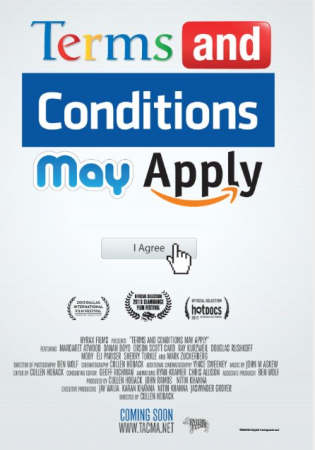 To test your ethics, to think about whether you actually care enough to adjust your online activity and just to get a glimpse into something we’re all a part of. It’s scary. We all use social media, we all use email, we all depend on new technology whether we like to think we don’t. One moment that stood out to me was when a participant in this documentary asked Facebook for all the information they had on him and eventually he was presented with a stack of A4 paper that was as high as two shoe boxes. But I couldn’t help but question whether it makes our world a safer place – seeing the impact our online activity can have on combatting crime and reaching justice adds to the complexity of this documentary. At the heart of it – do we actually understand what we’re letting ourselves in for when we agree to those terms and conditions?

Be warned, it does get a bit heavy in places and I drifted a bit at points, but all in all, it’s worth a watch. 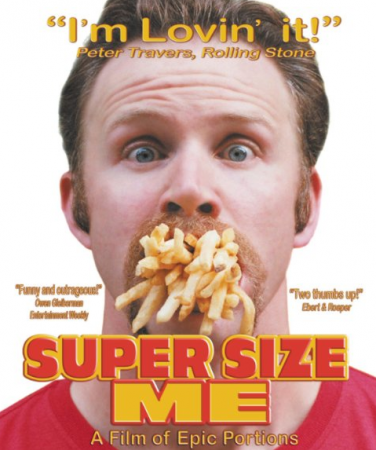 Synopsis: While examining the influence of the fast food industry, Morgan Spurlock personally explores the consequences on his health of a diet of solely McDonald’s food for one month.

Yes, it’s now dated, you’ve probably seen it and it feels as if we’re a bit more savvy about the way we eat but this is a classic and it never fails to amaze me when I see the turmoil that Spurlock’s body goes through when eating McDonald’s for a month. As a creative, a filmmaker, a scriptwriter, a producer, it’s amazing what you can do with a simple concept and a camera and actually Spurlock’s documentary did have an impact. It’s fair to say that what Spurlock does here is extreme but in the States more so there are people that would depend on Fast Food – in Food.Inc you’ll see families struggling with income can feed a family on the $1 menu for the cheaper than buying a small selection of vegetables. I don’t expect any of you are eating McDonald’s to this degree but it’s fascinating to see just how diet can affect everything we do, whether it’s McDonald’s or just purely junk food.

Arran Dutton is a scriptwriter with writing credits for BBC. Find out more about him at arrandutton.com