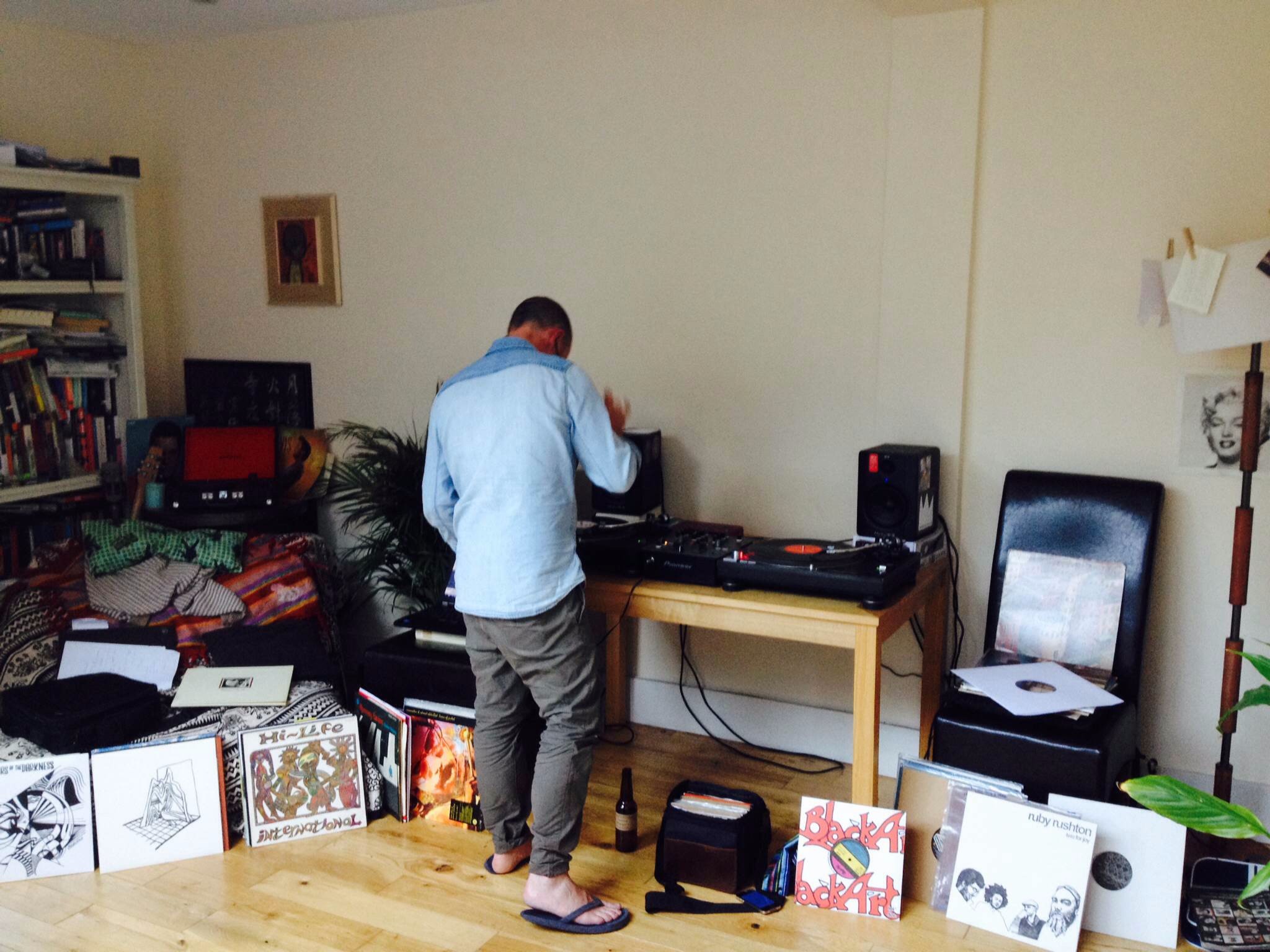 Emanative recording for the Fix in our pop up studio

When we first got in contact with Nick Woodmansey, we were pretty excited. Here was a man who, under the guise of his moniker Emanative, had produced not only one of the best records of of 2015, but one of our favourite jazz albums of all time. With The Light Years of the Darkness, he pulled together solid jazz traditions with contemporary electronic touches to create an album of outstanding creativity, a selection of tracks which manage to exhibit both deftness and robustness.

That The Light Years… is such an outstanding record is perhaps not surprising considering the heft of collaborators that Woodmansey managed to get on board. A cover of Don Cherry and Ed Blackwell’s ‘Makondi‘, featuring Four Tet/Kieran Hebden on thumb piano, could easily be an alternative take of Bonobo’s ‘Cirrus’. Meanwhile the gorgeous ‘Hum Allah Hum Allah Hum Allah‘ featuring The Pyramids stands shoulder to shoulder with some of Abdullah Ibrahim’s best work.

If these sound like styles from opposite ends of the wonderfully broad spectrum of jazz, then that is because The Light Years… plays along those lines. Alongside the ambience of a version of Alice Coltrane’s ‘Om Supreme‘ sits the afro funk of ‘Love in Outer Space‘, which fittingly enough features the trumpet of Ahmed Abdullah, formerly of Sun Ra’s cosmic jazz Arkestra. That the album was released by Gilles Peterson and the Steve Reid Foundation charity just adds to its charm.

Consequently, when Emanative agreed to put together a mix for us, we were pretty chuffed. We’ve been honoured to have the likes of Marlais, Bedmo Disco and Lund Quartet on our Colpey Calling x The Fix radio show, but it’s fair to say that this one was special. Not only did he come along to our pop-up studio to put together some sounds, he also provided two mixes for us. One of them went in our radio show, and the other is here. While the radio show mix was a solid jazz affair, this one-off mix is made especially for summer. Enjoy.