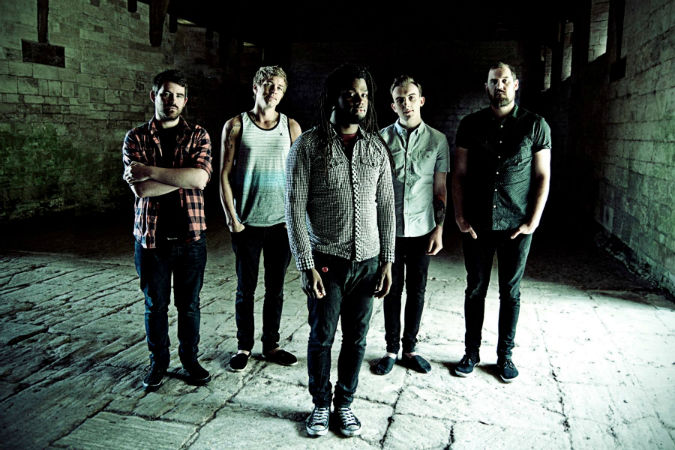 Interview by Georgina E Robbins –  It has been an exciting few months for South West boys EMP!RE with the announcements that they are playing Sonisphere Festival and Southampton’s Takedown festival. It’s a testament to years of hard work and like many up and coming bands, it has taken years of gigging, rehearsing and EP giveaways to get noticed. Ahead of what should be a memorable summer, I took the time to ask Emp!re  all about their beginnings, influences and their recent feature in Kerrang! Congratulations on the Sonisphere Slot! How did that come about and what should we expect from your set? Thanks so much. It’s a massive dream come true for us, especially with some of the other incredible bands playing. We’ve been to the festival before and loved it, so always wanted to play there. We are lucky enough that the bookers of Sonisphere really love what we are doing and that is mainly how it came about, they offered us the chance to do it and obviously we jumped at that… With that and Takedown Festival you will be extremely busy, what other plans do you have outside of these events? We will be hitting up some more festivals over the summer and will also be hitting the road at the beginning of May to get to some places we haven’t been since the Arcane Roots tour, we will be announcing more about that very soon! You also bagged a feature in Kerrang Magazine, how did this come about?  We are so thankful that Kerrang have been massively supportive of what we have been doing and like the music, so they asked us to do it and told us it would be the Valentine issue and they would like us all in suits and stuff! We were like “Hell yeah,” when do we ever get the chance to dress all in suits; It was probably a first for us all to look like that together.  The next time will probably be a wedding or something! We were really happy with the way it came out and of course the way they describe our band… It’s a real honour. We all read Kerrang for years to find out about new music, so if I could travel back and tell my 13 year old former self that this would happen, I probably would have combusted or something! What would you say are your main influences?  So many different things! We try not to really push a particular band onto what we do, it’s much more us drawing influence from our playing style and occasionally something we hear, but that can come from anywhere. Sometimes it’s a piece of Jazz, sometimes it’s something hardcore or sometimes it’s straight up pop music. We of course have common bands we indulge in completely, but for our band it’s about trying to do what we think we would like to hear on record, and then hope other people like it too! Where did it all begin for you? What is your favourite thing about performing? Collectively we have all played in various bands and projects since we were old enough to be let into a venue to play a gig!  With EMP!RE, we had an idea of what we wanted and then we basically went out and found the best people we could to get the message across so to speak. We kind of all knew each other before and I was lucky enough to be introduced to Joe at a slightly later date and after we got talking we just kind of pushed on and we haven’t really looked back since! In terms of performing, everything about it is our favourite thing! It is where we are most at home, on the stage. We fully embrace that as much as we can! It’s about having fun, really enjoying the moment and having everyone singing along and shaking some hips and nodding some heads! What would be your ultimate dream as a band?  World domination, including owning our own jet, full blown Iron Maiden style with the full works! Dave is quite the pilot you see; I think he would give Bruce Dickinson a run for his money on a simulator or something…. How would you describe yourselves in 5 words?  Big rock with serious lungs! Find out more on the band at www.empireofficial.com
Follow @Thefixmag
Recent Posts
We Like You…