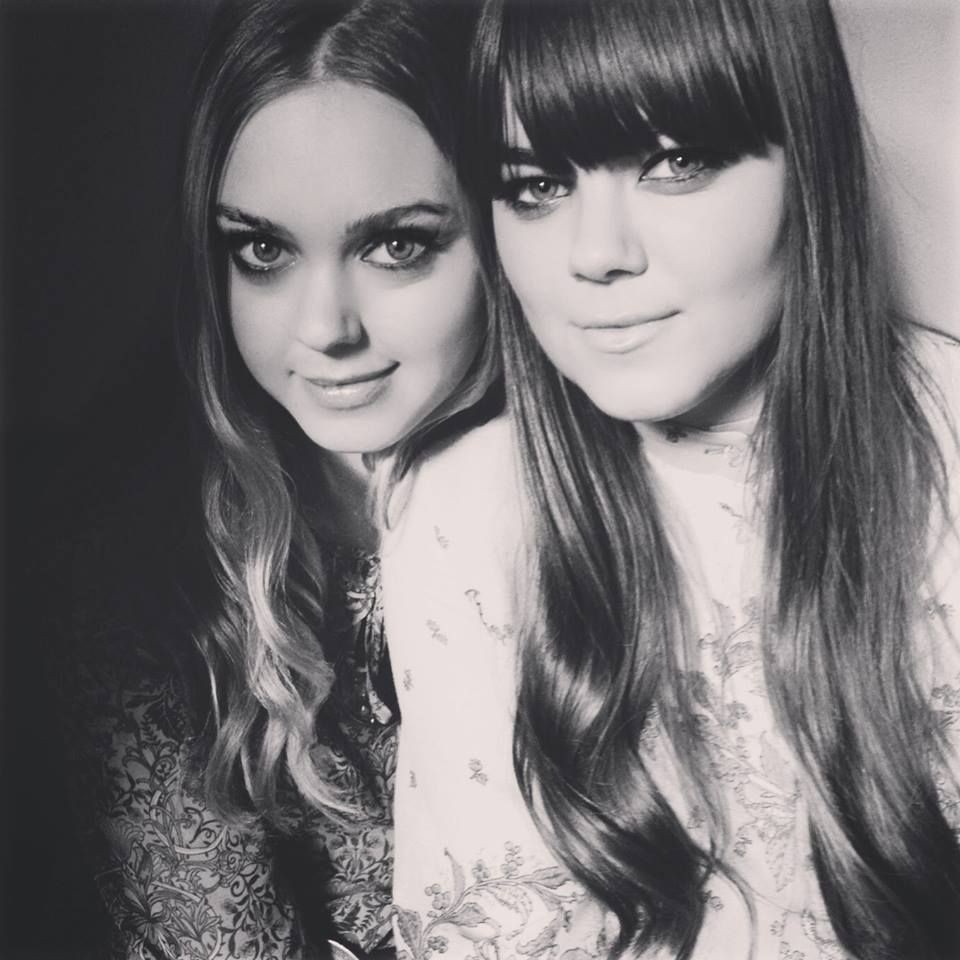 Having first witnessed First Aid Kit, along with a mere 200 other people at Moles, Bath in 2012, tonight’s show at a near capacity CIA brings with it a feeling that the evolution of the sisters Soderberg’s success is complete. Evidence of the decade’s long progress is stark; standing in a tiny room just ten feet away from Klara and Johanna’s gorgeous harmonies has been replaced by a seated spot, surrounded by 5000 others, at the perimeter of a capacious arena floor.

While it’s an obvious point to make that the Soderberg’s style of country inflected folk-pop, has sat more dynamically within smaller venues, their robust songwriting and world class vocals are thoroughly deserved of a larger spotlight. In addition, fifth album Palomino – just a month old – contains a poppier, more upbeat approach perhaps more amenable to these larger shows. Recent single ‘Angel’, adorned with an energetic, commercial pop sheen, appears early in the set. However, as is the Soderberg instinct, hints of unrequited love and a life “Crippled with anxiety, shame and doubt,” reveal that a dark lyrical edge lurks consistently beneath the surface.

‘Fallen Snow’, anchored by a Johanna’s happily bouncy bassline and nicely embellished by synthesised strings, speaks of the preserved beauty in memories a former love; thus it’s another new song whereby the Soderberg raison d’etre of pathos beneath the prettiness has happily remained intact. The title track of their breakout third album in 2014, ‘Stay Gold’, is perhaps the band’s quintessential expression of this approach. Themed around the implacable and decaying nature of time (or “about wishing to stay forever in a moment” as Johanna tells us), the stage is basked beautifully in golden light as the background screen shows gorgeous footage of sunsets peering through trees.

Mid-set, ‘Rebel Heart’ dramatically segues into the sturdy acoustic folk intro of ‘The Lion’s Roar’. It’s a more steady and ponderous retelling of the recorded version as Klara and Johanna send their follicles flying in a series of headbanging motions; Klara then falls to her knees with her guitar and eventually sends multiple kicks into the air while prostrate on her back.

The highlight of tonight’s performance arrives when Johanna informs the audience that they will sing a couple of songs “like they used to.” Thus, the sisters’ bandmates vacate the stage and, with just Klara on acoustic guitar, their voices soar for Fleetwood Mac’s ‘Songbird’ in a devastating tribute to Christine McVie. It’s the best received song of the evening and there’s even a second wave of rapturous applause from the crowd. The Soderberg solo slot is completed with the familiar, but no less beautiful, band-free interlude of ‘Ghost Town’, the only track to survive from 2010 debut The Big, Black and the Blue.

Having witnessed First Aid Kit at much smaller gigs, any nagging doubts that their music may be vaguely mismatched within such a large arena are consistently dispatched throughout the evening; the powerfully sweet American-twang of Klara’s lead vocals fit formidably within the large room (the quiet breakdown during ‘Angel’ is a strong case in point), the sisters’ trademark harmonies continue to chime and imposing songs such as singalong favourite ‘Emmylou’ and the rousingly melancholic ‘Fireworks’ more than match the occasion.

The sisters Soderberg change out of their characteristically retro jumpsuits and into sequined outfits as the crowd calls for more. A three song encore begins with new track ‘Out of My Head,’ the most poppy and danceable of the band’s canon. There’s a gigantic tickertape explosion and a blue lit backdrop gives the hovering paper the magnificent appearance of azure hummingbirds. It’s a production choice that emphasises just how far First Aid Kit have come since that night at Moles in 2012. Though there’s a slight pang for the smaller shows of yore, those young girls from Stockholm have found themselves in the ascendant place their talents thoroughly deserve.