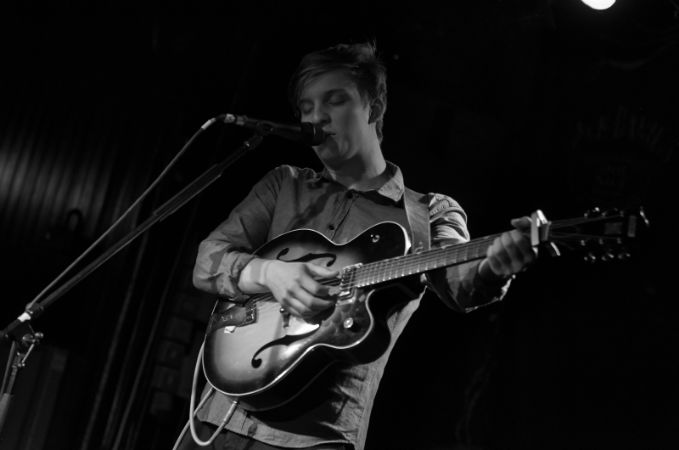 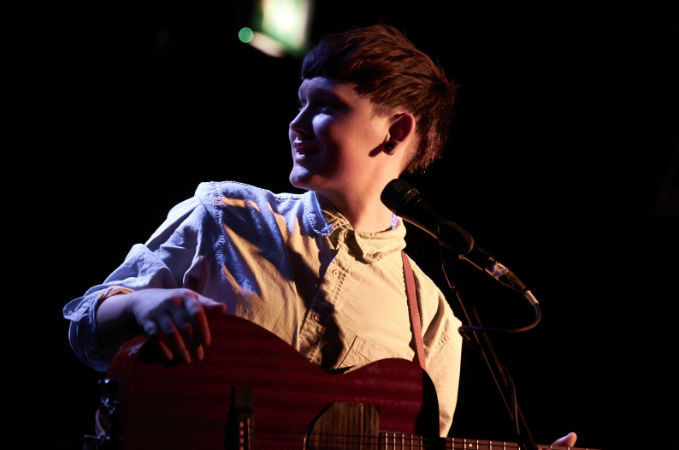 17 year-old Bridie Monds-Watson, who goes by the stage name of SOAK, will have found a whole new adoring fan base in Bristol after a wonderful performance that included songs from her upcoming EP titled ‘Blud.’ The teenager from Derry’s title track from that EP stood out on a night where her combination of early nerves and a witty tongue that became ever-present as she grew in confidence saw a big crowd warm to her. I have to admit, stood near the back I couldn’t hear what she was saying between songs as her mouse-like speaking voice evaded me, but the audience were clearly entertained and laughed throughout. Luckily, there was no such problem for my ears once she began to play and her gorgeous voice sat lovingly amongst the acoustic loving punters. It reminded me of listening to early Daughter tracks in places, though I think SOAK’s music could be seen as being more accessible, which is of course no criticism to her or Elena Tonra and co. SOAK is currently supporting CHVRCHES on tour and no doubt she’ll soon be heading out and headlining one herself when ‘Blud’ hits us. She mentioned this would be out on St. Patrick’s Day, so keep your eyes and ears open for news of that. Find out more about this act at soakmusic.net
Follow @Thefixmag
Recent Posts
We Like You…