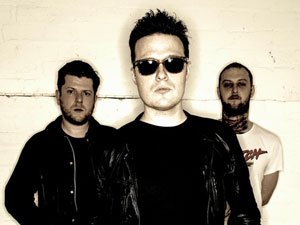 To celebrate the first issue of The Fix we’ve arranged for some fantastic giveaways in association with our new website. This is our March to May edition so throughout these months we will be giving away prizes and it starts with tickets to see The Fratellis at O2 Academy Bristol on Monday 15th April. The indie rockers from Glasgow stormed onto the British music scene in 2006 with their debut album ‘Costello Music’ with memorable tracks including “Chelsea Dagger”, “Henrietta” and “Whistle For The Choir” all standing out as the album reached number 2 in the charts. The Fratellis went on to win Best British Breakthrough Act at the BRIT awards in 2007 before they released their follow up ‘Here We Stand’ in 2008. After a hiatus the band reunited in 2012 and have recorded a new album, which is due out later this year. In the meantime they’re touring the UK with O2 Academy Bristol being just one stop. No doubt they will please fans with all of the classics along with new tracks such as “This Old Ghost Town”, which was previously released by Jon as a solo artist, and “Rock ‘n’ Roll Will Break Your Heart”. To find out more visit www.thefratellis.com If you would like to be in with a chance of winning tickets for this gig then all you have to do any of the following: In addition to this giveaway we also have a sack full (honestly) of Ellie Goulding’s latest album ‘Halcyon’ to send out and also copies of Heaven’s Basement’s epic debut album ‘Filthy Empire’ for all those hard rock fans out there (check out “I Am Electric” video below). It’s the same as above – Email us with ‘Ellie Goulding’ or ‘Heaven’s Basement’ in the heading or share the related posts on Twitter and Facebook. Keep an eye on The Fix via our social media pages for announcements of more great giveaways soon!
Follow @Thefixmag
Recent Posts
We Like You…