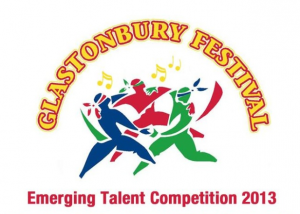 Cover photograph by Jason Bryant A team from The Fix and our other publication The Basis were delighted to be invited to attend Glastonbury Festival’s Emerging Talent Competition final on Saturday evening. Our young contributor, Rhys Buchanan, 17, was in his element as we witnessed an incredible and diverse bill of acts. Here’s his thoughts on the acts…. Whittled down from over eight thousand entries by a pool of the country’s top music bloggers, Saturday 6th April brought eight unsigned acts to the village of Pilton for the final of Glastonbury Festival’s Emerging Talent competition. What was at stake? Only a main stage slot at one of the world’s most iconic festivals… A glance around the room indicates just how much this means to the hopeful talent. Emotional hand clasps, uncontrollable smiles, anticipation and excitement… let’s face it, it’s a bloody big deal! On the night all eight acts did themselves proud and as you’d expect the standard was high as the audience was treated to a feast of music that lasted nearly five hours, which is a pretty good warm up for the festival itself! Of course, there was only to be one winner, but they all deserve special praise so here’s a rundown of each act.

Bridie Jackson and her girls marry haunting vocals with intricate instrumentation. The Newcastle based 4-piece’s sound proves to be a somewhat oxymoron, delicate yet powerful and from the off belle-plaits create a sinister moody air. Not reliant on stage theatrics, the group’s subtle calibration and range of instruments alone is enough to grab attention. The added use of a cajon and cello worked effectively in providing dark ethereal tones. It’s very easy to imagine such sounds looming over audiences at one of Glastonbury’s main stages. Official website: www.bridiejackson.com

One minute it’s upbeat Friendly Fires styled jangly guitar fills and the next it’s building grungy suspenseful hooks. This genre hopping style kept the set fresh and engaging for the crowd and judging panel. The track “Butter Soul” grabbed me particularly, carrying a mellow tone with bags of attitude, proving to be a breath of fresh air. Lillian’s sparkly dress and hollow stares coupled with tall gaunt guitarists makes for a very cool outfit indeed. Sound backs up style with these guys; they retained a stripped back approach throughout but there was heaps of depth to each song. Want More? Here’s Lillian’s Official Facebook Page

There is a real air of cool about Port Isla. Every track they play is different to the last. Upbeat catchy and confident. There’s an ‘in your face’ aggression to their delivery which may have derived from past live experience having appeared at The Great Escape and having a BBC Introducing slot under their belt. I’m going to cheekily steal a quote from a YouTube comment posted on one of their videos: “This proves that indie folk doesn’t need silly waistcoats or impractical clothing to make great music.” Their performance thoroughly enforced this quote. Fantastic stuff. Official Website: www.portisla.com

I like this guy, I really do. Bringing together relatable subject matter and emotive guitar progressions, Rhys holds a huge stage presence for a solitary figure. Dropping off his songs in the style of Eddie Vedder’s solo material with a chilled out stance. “It’s Been Days Since I’ve Slept” stands out as a clear crowd favourite, the song is about a couple who have their dreams unfulfilled, the tear jerker won a large applause. With influences in Bob Dylan and Tom Waits, it’s certainly easy to slip Rhys into the genre of his inspiration. Find Rhys on Soundcloud HERE Black Balloons Early brownie points for this band due to having a Joe Strummer portrait sprayed upon the frontman’s white stratocaster… could there be a better way to give off the Glastonbury spirit? Instantly bursting into a punchy indie rock track they put smiles on the face of the crowd. I can easily depict a rather sweaty John Peel Stage moshing through these feel-good tracks; the catchy choruses enabling sing alongs, the complex thrashy guitar solos strewn across racious drums. I love Scottish bands in general but the urgency and spontinuity of Black Balloons made the set all the more memorable. Find Black Balloons on Bandcamp HERE The Dancers After such an impressive set, I’m getting the urge to write in capitals… THE DANCERS ARE INCREDIBLE. There we go. It’s evident how these guys got their name; fancy moves accompany tasty basslines. Tasty basslines accompany hilarious faces. Hilarious faces accompany trance like maracas; I have never seen an artist lose balance during a maraca solo! These guys are fresh, engaging, interesting and left me wanting more. As for the music we’re talking dirty melodic synths and catchy guitars with feel-good boy/girl vocals… and their confidence just slaps you in the face. I’m expecting big things. Official website: www.welovethedancers.com Isaiah Dreads Not even old enough to buy a beer, Isaiah Dreads has achieved astonishing success in the early days of his career. His set got the crowd cheering and whistling aloud for the first time, despite being told not to (due to the live-stream). The clever approach of using lyrics as means of an introduction to himself, kicked things off with an informal attitude. He continued this way, bouncing around the stage with solid crowd interaction. At one point he received rapturous applause mid-song! Aged just 15, this young man is definitely one to look out for. He promises to be a star. You can find plenty of Isaiah’s music on Bandcamp HERE

This band deliver authentic Irish folk. Hilarious witty lyrics stood out, doing what all good music should, whacking a smile on my face. “I’m gonna make myself sick and then I’m walking home”; these clever lines are embolic of traditional Irish music. It’s easy to imagine these guys playing a small pub in Dublin with a crowd drunk on Guinness singing and cheering all the way through. A fantastic end to the competition. Official website: www.abandcalledwanda.com

And the winner is… Bridie Jackson & The Arbour. Deservedly clinching the main stage slot at this year’s festival, the four elated ladies gave a drunk speech, finding it difficult to come to terms with their evening’s success. They join the list of past winners featuring The Subways, Stornoway, Scouting For Girls, We Have Band, The Golden Silvers and last years winners Treetop Flyers. For further coverage of Glastonbury Festival’s Emerging Talent Competition and the big event in general visit www.glastonburyfestivals.co.uk – In the meantime, keep an eye on The Fix for more Glastonbury news in the build up to the festival.
Follow @Thefixmag
Recent Posts
We Like You…