x
Ahead of the chaos and desperation that is the final resale of Glastonbury tickets we catch up with a few Fix writers and get their takes on the Leviathan that is Glastonbury Festival: Scott – The Glasto Virgin: 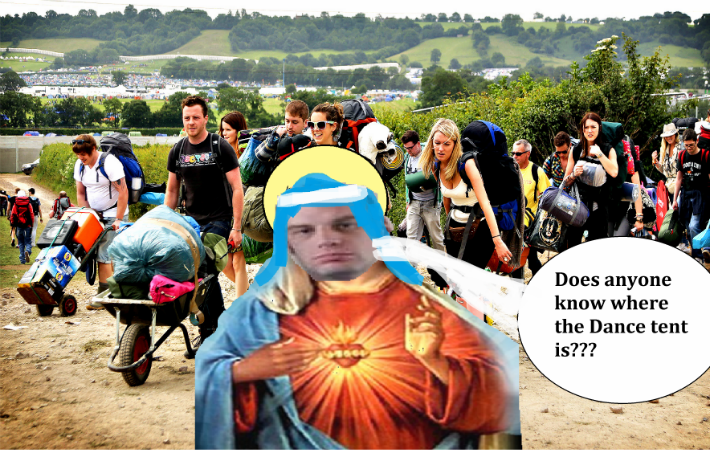 1. Have you ever been to a festival before? Yes, despite being a big fan of watching gigs, I’ve never really been one for festivals but I did go to Rockness in 2012 – a beautiful location for a festival with the loch providing a scenic backdrop to the main stage. After 4 days on the piss in a field, I could really have done without the 12 hour train journey back to Bristol though. 2. Why did you think this was the year you would go to Glasto? It’s a combination of Kevin being a grizzled Glastonbury veteran and encouraging me to go and also the realisation that I’m a 32 year old music fan who has never attended the UK’s biggest music festival which happens to be just down the road from where I live. It’s long overdue. 3. Did you find it hard to get tickets (this or any year)? Last year was the first time I ever attempted to get tickets – a frustrating and somewhat hungover 2 ½ hours online during the resale was all in vain. It was very easy for me this year though – Kevin bought my ticket online because I was very busy doing something else. Possibly sleeping. 4. Have you been given any Glasto advice/tips? I’ve been told that I shouldn’t be too concerned with the headline acts because most of the best action takes place away from the main stage. Plus, I really shouldn’t accept LSD from any strange looking white men with dreadlocks. 5. Who are you most looking forward to seeing? Some of the bands I’ve only just discovered through watching/reviewing them in Bristol – Metronomy, Temples and Public Service Broadcasting. Plus it will be good to see Pixies (albeit without Kim Deal) and some other bands that friends have recommended like The Black Keys and Warpaint. 6. What are you least looking forward to over the weekend? Probably the fact that I only like about 6 types of food and I will most likely live off the same meal for 5 days running. If there’s curry, I’ll be fine – I’ll be like an Indian food Morgan Spurlock. 7. Although you’ve not been yet what is it to you that makes Glasto so special? It’s just the size, history and reputation of it I suppose. Every year, I see the aerial shots on the news of all the people arriving on the Wednesday/Thursday and even palpable through a television screen is the atmosphere and aura of excitement. I’ve always thought it must be brilliant to be amongst it all and this year I will finally find out for myself. Conal – The Glasto Wannabe: 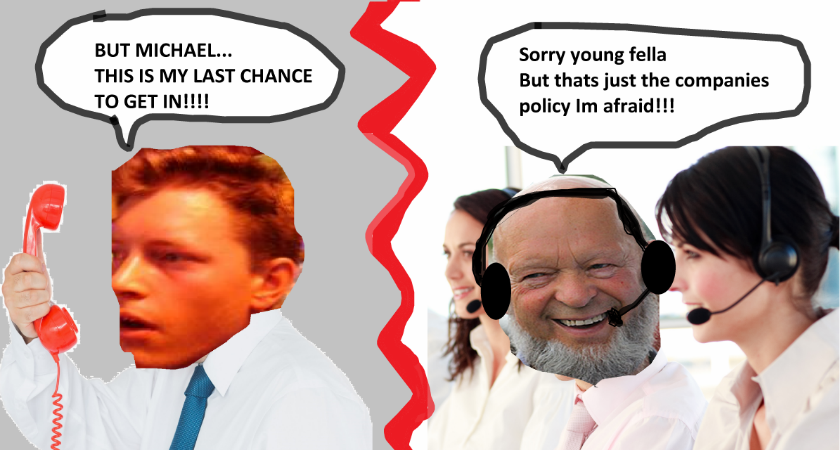 1. You don’t yet have a ticket but will be applying through the resale on Sunday 27th April – what makes you confident you can get tickets? In short, I am deeply unconfident. However, in my teenage Tekken years I was renowned for being a button basher, and it is this questionable technique that I’m hoping will get me over the line. 2. Why do you think you are more worthy to make it to Worthy Farm [Michael Eavis’ home] than so many others? I have never been to Glastonbury before, but I would like to go quite a lot. 3. Why/How did you end up having to apply through the resale [did you apply earlier etc?]? Like Tom Cruise and the Holocaust, I have always been a Glasto denier, and thought it was too big a beast. However, I have recently been shown to be a bleeping idiot and now realise that it is probably the best place to be that weekend. 4. What will you be doing between 27th-29th June should you fail to get tickets? Rolling around in a bucket of my own tears. Or getting as far away from the South West as possible. 5. If you were to make it who are you most looking forward to seeing? Actually, most of the bands I want to see this summer are already playing Field Day, which I’m going to. With Glasto, it’s more about the general atmosphere and the antics that happen away from the music. 6. Again If you were to make it what are you least looking forward to over the weekend? Losing my shoes. 7. What is it to you that makes Glasto so special? I don’t know yet! Kev – The Glasto Veteran: 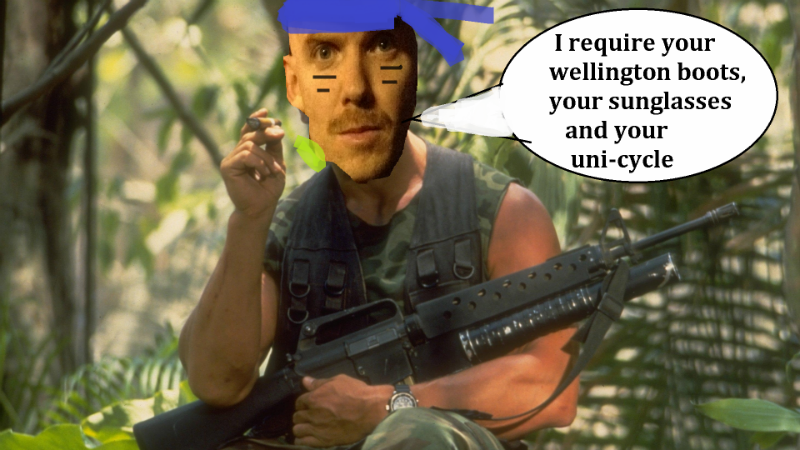 1. How many Glastos will this be for you? I think this will be my 11th. Unlike Big Geoff [Bristol music legend] I don’t keep all my wristbands so cant be sure; but I started going when I was 14 and although I’ve missed a few for various reasons I’ve been to most since then. 2. Which one was your best? I guess the first one was special because it was all so new. Growing up in Glastonbury you live a fairly sheltered life so it was the first time I’d seen bands of that ilk live, the first time Id been in a proper ‘packed in like sardines’ crowd, first time I’d even just been around that many people my own age. 3. Which band that has been rumored do you most wish had played/will play? Easy – Daft Punk. I think they would really do it justice [no French electronica based pun intended there!!]. I still hold out some hope they will play one day but as the years go by and the gaps between albums become more and more pronounced the chances seem to get slimmer and slimmer. 4. What Glasto advice/tips do you have for the newcomers? My tip would be Baby wipes. They could very well save your life and have certainly gotten me outta many a sticky situation!! 5. Who are you most looking forward to seeing? I like to stay away from the main stage most of the time as the atmosphere isn’t always that great but think Arcade Fire could be really good. Not a hit machine but great live and really in tune with the Glasto vibe. Aside from that I intend to pop along to see Bonobo, Temples and Jagwarma – scheduling permitting of course. 6. What are you least looking forward to over the weekend? I’ve used up my ration of clichés so cant go for the obvious toilets or anything like that… Ummm, I’d say probably people with kids. Let me frame that properly before I get a twitter tidal wave of angry parents complaining. I’m not anti-kids at festivals per se and won’t be drop kicking babies off of the site by any means. But all that said I really do think it’s awful how babies seem to have become the latest festival accessory. It seems especially ridiculous to me when you see people with babies strapped to their chests with ear protectors on at the front of the East Dance Tent at 4 o’clock in the morning. I mean do you really have an appreciation for Submotion Orchestra at the age of 3 months?? 7. What is it to you that makes Glasto so special? For me it’s the variety and atmosphere. No other festival offers so much and in so many different ways. You could easily not watch any music (theatre, cabaret, political talks, live art and so much more) at Glasto and still have a great time. Tickets go on sale tonight (Thursday 24th April) @ 7pm and the final resale is on Sunday Morning from 9am. If your already registered and feel inspired to go visit: www.glastonburyfestivals.co.uk
Follow @Thefixmag
Recent Posts
We Like You…