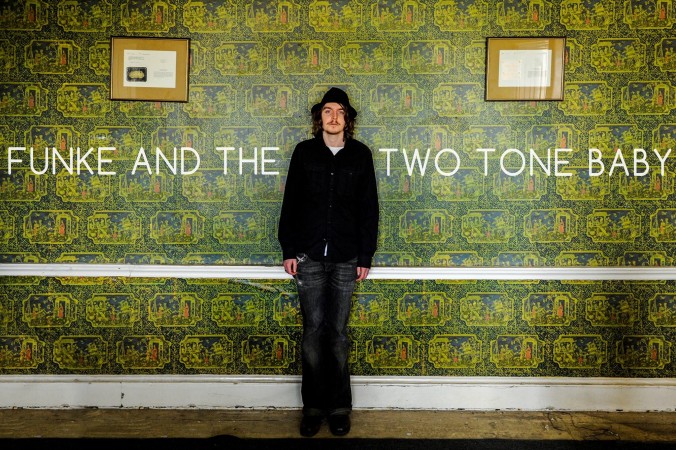 “For years I’ve gone to events like Dot to Dot and Camden Crawl and always thought we were capable of doing that here in Glastonbury,” says Ian Liversidge, a Glastonbury FM director and the powerhouse behind it’s flagship live music programme who’s determined to drive musos to the town for a day of live gigs across four of its finest venues. The very first Glastonbury Calling looks to be a grand prospect with a billing of the highest calibre featuring acts from across the south west and beyond all in town on Saturday 27th February.

It’s an ambitious project but never has it been an unrealistic one as the powers that be at The Hawthorns, King Arthur, The Riflemans and Bocabar/Red Brick Building didn’t hesitate in agreeing to play joint hosts to over 30 acts that can all be viewed under one ticket for £10. “We’re taking over the town for a day,” says Ian, who’s ensured that acts coming in with some hype, such as the brilliant Bite The Buffalo, Idles and Funke and the Two Tone Baby, are complemented by highly lauded Somerset stalwarts including The Thatchers, UKID and Billy Shinbone.

Whilst it’s a fantastic opportunity for local people to see the likes of acts coming in from Bristol, Bath and Brighton to complement the local favourites, one of Ian’s key objectives is to try and draw audiences from towns and cities far and wide too and not just for the music. There’s great food in Glastonbury at a host of independent pubs, cafes and restaurants. The shopping experience on offer in the town’s High Street is like no other with the quirky, weird and wonderful to be found with no chain in sight. Furthermore, there’s the history and remarkable tourist sites that draw visitors from around the world and thus makes it a town to envy.

Of course, the music will be the main draw and in addition to persuading people to come to the town it’s the perfect opportunity for local people who haven’t explored the scene to sample the delights in one sitting. It’s a diverse offering so there’s undoubtedly something for everyone including those with a more eclectic palate when it comes to music tastes. “Each venue has a different flavour in terms of the genre and we’re hoping people will see what a wonderful town this is for live music,” Ian says with great pride as he goes on to explain the thinking behind this master plan. The King Arthur, which he describes as a ‘mini Fleece and Firkin’ will be rock orientated and feature the bigger bands in terms of personnel. The Hawthorns, a hub for local folk and blues based musicians, will showcase many that see it as their second home. The legendary Rifleman’s Arms will have stripped back acoustic singer-songwriter types by day and then DJs as the evening draws in. Finally, Bocabar in collaboration with Red Brick Building will host a range of acts including the more accessible indie-pop of Chloe Warren, country in the form of Foreign Affairs and the incredible aforementioned Funke and the Two Tone Baby who already has local music’s inner circle drawling at the prospect of his appearance.

From The Fix’s point of view, I look through the bill and see accomplished act after accomplished act and to Ian’s credit he’s pulled together a special bill for a festival in its infancy. I say festival because that’s how he wants it to be viewed – an affordable one day festival that offers diversity in terms of acts and venues. It’s also important to say it’s put on with Glastonbury FM in mind as proceeds will be split between the musicians playing and a community radio station that looks to continue offering local people of all ages a voice and a place to learn and hone new skills. As I interviewed Ian at their studios, teenagers were broadcasting their own show that they not only presented, but also delivered from a technical viewpoint due to the education they’ve got through this charity-based scheme. It’s all about building a platform – for local individuals, social groups and charity organisations to promote their activity and for residents to develop a skillset and personally.

Glastonbury Calling is an exciting project for the town and there’s growing optimism that it will be a success and a fixture in the calendar for years to come. “In times where small venues seem to be dying, this small market town of around 8,000 supports a wonderful music scene that continues to grow,” Ian enthuses. If that has you intrigued then thirty acts in one day for just a tenner should probably be enough to convince you to come and see what all the fuss is about.

Find full line-up details and keep up to date with all things Glastonbury Calling right here.

Tickets can be bought online from Bristol Ticket Shop or in person at any of the venues or Jaywalk Guitars on Street’s High St.