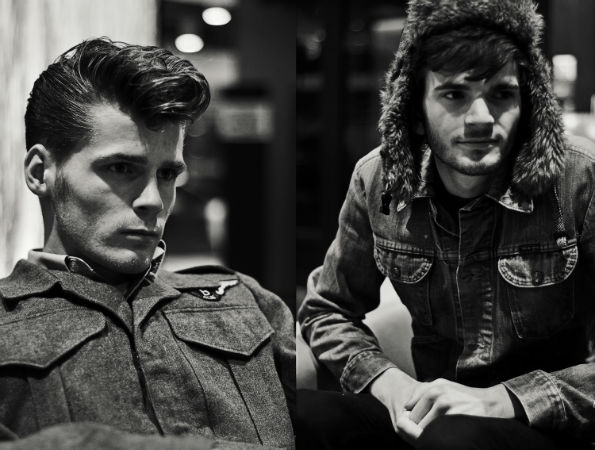 Fresh from supporting Kodaline at the Ritz, Hudson Taylor took to the stage at Manchester Academy 3 in front of a sold out crowd. The brothers, Alfie and Harry, appeared to be in a joyous mood as they opened with “Drop In The Ocean”. I’ve always related to artists through their lyrics and after a recent break-up, the opening lines of “Chasing Rubies” couldn’t have been more apt. ‘Take me away to some place else, ‘cause I don’t wanna see you with anybody else.’ Maybe I’m selfish I don’t know and I hardly know you, and I don’t wanna let you go’ cry the duo. Following pre gig listens of their EP and watching it live, this track is definitely a personal favourite.

The brothers from Dublin did not disappoint the energetic crowd by fusing classic and contemporary influences to create raw, folk-infused melodic pop. They rattled through more familiar tracks from their EP before playing two new songs; the first “The Night Before The Morning After” was a particular highlight and should certainly appear on their next record. The rest of the band left the stage and the brothers asked the crowd to be silent during an acoustic version of “Left Alone”. With not even a microphone to project Alfie’s voice, these few minutes were a perfect example of what Hudson Taylor do best – interact and connect with the crowd.

Following on, the duo performed, “Drop Of Smoke”, “World Without You” and “Wildfires”, all of which were highlights of the packed set with upbeat, catchy and yet mesmeric lyrics.

After disappearing off the stage for a short number of seconds, the brothers, along with their multi-instrumental band (all donning moustaches in support of Movember) returned to perform their final song of the evening, an extended version of “Battles”, the title track from their debut EP. Showcasing the powerful vocal chords of Alfie, the brothers had the crowd singing back the chorus at the top of their voice. From this it was evident Hudson Taylor were worthy of their first headline tour.

My friend and I, along with the other 450 in attendance, left in the knowledge that it won’t be long until these two cheeky chappies will be selling out the much larger Academy venue next door. The Irish duo have come a long way since their days of busking on the streets of Dublin and after tonight’s performance, I don’t expect them to return there anytime soon…

Find out more about Hudson Taylor by visiting hudsontaylormusic.com