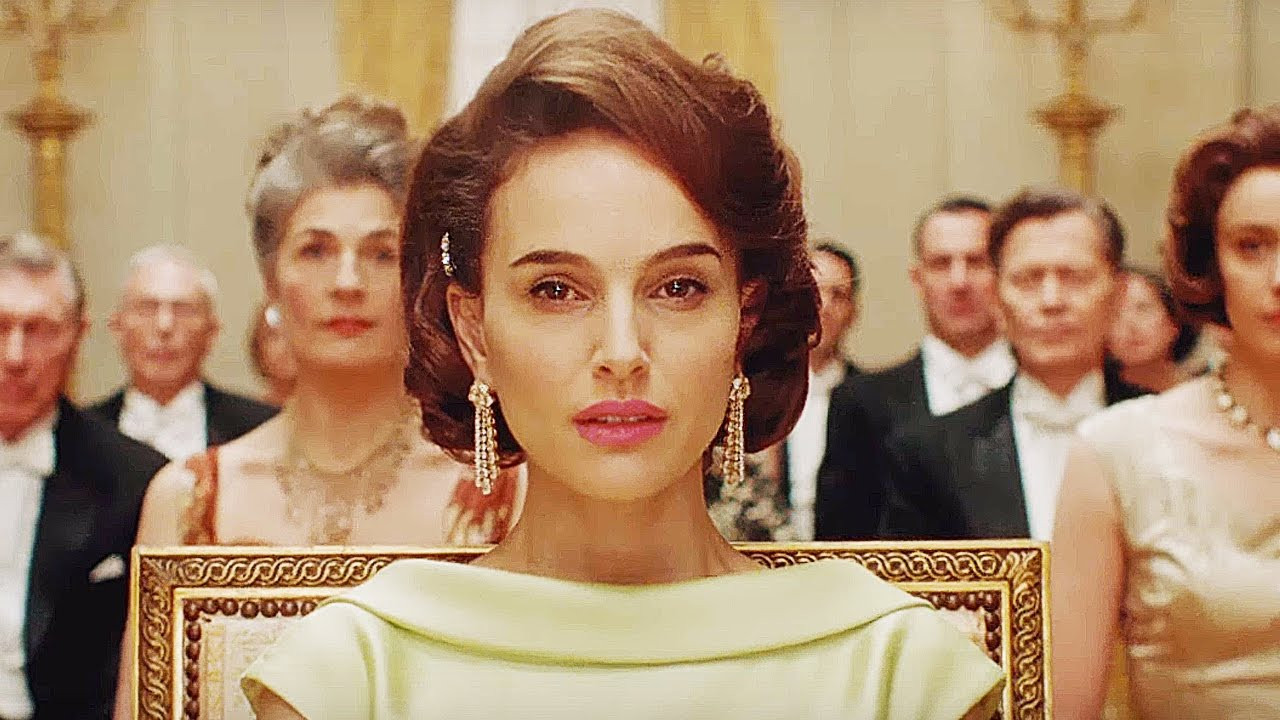 Jackie is hard to describe as a “biopic” because despite the title and the initial expectation of the subject matter from the trailers, poster etc. it’s actually far more and less than what you’d think. The single word title befits a film that explores the entire life and trials of Ms. Jacqueline Bouvier who will later become Mrs. Jackie Kennedy, then Mrs. Jackie Kennedy-Onassis and of course, the iconic yet problematic Jackie O. But this is not that movie: this is the story of Jackie Kennedy at a time when her life is at its most scrutinised.

This is a portrait of a woman racked by fear, rage, regret, confusion and loss as she attempts to navigate the blur that was the week subsequent to the assassination of President John F. Kennedy, an act of violence that serves as one of the most enduring moments in modern US politics and indeed a cultural watershed for the history of the USA.

Given the context of the setting and tone of the film, it’s interesting to see how the creative partnership of director Pablo Larraín and star/producer Natalie Portman would decide to tackle the story and the way that it’s presented. Fortunately, the final product is a brilliant success in pulling off the suffocating combination of grief and intense public glare that inform the plot.

Taking a unique visual style that seems more in line with a european art film than a slick Hollywood biopic and an arresting lead performance by Portman who genuinely appears to inhabit the character of Jackie while bringing something unmistakably new to the character, the film definitely sets itself aside from  many of the standard conventions of a character drama that’s this high profile.

Larraín brings a shooting style that manages to perfectly mimic the mindset that our protagonist is in. In fact, the film itself is presented in a narrower aspect ratio than is normal in today’s film standards, causing the literal frame of the film to feel cramped and uncomfortable. The camera lingers on shots far too long, making the audience look through the eyes of someone so in shock that they can barely complete even the most mundane of tasks before slipping back into the catatonic shock of what they’ve been through only a few days ago.

The camera indeed stalks Jackie through the scenery, almost as if we as an audience are now transposed into being the leering public and stoic governmental figures anxiously watching Jackie’s every move, just waiting for some kind of sign of what comes next. Building further on this cocktail of almost paranoia and low-key horror is the haunting score of composer Mica Levi, whose previous best known work can be heard in the similarly cold Under the Skin (2013).

The film frequently inter-cuts between the drama that’s happening in the real time of the film and a fictionalised newsreel of Jackie giving a reporter a tour around the White House. In these segments, shot in an authentic black and white grainy film stock, it showcases the lingering issue of identity that Kennedy finds herself in, always having to play up to the camera and the audience with choreographed winning smiles and carefully rehearsed idle chit chat. As the First Lady of the United States, she’s constantly playing the character of Jackie Kennedy. As the the film ceases to splice in the White House Tour footage, we realise that even off-camera she’s forced to stay in character, to play the role, when all she would rather do is mourn for the loss of her husband and friend, Jack.

Of course, many of these stylistic formal elements would be for nought if it weren’t for Natalie Portman’s sincere and earnest portrayal of such a figure. Rarely has there been such an undying enthusiasm in an actor’s desire to perform as a real life person and, coupled with the knowledge of Portman’s behind the camera contributions, it brings a true sense of empathy between actor and character. This seeming need to get this idea right is where the true magic of this film lies. Everything within it is designed towards the ultimate goal of serving the memory and person that is Jackie Kennedy.