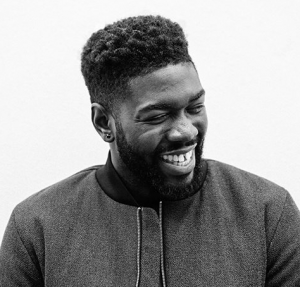 Playing The Other Stage at Glastonbury Festival 2014, touring Europe with Paloma Faith, signing to Elton John’s Rocket Records and writing with Ed Sheeran’s collaborators – it’s safe to say that’s a fairly adequate nine months or so for singer-songwriter Jake Isaac whose latest EP ‘Where We Belong’ is released today. Very much a man on the rise, he’s much hyped and deservedly so with his powerful, soulful, soothing tone lending itself to some beautiful music. If you’ve not heard of him yet, we’re delighted to introduce you to him as it’s likely that he’ll soon be a name on everyone’s lips.

Clash describes his compositions as “A little folk, a little soul. A little pop, but more than a little serious” and after the Londoner’s critically acclaimed 2014 ‘War Child’ EP won over hearts and put our man on the magical map of music, ‘Where We Belong’ should propel Jake to new levels. The EP features the infectious “Home”, the soulful “I’m A Man” (written with Ed Sheeran collaborators Jake Gosling and Chris Leonard), the foot stomping “Fool For You”, and the vibrant multilayered “Till The Sunrise”.

His high profile support slots with darling of the Brit Awards Paloma Faith and Ella Eyre, coming later this month, are a testament to the quality of Isaac as a performer, who I can personally vouch for after seeing his aforementioned performance at Glastonbury Festival. In the mud and rain that day he opened to a small crowd that built rapidly within the first song let alone the whole set. No doubt he’ll embark on another UK tour soon (his last one saw him perform at The Exchange in Bristol in September 2014) and when he does we’ll make sure you’re kept in the loop.

Where We Belong can now be bought on iTunes. For more on Jake Isaac head to iamjakeisaac.com and find him on Facebook and Twitter here.