x
Brooding and confrontational from the outset, director David Gordon Green’s gothic take on hobo Americana shines a light on the ugly side of humanity, whilst breathing fresh life into Nicholas Cage’s career. 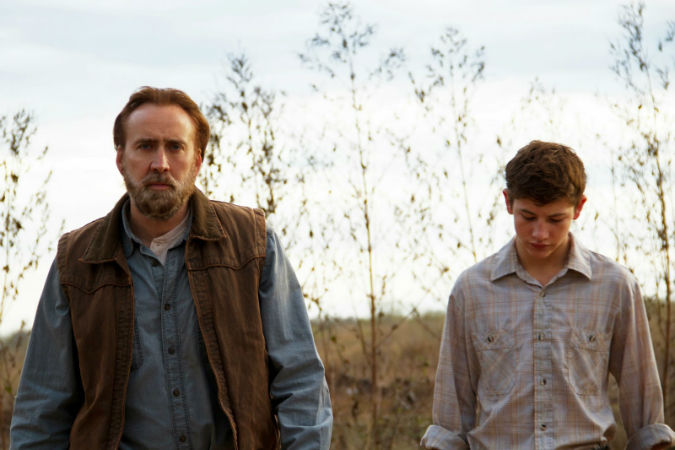 After a striking and ominous opening we follow the life of Joe Ransom (Cage), a grizzled entrepreneur, haunted by his past, who runs a road crew of day labourers he employs to poison trees on behalf of a local lumber company. When a scrawny young drifter Gary (Tye Sheridan) and his father Wade (Gary Poulter), come into his employ Joe senses the opportunity for some kind of redemption in the young stray, as he tries to shelter him from Wade, a monstrous and abusive drunk whose idea of a hard day’s work is smacking his son around and taking the kid’s earnings for himself. Joe is by no means an angel himself, as he drinks and gambles, keeps an exceptionally nasty bulldog as his only real companion and has a long-running feud with a local tough guy (Ronnie Gene Blevins) that grows more and more violent with each exchange. Like the majority of the residents of this Bayeux backwater, Joe uses anything he can lay his hands on – be it perpetual drunkenness, violence, trips to the local bordello, or casual liaisons – to keep the demons at bay and distract himself from the monotony of his existence. It’s a compelling tale that is expertly brought to life by Green’s excellent direction. After directing stoner romps – ‘Pineapple Express’ and ‘Your Highness’ – Green, it seems, has gone back to his low-budget roots for ‘Joe’, mixing as he has, non-professional actors with stars like Cage and up-and-comers like Sheridan. This approach has not though come at the cost of the performances, with fine outings from many of the unknowns. Gary Poulter (Wade, aka G-Daawg), Gary’s vile drunk father, provides one of the most indelible depictions of pure evil that you will ever see. Indeed, if at the conclusion of the film it was revealed he was the devil himself it really would come as no surprise. What makes Poulter’s performance all the more astounding is the fact that he was actually homeless when he was cast – casting agents literally picked him off the street in Austin, Texas (his only other acting credit was a cameo appearance in the sitcom ‘Thirtysomething’). Further to all this, in a tragic case of life imitating art, Poulter himself was found dead in a shallow body of water in September 2013 before the film had even hit cinemas.  An alcoholic and deeply ill, this was not an act for Poulter but just another day in the gutter fighting the demons he knew all too well. It’s this visceral veracity that permeates the entirety of the film and gives it a level of authenticity that is virtually impossible to replicate.

Tales of Cage’s return to form (‘Adaptation’ and ‘Bad Lieutenant’ excepted) are also on the money, as he provides a dazzling reminder of his acting prowess – fully divested of the quirky mannerisms that have dogged most of his performances of late, he has created a characterization that is as spare, lean and undeniably effective as anything he has ever done. Spacious like Refn’s ‘Drive’ but without the soundtrack, ‘Joe’ is also notable for its lack of music and extended dialogue that moves the stroy-lines along at a glacial pace. It is clear Green was more interested in developing character and mood than in simply going from plot point to plot point. Graphic throughout, the violence on display certainly pulls no punches and is as shocking as it is grotesque. Some scenes are so gruesome that they challenge the intense realism of ‘Casino’, or a certain episode from the most recent season of ‘Game of Thrones’, for the title of most visceral violence on celluloid! 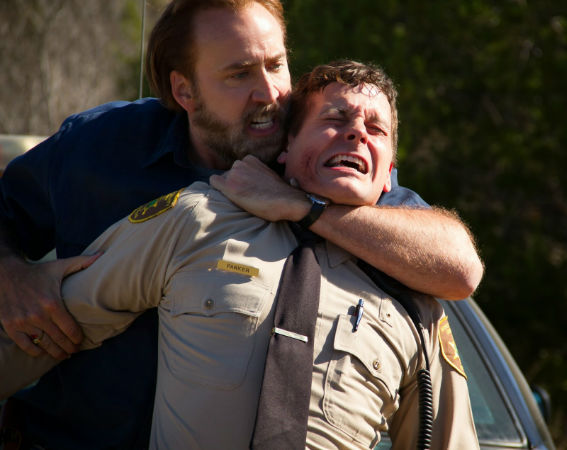 Entertaining comedy asides do offer some welcome respite from the agony. Cage especially is natural and effervescent, and stars in a wonderful moment, shared with Sheridan, where they buddy up to find his dog, a scene which has the rambling charm of a ‘Curb your Enthusiasm’. ‘Joe’ is without doubt a violent swing at the world that leaves you reeling from its brutality, but it is also a fine display from two proud former champs, who show they still have what it takes to get the job done. 8/10 Get down to the Watershed and see it by clicking here. By Kevin McGough
Follow @Thefixmag
Recent Posts
We Like You…