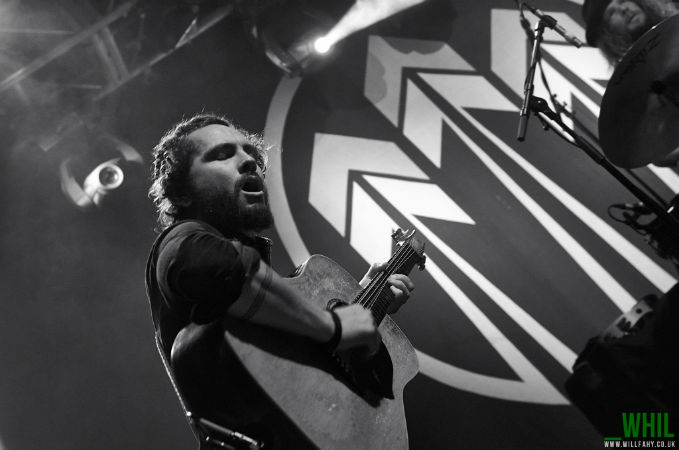 Review by Hannah Bailey – Photos by Will Fahy (willfahy.co.uk) Roots and jam bands are all about the live performance, and character-filled Australian threesome John Butler Trio did not disappoint when they played to a raucous and sweaty sell-out crowd at the O2 Academy on 2 May. John Butler and his current musical partners Nicky Bomba (drums) and Byron Luiters (bass) are touring globally to support their sixth studio album – their first in nearly four years – ‘Flesh and Blood’, and it’s clear from the rapturous reception they got as they ambled onto the stage in Bristol sporting an array of handsomely dishevelled beards, hats and hair, that their fans are ready for some new material. John Butler Trio are unarguably, first and foremost, a supremely talented group of musicians. The show’s emphasis naturally falls on their leader, whose mastery of both electric and acoustic guitar technique takes the audience from slow to fast and back again, often within one track. For the most part, theirs is an approachable, foot-tapping sound which enjoyably blends guitar melodies, metal riffs or feedback, (double) bass lines and percussion, and although some tracks do teeter on the edge of noodliness or muso indulgence, there is a charm to the Trio’s live performance which enables you to forgive this. It is all underpinned by John Butler’s gravelly, soulful voice which lends more than a hint of Chilli Peppers’ Kiedis to the Trio’s sound; his vocal versatility evident as he moves easily from a fast, almost rap-like staccato delivery through chocolate-y melodies to scat-style nonsense ‘la di das’. 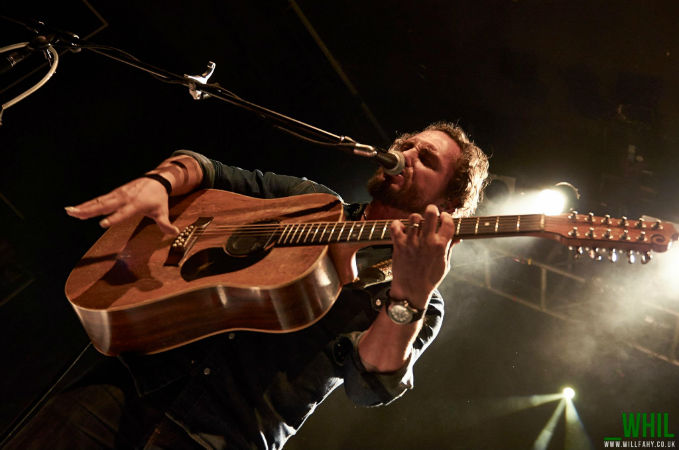 Stand-out tracks – and those which elicited the most enthusiastic audience response – were inevitably the faster-paced songs, although new track “Bullet Girl” is a beautifully simple acoustic number where Butler keeps his voice low and mournful. 2010’s “Don’t Wanna See Your Face” is strongly reminiscent of the punky, pared-down guitars and percussion of the Chilli Peppers’ early-90s hit album “Blood Sugar Sex Magik” – though this is a folky, softer, updated version that retains the foot-tapping energy of that rockier style. “Peaches and Cream” saw Butler deploying some scat-style jazzy vocal harmonising, which is surely evidence of a confident musician at work. The night’s highlight, “Ocean”, performed impeccably, was spellbinding in its entirety. Encore numbers were well-judged outings for a lively new track from ‘Flesh and Blood’ called “Livin in the City”, a grungily upbeat number with a catchy guitar riff and refrain. The Trio finished off with successful 2006 single “Funky Tonight” and its appropriately anthemic guitar and drums intro. The track shows off the musical versatility of the group very well, segueing through drum and guitar solos to build to a crescendo, the audience showing their appreciation by clapping and singing along wildly. All in all, a very lively and engaging band who deserve to have wider popular recognition for their catchy tunes and musical prowess. ‘Flesh & Blood’ was released in February 2014 on Jarrah Records. John Butler Trio are playing dates across Europe, Asia and North America throughout the spring and summer. Click here to be whizzed across the world wide web to their official online home. Johnbutlertrio.com Beautiful faces in the crowd: The Fix’s Arran Dutton was a thoroughly impressed punter on the evening and spotted several musicians from the Glastonbury area watching JBT in awe. These included the boys from Marsh Fires, young singer-songwriter Ben Russell and the sprightly Spencer Cox. If you’re reading lads, whack a comment with your thoughts in the box below!
Follow @Thefixmag
Recent Posts
We Like You…