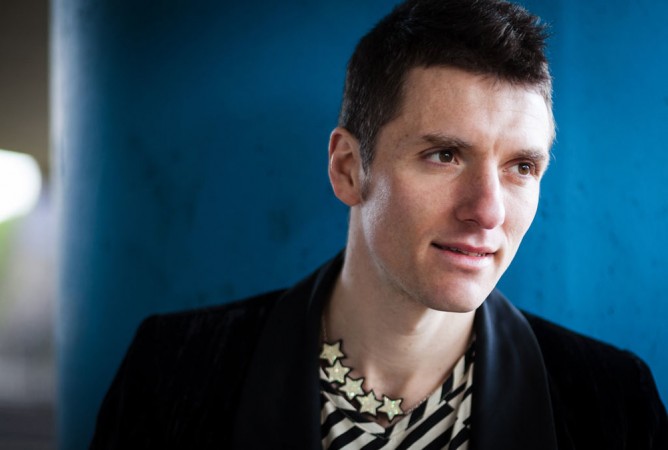 Being as we are in the middle of summer, the Bristol music scene seems a little bereft considering the many artists and music fans currently in the midst of festival season hibernation. However, tucked away for a quietly attended Tuesday night performance at The Louie, local singer-songwriter Jonny Velon’s accomplished musicianship and unique approach to composition offers a shot in the arm that may just see us happily through until September.

Without introduction, Velon and his three bandmates delicately open the set with the hummed beginnings of ‘Travelling’. Centred around gentle fingerpicked guitar, the repeated lyric of “Time and space and light” along with the almost choral aspect of Velon’s vocal offers a slightly otherworldly dimension. New single ‘The White City’ with its staccato acoustic strum and tinges of Donovan-esque folk is a subtle change of pace ably rendered by rapid lead guitar licks and prominent bass.

With Velon abandoning the guitar, he offers up the jaunty keyboard riffs of ‘Cambridge Squeeze’, a song about “making art in a city that doesn’t want you to” and what begins to emerge is a narrative of clear diversity between his songs. In fact, it is a song that exists as a varied entity in itself; driven by its keyboard figure and embellished by funky guitar chords, the track features dramatic breaks and changes of pace as it fluctuates between the dark and the playful.

As a classically trained piano player and jazz enthusiast with a love for both world music and rock ‘n’ roll, Velon is an act for whom it is near impossible to pinpoint the derivation of his sound. The stop/start keyboard of ‘The White Rabbit’ seems to occupy a bizarre space somewhere between Blur and vaudeville, ‘Goodness Flows’ is fuelled by a classical piano piece at its intro while “I Am Always Me” features a swift, blues guitar solo and seems to borrow the funky guitar riff from David Bowie’s ‘Fame’.

Bowie is also a good reference point when considering Velon’s vocal sound. Occasionally he sways between spoken delivery and falsetto but, generally speaking, his baritone style and dramatic, measured phrasing echo that of the Thin White Duke. Velon is clearly also a passionate musical performer; unperturbed by the sparseness of tonight’s audience, he occasionally uses expressive hand actions to interpret his lyrics and one gets the sense that his focused intensity, such as that displayed during ‘High As A Kite’, would remain untouched whether in a similarly low-key environment or a sold out show at the Colston Hall.

Velon’s strength lies in both his varied and effective mining of his myriad influences and the tight musicianship of bandmates who are possessed of a tasteful sensibility of merely serving the songs. All eight of tonight’s songs feature on Velon’s debut Goodness Flows, an album which was funded after he launched a Kickstarter campaign last summer. He is now looking for a commercial release and, on tonight’s evidence, that shouldn’t be too far away. Who knows, maybe before festival season is through.