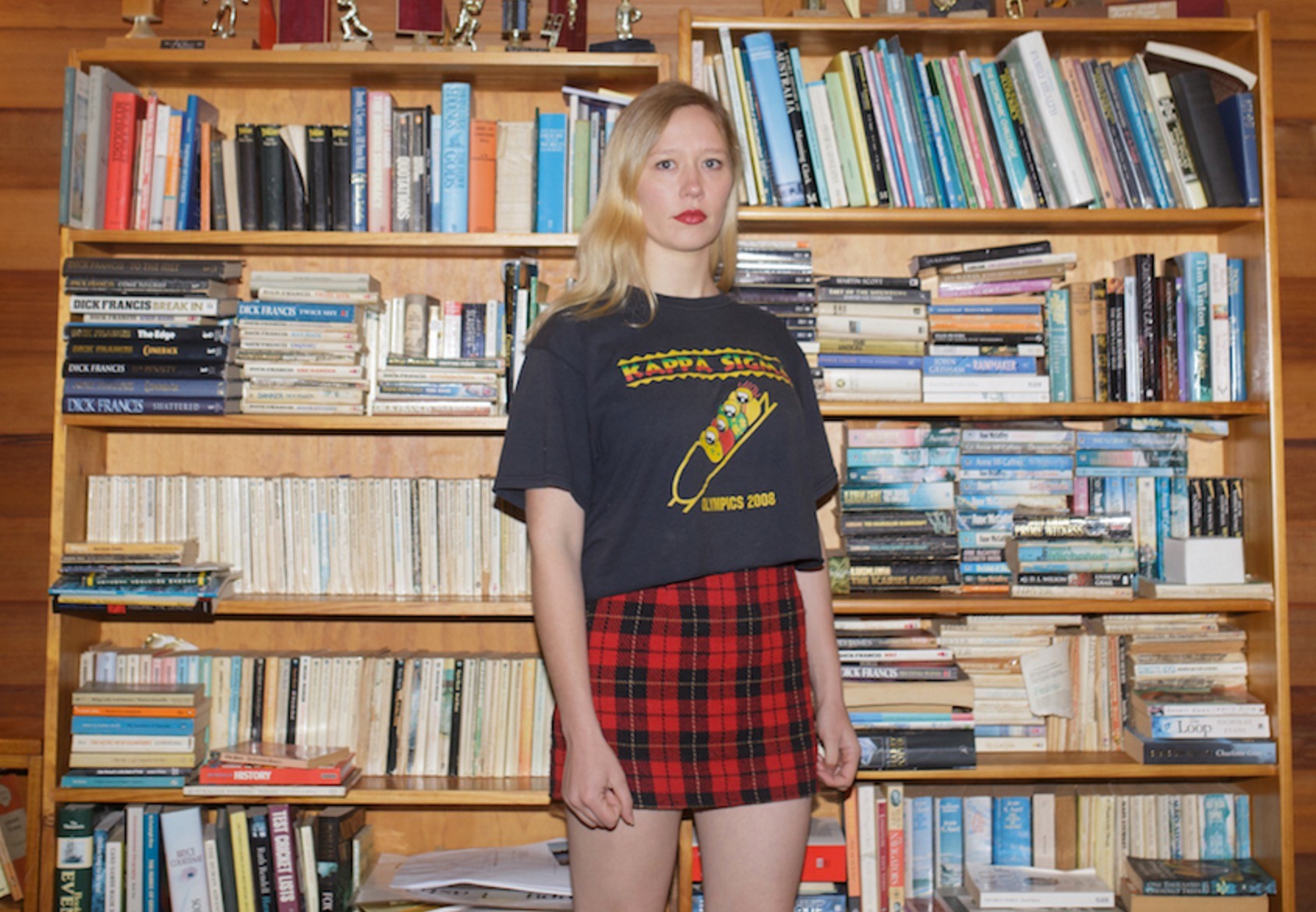 In reading that Celine Dion’s mawkish, chartbusting behemoth, 1997’s ‘My Heart Will Go On’, had been selected by Julia Jacklin as the intro music for her current European tour, one suspected a heavy dose of irony in its use. However, as significant sections of the rammed SWX audience sing heartily along to the first chorus, the Titanic soundtrack’s syrupy excrescence is rendered with an unexpected credibility amongst Jacklin’s indie folk appreciators. Mercifully though, the Sydney born singer-songwriter – adorned in a flowing red vintage dress straight out of The Little House on the Prairie or a Wet Leg video – enters stage left and Dion’s warbling fades into a solo performance of ‘Don’t Let The Kids Win.’

The rather more terrestrial notions of Jacklin’s 2016 debut single – “Don’t let the time go by without sitting your mother down/And asking what life was like for her before you came to be around” – are a piercing antidote to Dion’s overly optimistic paean to cock-blocking icebergs and doomed liners. Jacklin’s bandmates on guitar, keys, drums and bass then join on stage and ‘Be Careful With Yourself’ further reveals Jacklin’s M.O of simple, strummed chord structures and clever, playful and poignant lyricism: “Please stop smoking, want your life to last a long time/If you don’t stop smoking, I’ll have to start, shorten mine.”

Jacklin displays promising early set bantering abilities when she reports feeling bad after forgetting to arrange a local friend’s placing on tonight’s guest list. She then calls out for her pal and all is well when he responds in kind. “Paul is Here!” cries a relieved, smiling Jacklin. Established favourite ‘Pool Party’s’ sparse strumming is bolstered by a chiming lead guitar outro and the song’s finish is greeted by enthusiastic applause. ‘Good Guy’ is ponderous indie-soul and is a prime example of Jacklin’s band providing a hushed, tastefully subdued framework atop which Jacklin’s lyrics and melodies can best thrive. In similar vein, ‘Moviegoer’ manifests a nicely understated, solid backing to Jacklin’s tale of how success can be insufficient in the face of existential ennui.

‘Body’, facilitated by a simple beat and strummed guitar, is a drama-infused, alt-country confessional that concludes with her guitarist inducing joyful cheers in cracking out a tambourine. Considering that it’s the first UK audience to appreciate the tambourine interlude, Jacklin thanks the crowd and states that tambourine love is usually just a US thing.

Later, there’s a nice moment when Jacklin informs us that playing in this part of the world is “emotional” for her; she tells the story of moving to the UK in the pursuit of a doomed romance at 21 years of age before settling for a while in Bath and – via hostel and café jobs, and an atrocious boss – showcasing her very first songs at The Bell Inn’s open mic nights. Many in the audience are sure to be surprised and touched that Jacklin’s musical career was effectively born in the West Country.

Ironically introduced as a “party number, for all the lovers in the crowd,” the soulful ‘Don’t Know How to Keep Loving You’ – a nicely observed lament of falling out of love in the grip of long term familiarity – remains Jacklin’s most effective tune. It does take a couple of attempts tough; suspecting that she is singing out of key, she halts the performance, has a brief practice to regroup and begins again.

In view of Jacklin’s largely restrained style, it’s a welcome gear change when the upbeat trilogy of ‘I Was Neon’, ‘Head Alone’ and ‘Pressure To Party’ brings proceedings to a near close. Jacklin double punches the air in the slightly playful style of a football fan celebrating a goal before, in mocking the formality of the traditional encore, the band remain in place to perform closer ‘Hay Plain.’

Halfway through tonight’s set, an audience member fills a silent moment between songs with a bellow of “You’re Crushing It!” and Jacklin reacts with a nicely executed bow. It’s a moment as good as any to summarise the evening; back in the region of her musical birth, Jacklin has indeed crushed it.