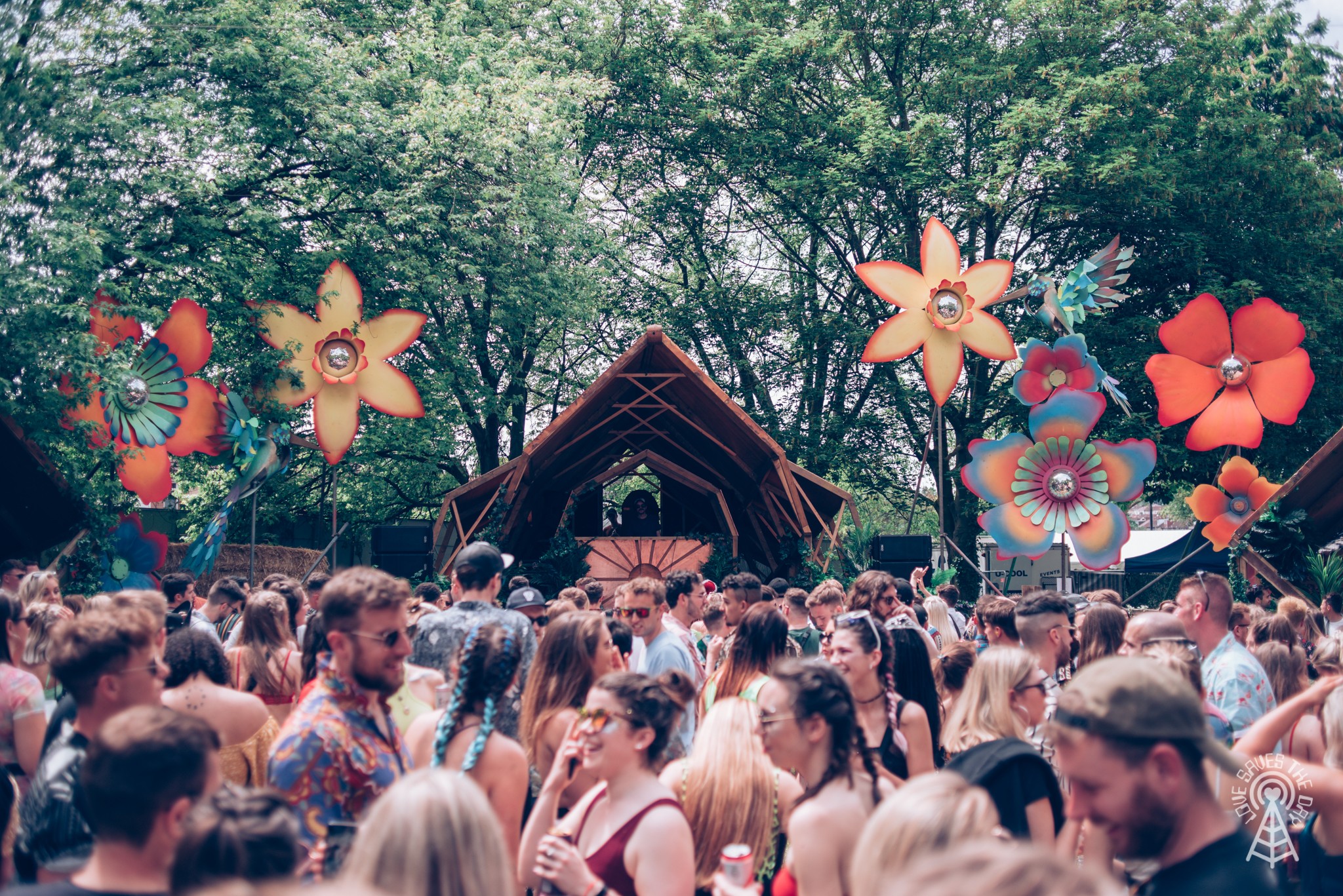 Another year, another chance for Bristol festival mainstay Love Saves the Day to add to its outstanding legacy for promoting world class electronic music, top notch production, and unbeatable people watching. While underground music aficionados can revel in thumping soundsystems and a line-up to rival any inner city music festival, the real icing on the cake is being able to watch Generation Z gurn themselves into oblivion while trying to still present themselves as sexy young things.

On Saturday, the highlight was undoubtedly the Lost Gardens, taken over for the day by mischief-maker Artwork, who displays the sadly declining art of doing shout outs over records – something which, if done right, can add sparkle to any crowd-pleasing tune. Having whipped up the dancers to a mid-afternoon euphoria with a combination of disco classics and wedding favourites, he left the stage to the Harold Melvin & the Blue Notes version of Don’t Leave Me This Way – a track almost unique in its combination of melancholy and jubilation.

Next up were Horse Meat Disco, starting off with Chic and rarely straying from the underground gay disco sound that has brought them success. Black Arabs’ little known funky version of Anarchy in the UK was a standout, as was Loleatta Holloway’s Love Sensation, which had so many people in the crowd jumping and singing along to every single word, it could easily be 1980 all over again.

Next up was Orpheu the Wizard on Brouhaha stage, the Amsterdam selector munching through a range of hard house audiosnacks. We were momentarily distracted by a woman with copious amounts of blood pouring down her chest. The blood was eventually dammed thanks to the off-duty nurse I was attending the festival with. Slightly less helpful was the security guard repeatedly shouting at her “ALCOHOL THINS THE BLOOD”. It was tempting to reply that yes, indeed alcohol does thin the blood, but this particular nosebleed might have more to do with the copious amounts of cocaine the young woman had been shovelling up her conker.

Lily Allen finished off the Saturday by drawing a huge audience to the Main Stage, and playing a crowd-pleasing set of summery pop, including singalong favourite Smile. 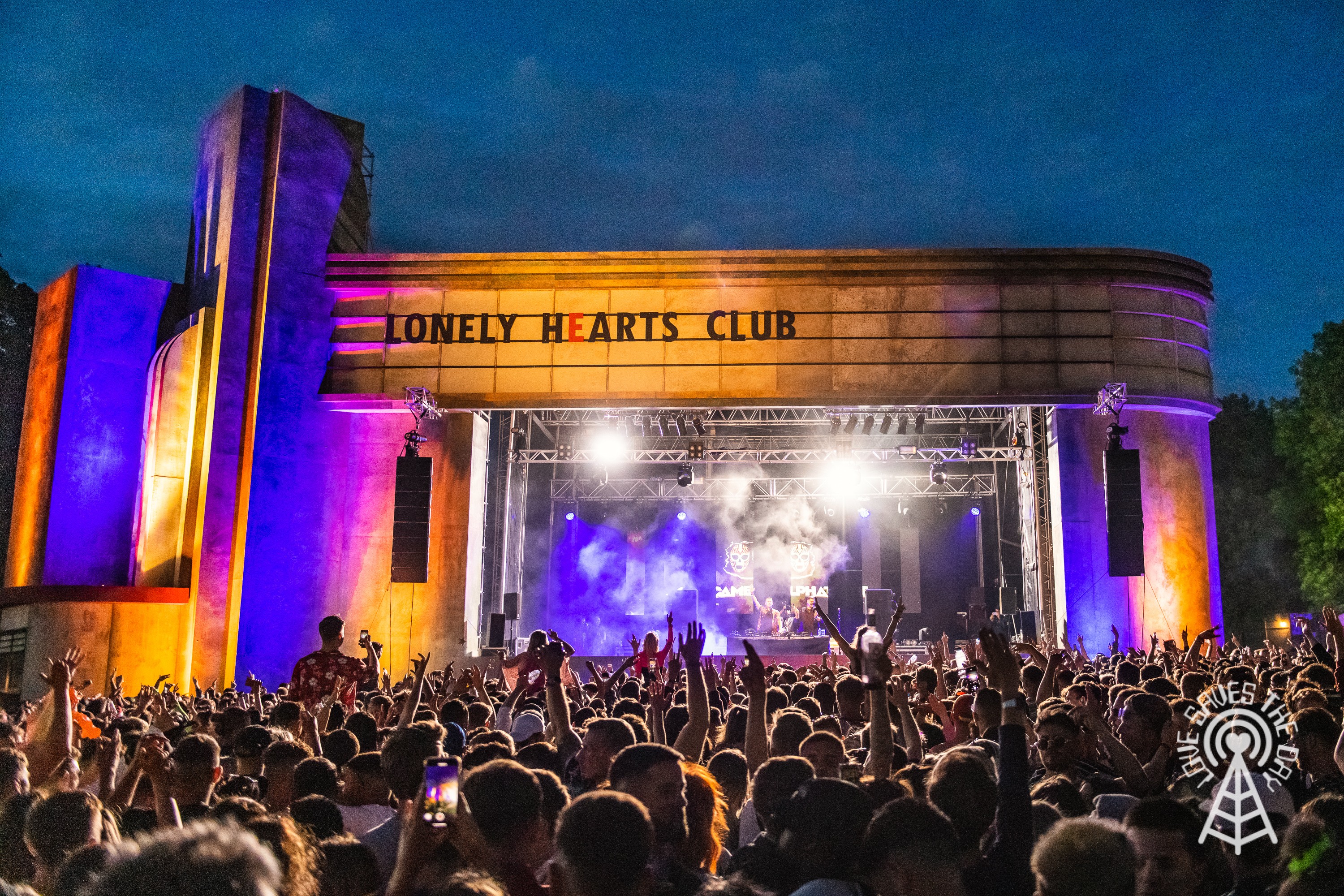 Sunday featured more of a dub vibe, reggae legend David Rodigan proudly proclaiming that he was celebrating 40 years of DJing during his set on Lonely Hearts Club stage. Meanwhile, Bristol promoters Hot Buttered Soul, Bodywork and Soulworks closed the Shambala stage with a superb 2 hour back to back session. Kicking off with Inner Life ft Jocelyn Brown’s Ain’t No Mountain High Enough, the scene was set for a blissful dancefloor and some impromptu mass synchronised dancing.

Once again, the day was stolen by the drug addled antics of youthful revellers, from teenage twerkers pouting, staggering, and showing off most of their fannies, to lads faceplanting at 3pm. The latter turned out to be quite resistant to help from my accompanying nurse. She calmly went through a list of drugs he might have taken in order to identify how he might be feeling, only for each narcotic to be greeted with a rambunctious “FUUUUCK OFFFF” from the lad in question.

Once again, Love Saves the Day has proven itself to be a joy on multiple fronts. The line-up is superb, the stages look incredible, and for an ageing 29 year old, there is no better way to spend time in between sets than watching young posers try to be sexy, take too many pills, and make absolute twats of themselves.